The Department of Justice has reconstituted a relic from the 1990s, and paired it with four new strategy pillars, to try to stop an alarming rise in domestic terrorism incidents.
Listen now to WTOP News WTOP.com | Alexa | Google Home | WTOP App | 103.5 FM

The Department of Justice has reconstituted a relic from the 1990s, and paired it with four new strategy pillars, to try to stop an alarming rise in domestic terrorism incidents.

The Domestic Terrorism Executive Committee, created after 168 people were killed in the 1995 Oklahoma City Bombing to share information across federal, state and local law enforcement departments and agencies, has been resurrected.

The four pillars of the new DOJ strategy include:

Attorney General Merrick Garland, who announced the strategy on Tuesday, compared the Jan. 6 riot at the Capitol, which he called “a large and heinous attack,” to the Oklahoma blast carried out by Timothy McVeigh out of his grievances with the U.S. government.

There are several similarities between the events, including anti-government violence, and the fact they were carried out by people known to associate with white supremacist organizations.

While the number of casualties from the riot paled by comparison to the Oklahoma City attack, the shock that swept the nation was comparable.

In the 160 days since the riot, more than 480 people have been arrested and face hundreds of charges including attacking law enforcement officers, obstructing justice and using deadly and dangerous weapons in an attempt to stop the certification of the 2020 presidential election.

The attack on the Capitol, which is believed to have contributed to the death of five people, including a Capitol police officer, and injuries to more than 140 officers, was a low point for many current and former law enforcement officials.

Retired FBI Special Agent Tom O’Connor, who spent most of his career investigating domestic terrorism said, “This is probably the worst I’ve seen it in the 23 years that I’ve worked domestic extremist activity in the United States. And it’s not going to get any better anytime soon, because it keeps getting pushed further down the road.”

O’Connor is referring to baseless, QAnon conspiracy theories, including a new one suggesting that former President Donald Trump will return to power in August.

That, he said, is a driver of concerns about future domestic extremist violence.

The FBI warned in an alert on Monday:

We assess that some DVE adherents of QAnon likely will begin to believe they can no longer “trust the plan” referenced in QAnon posts and that they have an obligation to change from serving as “digital soldiers” towards engaging in real world violence—including harming perceived members of the “cabal” such as Democrats and other political opposition—instead of continually awaiting Q’s promised actions which have not occurred.

Garland said the strategy is designed to be a “whole of society” approach that extends beyond U.S. borders.

Garland pointed out that the robust strategy is not a panacea: “The only way to find sustainable solutions is not only to disrupt and deter but also to address the root causes of violence.”

The departments of the Treasury, Homeland Security, Defense, and Health and Human Services all have roles in the effort.

The new strategy will face challenges, according to a senior Biden administration official, including the need for more personnel and money.

“This threat — as the professionals and experts in our government conveyed in that March assessment and at other opportunities — is elevated,” the official said.

Budgeting efforts are underway to secure all the resources needed for this priority.

However, even if the administration gets all of the resources it requires, Garland warned, “the national strategy realizes that we cannot prevent every attack.”

According to a Washington Post analysis in April, “Since 2015, right-wing extremists have been involved in 267 plots or attacks and 91 fatalities, the data shows. At the same time, attacks and plots ascribed to far-left views accounted for 66 incidents leading to 19 deaths.” 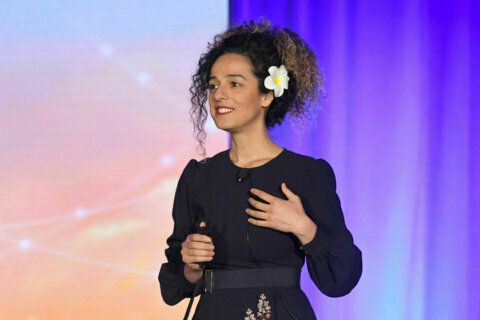 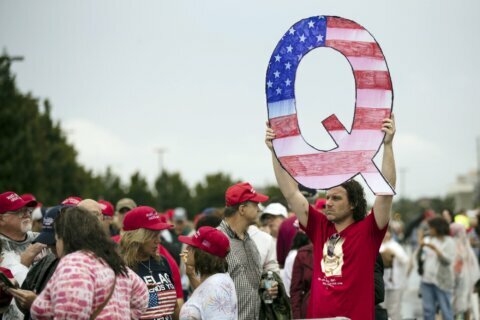 The Hunt: QAnon remains a threat to members of Congress

The Hunt: The role of women in extremist activity