Estonia: Leveraging the past, US alliance to chart future course

After a 2007 cyberattack that disabled its government, banking and media, Estonia warned other countries to watch out for Russia. As a new threat emerges, Estonia is again keeping a vigilant watch. WTOP national security correspondent J.J. Green talks with American and Estonian experts on working together to keep cyberthreats at bay.
Listen now to WTOP News WTOP.com | Alexa | Google Home | WTOP App | 103.5 FM

Estonia is the 132nd-largest country on the planet, but it’s the world’s most technologically advanced nation. It’s also America’s most critical ally in Eastern Europe and the U.S. state of Maryland’s “State Partner.” The nations share a rich, cultural connection. From long-standing historical links to modern strategic military and geopolitical bonds, the two countries’ futures are intertwined. WTOP national security correspondent J.J. Green traveled there to explore the significance of the connections and Estonia’s growing presence on the world stage. In this short series of articles, he reveals the people, ideas and relationships contributing to the ascendancy of Estonia.

TALLINN, Estonia — Sitting near a window at a wooden table with stylish metal chairs at Poobel, a trendy modern pub near Old Town Tallinn, on a rainy Saturday afternoon on May 25, Eeva Eek-Pajuste sipped on a local craft beer and nibbled on smoked salmon.

“We could have said, we told you so,” the elegant, sharp-witted and very intelligent Russia expert said.

She was referring to the fact that Estonia — still reeling from a brutal cyberattack in 2007 that disabled the country’s government, banking, media and many other everyday activities — cautioned other countries about Russia’s intentions.

Eek-Pajuste, the director of the Estonia’s famed Lennart Meri Conference (LMC) — part of the International Centre for Defence and Security known for its Russia expertise — said in an interview that the West was warned about “Russia’s imperialistic tendencies and rising menace to international order before the Georgian war in 2008 and long before Crimean occupation in 2014.”

But instead of choosing the shortsighted, self-gratifying option of reminding the world that they predicted Russia’s behavior, LMC and the country have chosen the long game.

Everyone in the defense and intelligence communities knows what that means: Look out for China.

While still keeping a very close eye on Russia, Eek-Pajuste said, “The conference is about emerging dangers. It is about trying to define today what will be the worries of security and foreign policy tomorrow.”

This year, to no one’s surprise, at the three-day conference last month, where top thinkers, decision-makers and researchers analyzed the political hot spots and made educated guesses, every single discussion included China.

China has made huge investments all over the world as a part of its “Made in China 2025” program that’s designed to make China the world’s No. 1 economy by the year 2025. China has also set its sights on Estonia. “China has made a primary offer for a huge investment of building an undersea tunnel between Estonia and Finland,” Eek-Pajuste said.

And Eek-Pajuste, the recipient of the Order of the White Star, a prestigious award given for service to the Estonian state, sounded the alarm again, just as she and others in Estonia did after the 2007 attack.

“Europe needs to quickly to educate an amount of good-level China specialists, not just Sinologists, who speak the language and love the culture, but the specialists who are able to orient in China’s mindset and policy culture.”

“If not,” Eek-Pajuste said, “We shall lose this game.”

The United States enjoys an ‘outstanding relationship with Estonia’

At about 6:45 p.m. on May 28, a very energetic Elizabeth Horst, the chargé d’affaires at the U.S. Embassy, swiftly entered a conference room, looking as energetic as if the day had just begun. In reality, she had been awake since the early morning hours, working on U.S. government business in Estonia.

Sitting down for an interview, she placed an elbow on a table displaying a cast on her right hand, which she injured during a recent gym workout. It’s another sign of the boundless energy she seems to have.

Asked about the state of U.S.-Estonia relations, Horst, emphatically stated, “The U.S. enjoys an outstanding relationship with Estonia. In my 19 years in the State Department there’s been a few countries where we’ve enjoyed such a deep partnership across so many sectors.”

Horst, funny, smart and tough, has relied on all of those assets while serving in some very austere and hostile places in those 19 years, including Afghanistan, Pakistan, Moscow and Tajikistan.

The most important sectors that the U.S. and Estonia collaborate on is defense.

“Let me say that the United States and Estonia are both NATO allies. So within the alliance, we work together on our collective trans-Atlantic security,” Horst said. But she pointed out that not all Americans get why the collaboration is so important.

“I think sometimes for Americans that seems like a very abstract concept; but here in Estonia, it’s very real because this is the eastern frontier of NATO, and there are threats that are across the border.”

The other side of the border she refers to is Russia; and the threats linked to Moscow are assorted and mostly nefarious. The most likely Russian threat to be deployed against Estonia, or any other country for that matter, is some variation of a cyberweapon. And the cyber criminals linked to Russia are peerless.

According to a 2019 assessment by American cyber security firm CrowdStrike, Russian hackers can break into a network in an average time of 18 minutes and 49 seconds. The next-fastest nation-state sponsored hackers come from North Korea and it takes them two hours and twenty minutes.

The threat is formidable and pervasive.

“No nation has been able to dodge the cyber bullet,” said Brig. Gen. Maria Biank, director of the joint cyber center at the U.S. military’s European Command (EUCOM).

Speaking at the NATO Cooperative Cyber Defence Centre of Excellence, CYCON 2019 cyber conference, in Tallinn on May 29, she drew laughter from the room when she said, “Cyber moves at the velocity of cyber.” But she, chuckling herself, made it clear that it’s no laughing matter and that the U.S. takes its cyber security relationship with Estonia and NATO very seriously.

“Cyber is ever-changing, there are no boundaries and that’s why it has to be a collaborative effort. It’s a team sport,” Biank said.

The U.S. and Estonia have invested heavily in their relationship. Their military spend a lot of time training together. Most of that time is spent in Estonia or in Maryland, with the Maryland National Guard, which joined with Estonia in the U.S. State Partnership program in 1993.

“This year, there were over 50 military-to-military engagements scheduled between the MDNG and the Estonian Defense Force and the Estonian Defense League,” said Capt. Ben Hughes, coordinator of the State Partnership Program for the Maryland National Guard who added, “We able to form long-term, professional and personal relationships with our counterparts as we regularly work together for years.”

The partnership extends far beyond just capacity-building, interoperability and security cooperation but it’s a friendship both countries hope will guide them together through the dangerous business of life on NATO’s eastern front.

Next: Estonia, the U.S. and NATO providing for the common defense 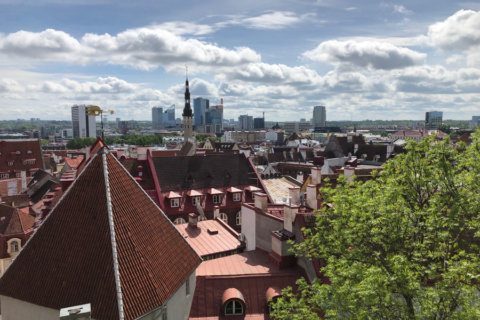 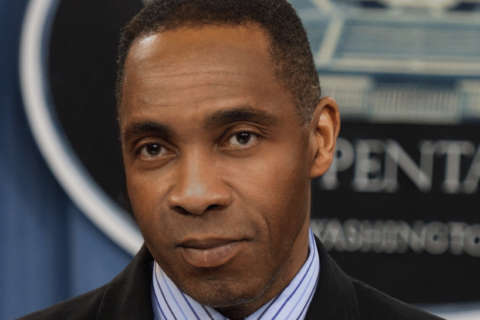