Paul Whelan's twin brother recounts how he found out the Michigan man was being detained in Russia, accused of espionage — and intelligence experts weigh in on why he might have been targeted.

WASHINGTON — Paul Whelan flew into Moscow on Dec. 22. He was there to attend the wedding of a fellow former Marine on Dec. 28.

His twin brother said that was when very “odd” things started happening.

“After having participated that morning in a tour of the Kremlin and the armory with the people who were attending the wedding, he just disappeared,” David Whelan told WTOP.

“He didn’t attend the wedding, which occurred that night. The groom attempted to contact him after the wedding was over, and there was no response from him, which is extremely uncharacteristic.”

So the groom, whose identity is being protected, reached out to the Whelan family to convey his concern.

After a weekend of anxiety, David Whelan got to work early on New Year’s Eve.

“I’m a law librarian, so I got up first thing in the morning, and I got on the internet and started searching for things like ‘American killed in Moscow,’ ‘American car crash Moscow’ — that sort of thing. Eventually, I came across the news wires reporting that he had been detained.”

No one had seen or heard from him since the previous Friday, and Whelan’s discovery that his brother was alive immediately buoyed the spirits of the family.

“But then,” he said, “immediately, you’re hit with the horror that some member of your family’s been detained in Russia on charges that are obviously very serious.”

Espionage was the charge. The Russian government claimed via state-sponsored media channels that Paul Whelan had been arrested in the Metropol hotel in Moscow after having received a USB drive that contained the names of employees of a secret Russian agency.

David Whelan doesn’t deny that might have happened but is steadfast about his brother’s innocence.

“Do I believe that he was in the possession of it? I could see how that might happen. Do I believe he was probably entrapped into having that in his possession? I think that’s much more likely. I don’t think Paul would have been the sort of person who would have taken that risk.”

Espionage or spying, especially in Russia, is nothing to play with.

Whether Paul Whelan was aware of what he was receiving is not yet clear, based on available information, but David Whelan is adamant that his brother “is not a spy — he’s a tourist.”

Former spies said it was highly unlikely Paul Whelan would’ve been working for the CIA.

“It’s not out of the realm of possibility. The CIA doesn’t always work with Boy Scouts,” said Valerie Plame, a former covert CIA covert operations officer.

But, she added, “I find it really hard to believe that someone with a dishonorable discharge from the U.S. Marines would be recruited into the CIA in that sort of capacity and be asked to provide espionage activities.”

A likely explanation for what happened, according to Plame, was Paul Whelan might have been a convenient target.

“He enjoyed playing in this sandbox. He was on the Russian equivalent of Facebook, he works in security and fits the profile of someone that Russia could plausibly say, ‘This guy’s a spy, because he’s former military, now works in security,’” Plame said.

“At first glance, it would appear Moscow misjudged their target for a sting and eventual swap operation — if, in fact, that’s what this was. If the Russians had run better due diligence on Whelan, they may have uncovered his checkered past and chosen a different target for their sting.”

But according to Maness, now director of Trapwire, it was precisely Paul Whelan’s history that could’ve made him a prime target for recruitment as well.

“Whelan’s dishonorable discharge, possible criminal activities and his infatuation with all things Russian would have actually made him a nice target for recruitment by the Russian intel services. As a case officer, his background and vulnerabilities would be exactly what I’d be looking for to formulate a recruitment pitch,” Maness said.

But Maness, like other current and former spies, is always analyzing every situation to see if what appears obvious connects with reality.

“Did the Russians perhaps pitch him, and he rejected it?” he wondered aloud. “Did that force them to switch gears and turn this into a sting and arrest? It’s certainly a possibility.”

The Kremlin has treated Paul Whelan as a high-priority target, holding him in the notorious Lefortovo prison, a Cold War-era facility known for cold showers, isolation and intense interrogations.

Though there’s no evidence Paul Whelan has been mistreated, David Whelan is worried about what’s happening to his brother inside the prison.

“I just know what everybody else knows. By reputation, it appears to be a nasty place to be. I wouldn’t wish it on my enemy, let alone my brother,” he said.

David Whelan also said a number of odd occurrences have taken place since his brother has been held there.

One situation that concerns the family involved the disappearance of Paul Whelan’s eyeglasses and the appearance of a certain Russian lawyer named Vladimir Zherebhenkov, before anyone from the U.S. Embassy was allowed to visit him.

By the time U.S. Ambassador to Russia Jon Huntsman saw him — almost 72 hours after his arrest — Zherebhenkov, who is not an English speaker, had been named as Paul Whelan’s lawyer.

“It was a strange situation. I’m still not 100 percent sure that Paul did select him, at least in the way that we were expecting. I think what’s strange about it is that Paul was in Lefortovo and didn’t have his eyeglasses,” David Whelan said.

More importantly, he added, “when the American embassy staff met with him, they were able to translate a request that Paul could have his glasses,” something family expected his lawyer would’ve done.

“Mr. Zherebhenkov doesn’t speak English, and so it would just seem to be a very strange choice for someone to hire a lawyer who doesn’t speak his own language,” Whelan said.

Other questions about the glasses for U.S. investigators include: What happened to Paul Whelan’s glasses? Were they taken away from him in the prison? Were they damaged in some way? Were they lost during the apprehension?

With many unanswered questions swirling, his freedom is foremost on his relatives’ minds. It’s not clear if or when he will be released on bail. The most his family can hope for at this point are consular visits and clarification from Russian officials of details regarding the charges he’s facing.

The U.S. State Department and the governments of Canada, Britain and Ireland all told WTOP they are seeking access to Paul Whelan. However, both Canada and Britain said they are very concerned about the situation.

In the meantime, David Whelan said he and his family will continue to advocate for his brother and hope other Americans, Canadians, British and Irish citizens will join them in their quest to free him.

“Nobody wants to see a citizen locked up in this way,” Whelan said. “We have no charges officially from the Russian government that detail exactly which elements of the espionage act are they talking about, and it’s all very concerning because of the lack of information.”

EDITOR’S NOTE: Russian state media are reporting Friday that Whelan’s lawyer has filed an appeal against a Moscow court’s decision to detain him. Michigan man held for spying in Russia was frequent visitor

US ambassador meets with American held for spying in Russia 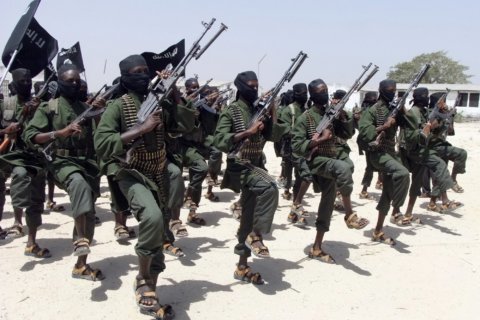