WASHINGTON — A year ago, a terror attack in Belgium rattled western aviation security officials to the core. The aftershocks continue today as they try to make adjustments to prevent a similar or worse disaster from occurring. 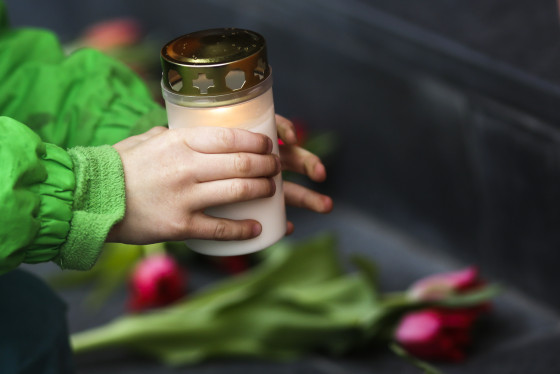 Reaction to the pair of bombings in Brussels in 2016 was swift as western countries increased security at transit hubs.

On the morning of March 22, 2016, 32 civilians and three terrorists were killed, and 300 people were injured in three coordinated suicide bombings in Belgium. Two occurred at Zaventem Airport and one at Maalbeek metro station in central Brussels.

“This is a very important moment of unity and collective sympathy for the victims and survivors, involving the general public and the authorities,” said Cedric Bisthoven, spokesman from the Belgian Embassy in Washington, in a statement on the anniversary.

He said the diversity of the 32 people who were killed and the hundreds injured from 15 different nationalities is a clear indicator “that by targeting Brussels, the terrorists were aiming not only at Belgium,” but the world.

The attacks were executed by members of the so-called “Paris cell,” which was responsible for the killing of 130 people and injuring 368 on Nov. 13, 2015 in Paris.

Last year in Belgium, authorities realized that western airport security might be just as vulnerable to attack as that in unstable, war-torn countries because terrorist knowledge continues to evolve.

The attacks in Belgium occurred a little more than a month after a terrorist aboard Daallo Airlines Flight 159 leaving Mogadishu, Somalia, on February was blown out of the plane — 11,000 feet in the air — while detonating a bomb in a laptop that was slipped aboard the aircraft.

“I can tell you that aviation is still, for many reasons, one of the number one targets of interest for terrorist groups and individuals who are connected to them.”
— Peter Neffenger, former TSA administrator

The concern triggered that day has lingered and figured prominently in the U.S. decision to institute a partial electronics ban that applies to flights from North Africa and the Middle East to the U.S.

WTOP asked the Department of Homeland Security for information about the decision and was provided with a list of questions and answers posted on its website.

“The U.S. Government is concerned about terrorists’ ongoing interest in targeting commercial aviation, including transportation hubs over the past two years, as evidenced by the 2015 airliner downing in Egypt, the 2016 attempted airliner downing in Somalia, and the 2016 armed attacks against airports in Brussels and Istanbul,” according to the lengthy Q&A document.

Peter Neffenger, former administrator at Transportation Security Administration, confirmed for WTOP recently that terrorist organizations remain fixated on attacking airplanes: “I can tell you that aviation is still, for many reasons, one of the number one targets of interest for terrorist groups and individuals who are connected to them.”

Part of it, according to Neffenger, has to do with the commitment of some foreign terrorist organizations to attack the west any way they can, but another is terroristic ego.

“There’s a spectacular nature to attacking aviation. First of all, it says something about you as a terrorist group if you’re able to get through all the systems designed to prevent damage. But it also has a huge psychological impact and a very large economic impact,” Neffenger said.

As to why the electronics ban is being imposed now, DHS said in the Q&A statement: “We have reason to be concerned about attempts by terrorist groups to circumvent aviation security and terrorist groups continue to target aviation interests. Implementing additional security measures enhances our ability to mitigate further attempts against the overseas aviation industry.”

Fred Burton, vice president of intelligence at Stratfor, believes the situation is more urgent, saying, “I think the threat is singular and specific in nature; therefore, the U.S. government had to disseminate the information as quickly as they possibly could.”

As a result of the ban, until further notice, passengers flying to the U.S. from 10 airports aboard nine airlines from eight countries in Africa and the Middle East will have to stow electronics larger than 6 inches long, 4 inches wide and ½ inch deep in the cargo hold of the planes.

A similar ban implemented by the British government applies to inbound flights to the U.K. from Turkey, Lebanon, Egypt, Saudi Arabia, Jordan and Tunisia.

Belgium is aware that terrorists embedded in the region are intent on more attacks there and, according to Bisthoven, the country “has taken significant steps to raise its security profile, not just at airports and on planes, but today, we can say that Belgium is in a better position to control the terrorist threat.”

“The threat level in Belgium, like in the neighboring countries, is still relatively high.”
— Cedric Bisthoven, spokesman from the Belgian Embassy in Washington

New measures include the “extension of the scope of terrorism offenses, possibility of withdrawal of citizenship and passports, new security measures at BRU Airport, house searches allowed 24 hours a day for terrorist offenses, and a significant increase in terrorists convictions from 55 in 2014 to 100 in 2016,” said Bisthoven.

DHS said in its statement: “The new procedures remain in place until the threat changes. These are risk-based decisions and TSA continuously assesses security risks and seeks to balance necessary security requirements with their operational impact on the industry.”

As far the U.K. ban goes, the Department of Transport posted a Q&A page similar to the DHS site and says on the page, “We will continue to take all the steps we believe are necessary to put in place security measures we believe will be effective and proportionate. We keep our aviation security measures under constant review.”

Belgium is not expecting any sudden let up in the terror threat and is preparing for the long haul.

“We recognize that this is a long-term effort, which will have to be sustained by the citizens and authorities alike. The threat level in Belgium, like in the neighboring countries, is still relatively high,” said Bisthoven.

Among the new challenges facing Belgium, he said, is that “several of those who went to Syria and Iraq will eventually come back into Belgium and radicalization of young, disaffected people needs to be combated in an intelligent, sustainable and creative way.”