One element of the fight against terrorism is an effective counternarrative. That is something the United States, according to numerous experts, does not have.
Listen now to WTOP News WTOP.com | Alexa | Google Home | WTOP App | 103.5 FM

WASHINGTON — Operating a global terrorist recruiting scheme online, The Islamic State of Iraq and the Levant (ISIL/ISIS) recruited and deployed thousands of fighters for years before the world caught on.

Underestimation of the group’s capabilities and counter-messaging blunders by western nations, including the U.S., have in part, allowed the group to thrive online — even today.

But the tables are slowly turning.

“The first sign that we’ve made progress is that we’ve been able to contest the space,” Khuram Zaman, CEO of Fifth Tribe, a digital strategy firm that often monitors terrorist communications, told WTOP.

“In the past, groups like ISIS, al Shabaab and al-Qaida had free reign online, there was very little content being produced to counter them,” Zaman said.

But in late 2015, the well-coordinated, ISIL-directed attack in Paris that killed 130 people and injured 368 triggered a change.

“What you’ve seen since the Paris attacks are a lot more people online, directly pushing back against ISIS. You also see a large number of people that are regularly reporting accounts and taking them down,” Zaman said.

But that’s only one element of a fight that requires multiple, complementary tools — one of which is an effective counter-narrative.

That is something the United States, according to numerous experts, does not have.

WTOP contacted the State Department for a description of how its counter-messaging operation works. A spokesperson said in an email the “Global Engagement Center, an interagency entity housed at the State Department, is charged with coordinating U.S. counterterrorism messaging to foreign audiences.”

“The Center plays a key role in countering ISIL’s messaging. Designed to be an agile, innovative organization, the Center uses modern, cutting-edge technology and takes advantage of the best talent and tools throughout the private sector and government,” the statement read.

But many questions have risen about whether the approach works.

“I certainly think that we have not found a very good way of countering (terrorists’) narrative,” said Martha Crenshaw, senior fellow at the Center for International Security and Cooperation at Stanford University.

The difficulty, according to Crenshaw, appears to be rooted in playing catch up without a well thought-out plan.

“We’ve talked for years about developing some sort of counter-narrative. Rather than having an independent narrative of our own, we seek to ‘counter’ the jihadist narrative, which means that we are already on the defensive. We are offering a rebuttal of their argument,” Crenshaw said.

“I’m afraid that many of our policy actions feed into the story that (terrorists) like to tell — that the United States is against all Muslims and against Islam — rather than specifically against organizations such as ISIS or al-Qaida,” she added.

While the U.S. has struggled to come up with the right words and strategy to discredit ISIL, a debate developed during the later stages of the Obama administration about whether the government should run such an operation.

The struggling campaign “raises the bigger strategic question of whether the government should be in the business of counter-messaging in the first place. That’s a conversation you see all throughout the federal government, whether it’s the state department or Department of Defense or even Homeland Security and FBI,” Zuman said.

According to Zuman, there is a shift in strategy away from the government directing messaging toward radical extremists and, “moving it toward empowering credible messengers to engage in those conversations that have credibility and are not tied to the government.”

Those outside “credible messengers,” he said, are seen as more reliable and have a better understanding of the faith, traditions and the local communities where terrorists often operate.

But Tricia Bacon, assistant professor at American University, who worked at the State Department on counterterrorism for more than ten years, believes the government is obligated to be involved in “shaping the discourse and amplifying and empowering credible voices.”

“Terrorist propaganda relies in part on misinformation about the United States, so the U.S. Government must be involved in contesting and correcting those efforts,” Bacon told WTOP. “It cannot rely solely on others to explain or defend the United States.”

As far as what the message should be, she said, “In addition to countering extremist messaging, it needs to promote a positive, alternative message that reflects the contributions of Muslims to the United States, and those extremists do not represent them.

While the debate over which words, forums and people should be used to discredit ISIL, the group continues to recruit and plot against the U.S., issuing new threats almost daily, making the U.S. counter-narrative all the more urgent.

“Detecting or preventing individuals who have become radicalized is a major challenge for law enforcement and intelligence. Counter-messaging must be both prolific enough and well placed enough to reach such individuals,” Bacon said.

The State Department’s current counterterrorism messaging effort launched on March 24, 2016, during the Obama administration. It’s not clear whether the Trump administration, still in its early stages, will stay with it or not. 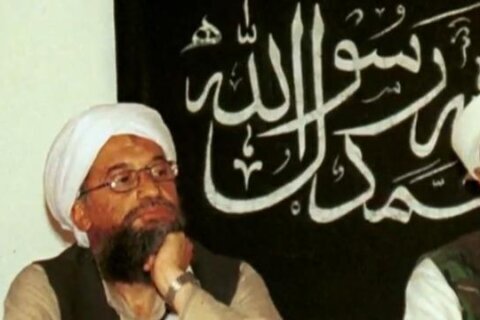 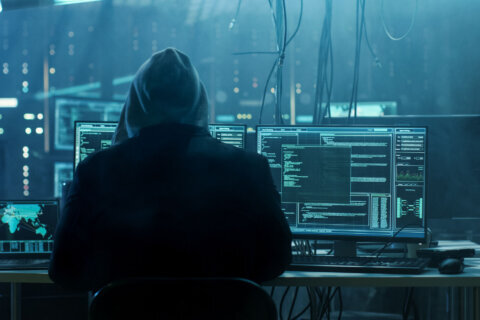 The Hunt: UN releases report on threats from ISIS, al-Qaida