WASHINGTON — The first round of peace talks in Pakistan, on July 7, may be the last in the near…
Listen now to WTOP News WTOP.com | Alexa | Google Home | WTOP App | 103.5 FM

WASHINGTON — The first round of peace talks in Pakistan, on July 7, may be the last in the near term. Scandal, infighting and explosive allegations have erupted, threatening to scuttle reconciliation and possibly ending any hopes of further talks between the Afghan government and the Taliban.

Pakistan has been placed squarely in the middle.

The office, called the Islamic Emirate of Afghanistan, was established for the expressed purpose of representing the interests of the Taliban and is recognized internationally by governments including the U.S.

Numerous intelligence sources have whispered that Mansour’s forced attendance at the talks, triggered Tayab Agha’s resignation in early August, revealing long-suspected power struggles within the Taliban. In his notice of resignation, Agha said the organization was beset by internal leadership struggles, adding, “in the current controversial situation, I am not supporting any side.”

Ali Latifi, Los Angeles Times correspondent based in Kabul, says the seemingly graceful move by Tayab Agha shed light on the poor state of relations between the Taliban and the Pakistani government.

“When Pakistan put pressure on and told them ‘You have to agree to these talks and you have to show up,’ this is when the rift started,” said Latifi.

He told WTOP the Afghan government and Taliban sources with knowledge of the situation indicate Mansour did not have the option of refusing the Pakistani demands because he’d previously expressed interest in the talks, which led to Pakistan’s agreement to host them. Latifi said Mansour was vocal about his reluctance, but to no avail.

“They wanted him (Mansour) across the table from (Afghan) government representatives and to take charge, and he was very adamant that that’s Doha’s job.”

But others believe there was a more sinister reason Mansour could be commanded to disrupt his own organization’s chain of command against his will: money from inside Pakistan earmarked for the Taliban.

“We really do believe that Pakistan has funded extremists in Afghanistan to support instability for at least the last decade,” said Nawa Arsala, a Washington-based organizer of the Kabul Bleeds Campaign.

While there is no concrete proof the Pakistani government has funded the Taliban, Arsala’s group believes there is anecdotal evidence. She points to the killing of Osama bin Laden, the death of Mullah Omar and the capture of 9/11 mastermind Khalid Sheik Muhammad — all of which took place in Pakistan.

According to Arsala, “Four separate bombings this week at Afghan police and military academies in Kabul were the result of decades of Pakistani influence in Afghanistan.”

More than 80 Afghans were killed and 400 were injured in the attacks.

Pakistan was also blamed for harboring Mullah Omar in his later years and manipulating news of his death to leverage control over the peace talks.

The Pakistani government deflected the criticism: “There are multiple reports about the death of Taliban leader Mullah Omer but there is no certainty about the date or place of his death. Any insinuation that he died in Pakistan or that government of Pakistan was aware of this fact is only an unfounded speculation,” said a statement from Nadeem Hotiana, spokesman at the Pakistani embassy in Washington.

According to Hotiana, the Taliban itself absolved Pakistan of any involvement.

“The statement released by the Taliban movement on 30 July, while confirming the death of Mullah Omer, categorically mentions that Mullah Omer never left Afghanistan even for neighboring Pakistan.”

A Pakistani source in Karachi, where Omar is believed to have died, tells WTOP, “Three million Afghan refugees cross back and forth from Pakistan to Afghanistan through a porous border which makes it difficult to keep up with who’s coming and going.”

In what could be potentially controversial spillover of the resentment between Afghans and the Pakistan government here in Washington, the Kabul Bleeds Campaign is planning to take their grievances to the gates of the Pakistan Embassy on Friday.

A second round of talks scheduled for late July was called off. The reason is unclear. It’s not clear whether peace talks will continue, but a U.S. official suggested the State Department is prepared for the possibility.

“We continue to be supportive of any process of Afghans talking to Afghans to resolve the conflict in Afghanistan,” said Helaena White, spokeswoman for the State Department’s South Central Asia Bureau.

White confirmed the U.S. was present at the earlier talks: “At the invitation of the Governments of Afghanistan and Pakistan, the United States sent representatives to participate as observers in the July peace talks. Diplomats from both our mission in Pakistan and from DC observed the July talks.”

She declined to comment further on the state of affairs.

Seventy-five percent of Afghanistan’s population is under 35 years of age, says Bilal Askaryar, spokesman for the Afghan embassy in Washington.

“That means they have never seen a day without war. That’s why these peace talks are so important to us,” said Askaryar. 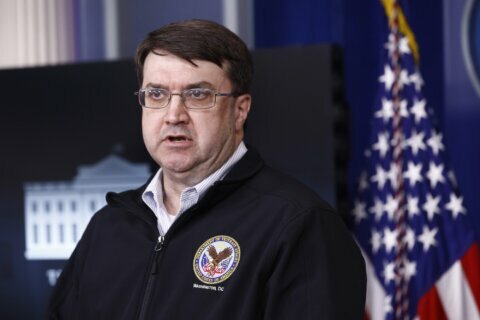