How the CIA headquarters broke ground in Langley, Va. 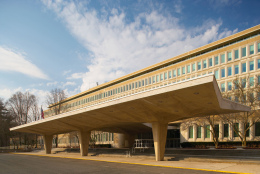 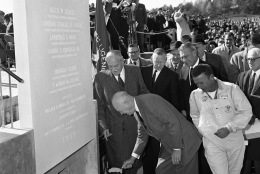 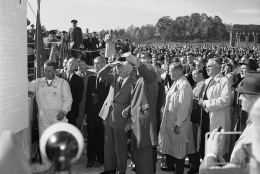 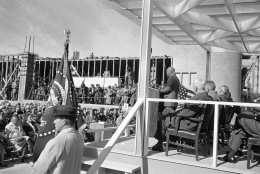 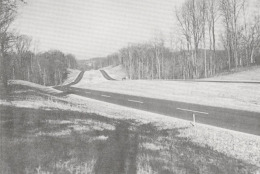 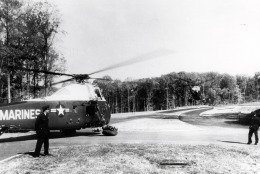 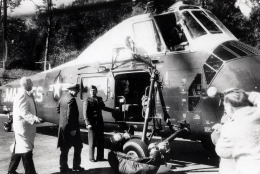 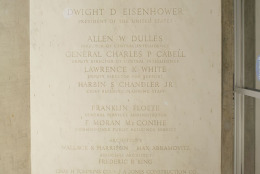 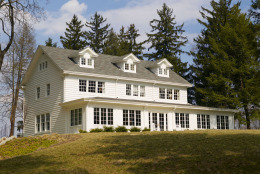 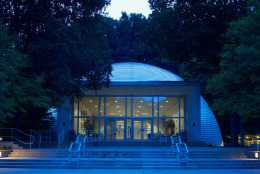 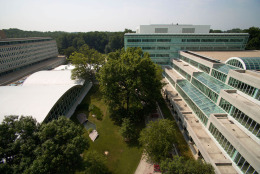 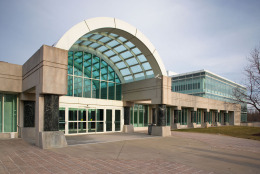 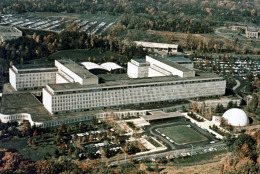 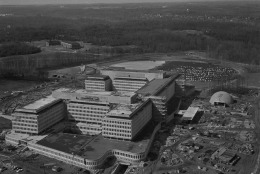 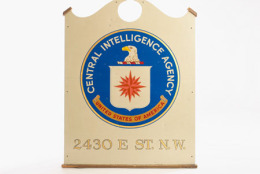 WASHINGTON — In the mid-1950s, the Central Intelligence Agency — then located in the Navy Hill complex at Foggy Bottom — was bursting at the seams after only eight years in existence.

“We’d also spread out to some of those infamous temporary buildings that had been built on the National Mall during World War II, and had lingered for a while afterwards,” CIA Curator Samuel Cooper-Wall tells WTOP.

CIA Director Allen Dulles wanted to move across the street to the Potomac waterfront — which, at the time, was home to a brewery that went out of business.

“President Eisenhower said ‘absolutely not,'” Cooper-Wall recalls, “and the brewery site became home to the gorgeous Kennedy Center instead.”

On Monday, the agency will celebrate the 55th anniversary of Eisenhower’s laying of the cornerstone of the main building.

As Cooper-Wall puts it, Eisenhower was concerned with Washington’s traffic, which was “terrible even back then.” From there, officials searched beyond the city for a new CIA home: Greenbelt, Fort Belvoir, Bethesda, even the area near Arlington Cemetery where the Iwo Jima Memorial now stands.

But it was in Langley, Virginia, where an expansive site stood out. It was large enough to be made very secure and private. And the government had already bought much of the land about seven years earlier, since it was so close to D.C.

But after the agency was built there in the early, tense days of the Cold War, there was great consternation about identifying it.

“When we moved out here and the GW Parkway was extended past CIA headquarters, signs went up right away saying Central Intelligence Agency and [Attorney General] Bobby Kennedy, who lived near here in McLean, didn’t like having the signs out there on the parkway, because he thought it was a security risk,” Cooper-Wall recollects.

In the discussion over what to do about road signs identifying the CIA facility, proponents of the move recalled that the signage at the original Foggy Bottom location identified the building as the Government Printing Office. That led to an embarrassing story about Eisenhower’s security detail not being able to find the headquarters.

At one point, Cooper-Wall says, President John F. Kennedy — after having previously ordered the signs down — called CIA director Dulles and said, “Allen, if you don’t get those signs down, I’m going to come out there and do it myself.”

The signs came down for about a month, Cooper-Wall continues, “until people noticed they were gone and the Washington Post came out with the headline 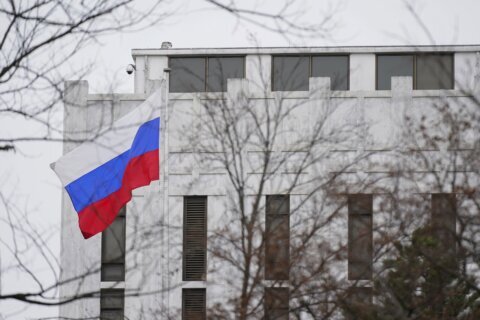 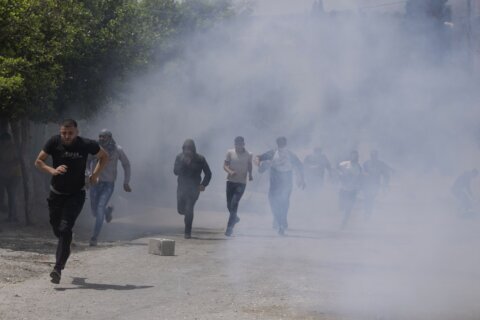