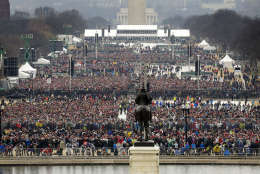 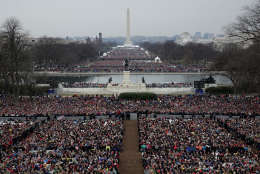 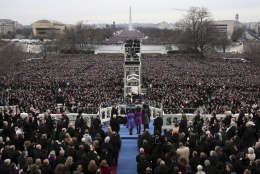 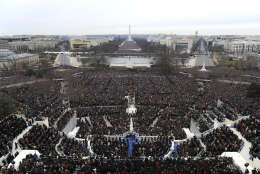 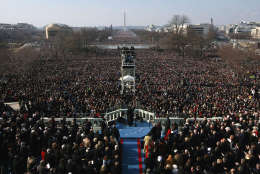 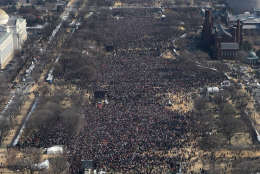 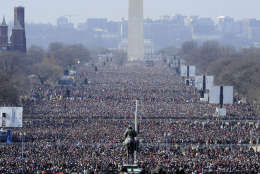 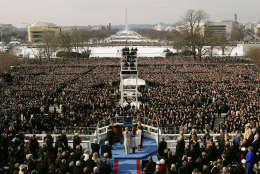 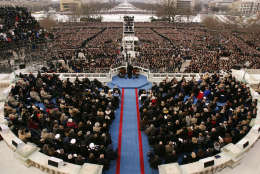 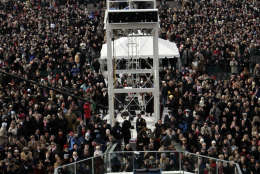 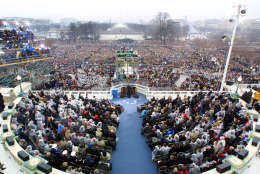 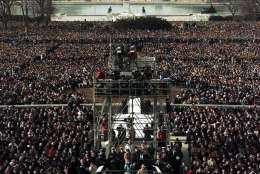 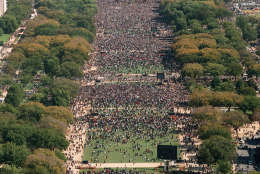 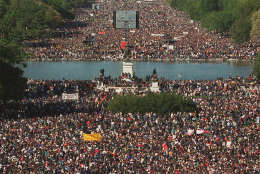 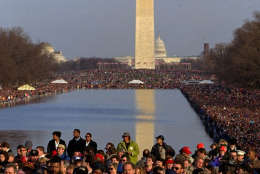 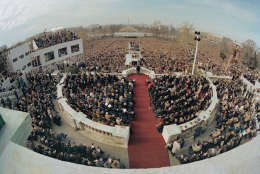 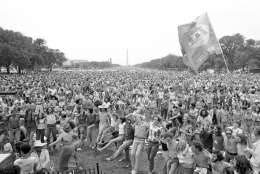 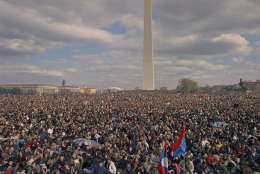 WASHINGTON — President Donald Trump promised “massive crowds” for his inauguration Friday. Did they show up?

It’s still too early for any official estimates of the number of inauguration revelers. Visitors reported large crowds on the National Mall, although aerial photos showed far fewer people than the enormous number of attendees for President Barack Obama’s first inauguration in 2009.

One indicator of crowd size — although it doesn’t tell the whole story — is the number of trips taken on D.C.’s Metro system.

That bested Lyndon Johnson’s previous record of 1.2 million people for his 1965 inaugural.

Estimating large crowds is a notoriously tricky business, however. In fact, the National Park Service 20 years ago stopped estimating crowd sizes after a dispute about its estimate of the number of people at the 1995 Million Man March led to the threat of a lawsuit. (The agency said 400,000 people showed up, but Metro trips recorded that day far surpassed that number and an independent analysis indicated the number of participants may have been twice as high.)

The estimate for the record-shattering crowds for Obama’s 2009 inauguration came from the D.C. mayor’s office and a slew of local and federal agencies responsible for managing traffic and security for the event, and the park service did not dispute it.

Presidential inaugurations aren’t the only big events to draw crowds to the mall. Protests and holiday celebrations have also drawn throngs.

The largest demonstration in D.C. (back when the National Park Service was still keeping head counts) came in November 1969 when a crowd of between 600,000 anti-war protesters gathered on the National Mall.

A fireworks display on the National Mall in 1976 to mark the U.S. Bicentennial was estimated to have drawn about 1 million celebrants.

Scroll through the gallery above to get a bird’s-eye view of crowds on the National Mall. Another view of inaugurations through the years is below. 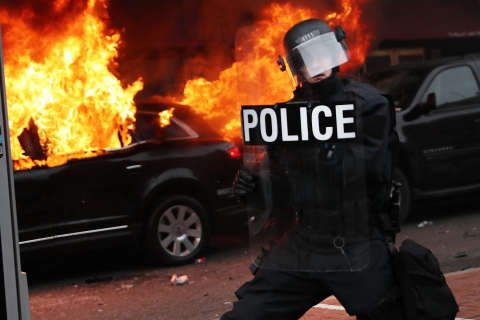