Antonio Sabato Jr. will be the master of ceremonies at the Great American Ball at MGM National Harbor Friday night, which raises money for three charities that serve the military and their families.
Listen now to WTOP News WTOP.com | Alexa | Google Home | WTOP App | 103.5 FM

WASHINGTON — Entertainers are gearing up for a party at MGM National Harbor the night of the inauguration to honor the military and their charities.

Actor, model and entrepreneur Antonio Sabato Jr. will be the master of ceremonies. He said he’s excited to be in town for the event, which supports TAPS [Tragedy Assistance Program for Survivors], the USO and Women for Future.

“These are great organizations that help a lot of people that have been through a lot of tragedies,” he told WTOP Wednesday. “We’re here to support the next generation, the future of this country. We’re here to take care of these families, we’re here to support our troops, our military, our veterans, and I’m very much a part of it, and I’m so excited.”

He’s also stoked that Donald J. Trump is being inaugurated as the 45th president.

“It’s one of those weeks — I’ll never forget it. It’s bigger than anything.”

Sabato said he took flak after he delivering a speech at the Republican National Convention last year declaring his support for Trump, “through the social media, mostly there, and then through the liberal Hollywood,” he said.  “Sure I lost some jobs, maybe, but I created other opportunities.”

During the speech, he said he described Trump as someone who would unify the country.  Even though the country seems extremely divided right now, Sabato says unity is possible.

“I think people need to go back to work,” he said, noting that some folks are struggling to make ends meet.  “I know a lot of people — police officers, the fire department, you name it — three, four jobs at the same time because they can’t make it. We need to change that.”

He’s been inspired to throw his hat into the political fray.

“I want to start as a congressman,” he tells WTOP.  “I’m truly thinking about it, and I can make a difference, and I think I’m going to go for it,” he said. 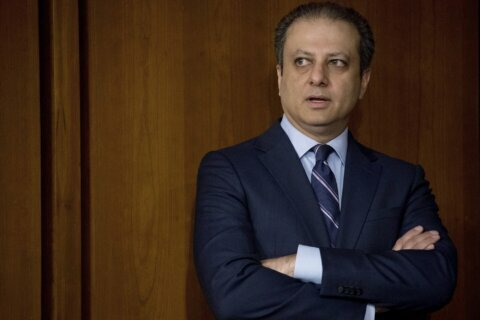