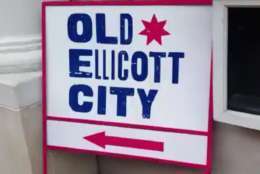 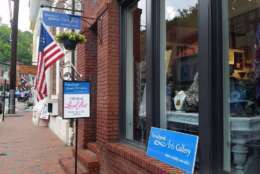 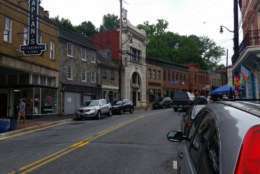 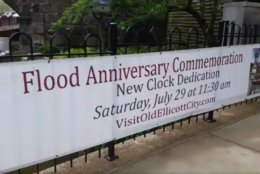 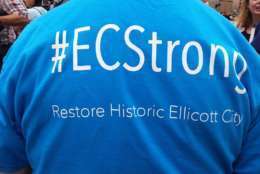 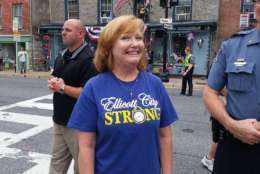 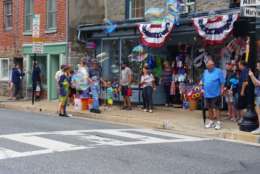 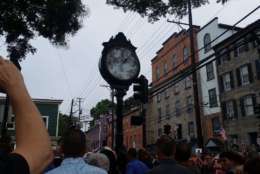 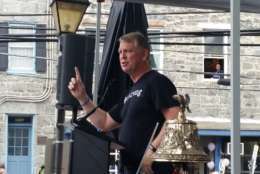 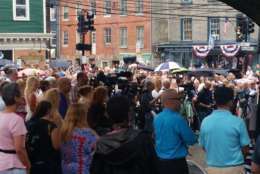 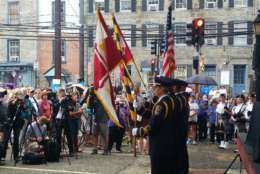 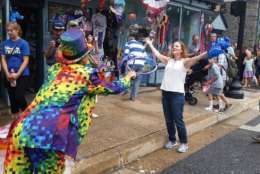 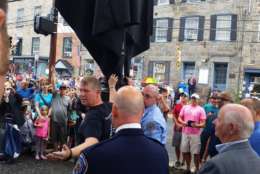 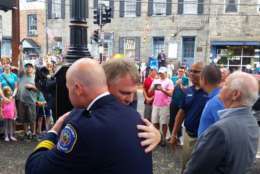 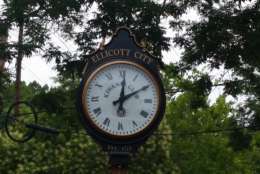 WASHINGTON — A year ago, massive amounts of rain that came down in a short period of time caused devastating flooding in the historic town of Ellicott City, Maryland. Some six inches of rain came down in two hours.

The flash flooding on July 30 killed two people, swept away cars and demolished many businesses along the town’s Main Street. Sadly, a third person was killed during the cleanup. The floods also destroyed homes in the town’s west end.

Kittleman says the one year anniversary is bittersweet. Ninety three percent of the businesses have reopened despite experts saying that it couldn’t be done, he says.

As the anniversary approaches in Ellicott City, the three victims of the flood are heavy on people’s minds: Jessica Watsula, Joseph Anthony Blevins and John Pacylowski.

Before Saturday’s ceremony, Kittleman said it was going to be a difficult and emotional day, remembering and honoring the three victims. One was a longtime business owner in Ellicott City.

Kittleman says the ceremony would be solemn in many ways.

“There are some people who’ve been a big part of this recovery who aren’t going to be there. And they’re not coming because they say it’s just too hard,” said Kittleman. “And I really respect that.”

The unveiling and dedication of the new clock on Main Street on Saturday is a big step in the town’s healing process, says Kittleman. The old clock was an iconic fixture on Main Street until it was swept away in last year’s raging waters.

Many people have thanked Kittleman, but he says he didn’t do anything. He says what he sees as amazing is the resilient and unbreakable spirit of the business owners who kept pushing forward. He’s also grateful for the thousands of volunteers who stepped up to help when they were needed the most.

“Ellicott City is back but it’s important for us not to forget the two individuals that we lost the night of the flood. And we tragically lost John Pacylowski one of our business owners.” 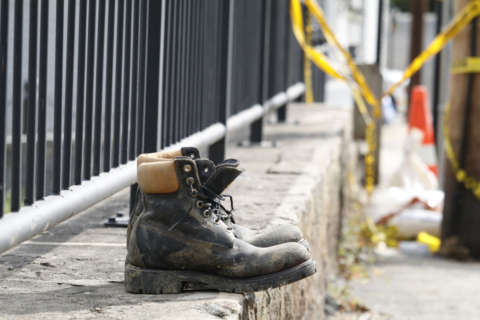 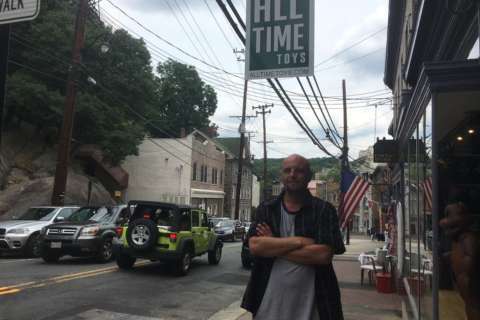