It's going to be both a joyous and difficult weekend in Ellicott City as the town commemorates destructive floods from a year ago.
Listen now to WTOP News WTOP.com | Alexa | Google Home | WTOP App | 103.5 FM

WASHINGTON — It’s going to be both a joyous and difficult weekend in Ellicott City as the town commemorates destructive floods from a year ago — restoration efforts will be celebrated, three lost lives remembered and plans to prevent future disasters explored.

“We can’t expect that we can completely mitigate six inches of rain in two hours, but we can do an awful lot to make things a lot better,” Howard County Executive Allan Kittleman said, referring to flooding on July 30, 2016.

Announcing four major flood mitigation projects in the design phase now, Kittleman also noted Wednesday that dozens of smaller projects have been completed, such as placing massive boulders behind the town’s old theater to strengthen sides of a water channel.

Projects expected to begin next year include storm drain improvements along Frederick Road and three stormwater retention facilities throughout the watershed to manage how water flows toward the town.

“We have an exciting weekend planned for the anniversary,” said Maureen Sweeney-Smith, executive director of Ellicott City Partnership. “Some events will be reverent as we remember three lives lost and the severity of the flood. Some events will be joyful to celebrate our community’s resiliency and recovery.”

Two people died during the flood: 35-year-old Jessica Watsula and 38-year-old Joseph Blevins. On Sept 9, 2016, John Pacylowski, 67, fell off scaffolding working behind a store called Precious Gifts and died. He and his wife had owned the store nearly 25 years at the time of accident.

On Saturday, July 29, Ellicott City Appreciation Day events include the unveiling of the Kiwanis Club new town clock and the planting of three cherry trees representing three lives lost during the flood.

“While it’s going to be an important day and I’m looking forward to it … we also have to realize it’s going to be a very emotional day,” Kittleman said. “Let’s make sure that we understand that and also respect those who may have a difficult time …” 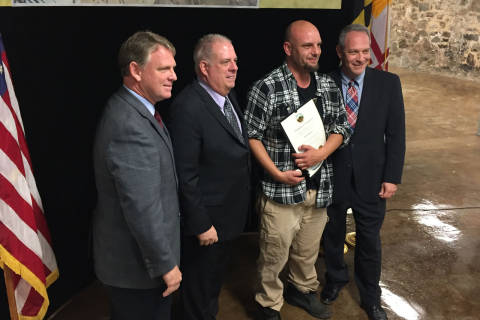 People who helped during, after Ellicott City flooding honored 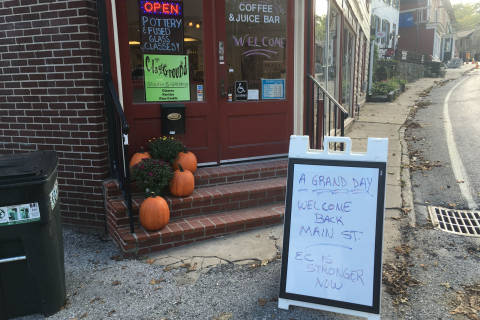 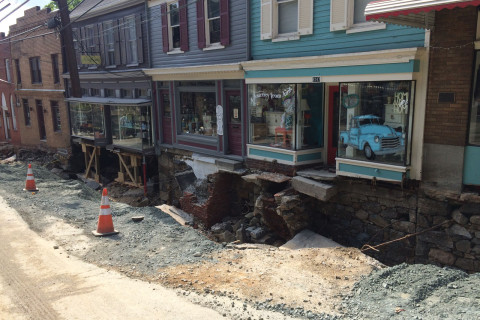 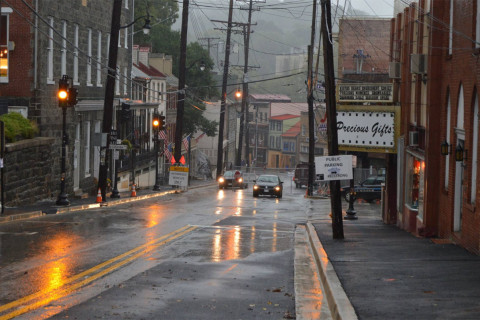