OMAHA, Nebraska (AP) — A police officer shot and wounded a man who drove around barricades and into a crowded Halloween block party in Omaha after ignoring the officer’s orders to stop and continuing toward the officer, authorities said Tuesday.

The shooting happened at around 7 p.m. Monday during the annual Halloween block party in the Minne Lusa neighborhood, and no one besides the driver was injured. It capped a chaotic few seconds in which people ran screaming as the car accelerated toward the crowd before shots rang out.

Kaitlin Harper was with her young son near an entrance to the block party when the car entered the cordoned-off area, she said.

“I only saw him drive past me and into the crowd, then I was on the phone with 911 and he was gone,” she said.

Moments later, after the car had traveled about six blocks, Harper heard the gunshots. She grabbed her son, ran to their car and “got out of there.”

Authorities had blocked off the area to traffic to allow trick-or-treaters and their families to mill about the streets safely.

Police said the driver, later identified as 31-year-old Dontavius Levering, drove around the barricades and traveled recklessly the wrong way without headlights on Minne Lusa Boulevard through crowds of people, including throngs of children. Grainy doorbell video posted online shows the car easing through the crowd, then accelerating. It’s not clear whether he intended to hurt anyone.

An officer, later identified as Bryson Blandford, was already at the scene handing out candy when the car came around the barriers, police said. Blandford ran into the street in front of Levering’s car, held up a hand and yelled for Levering to stop, but Levering drove toward the officer and the crowd behind him, leading Blandford to shoot him, police said.

Levering was taken to a hospital in critical condition but is expected to survive. Police did not immediately answer questions about a motive or whether investigators had been able to speak to Levering since the shooting.

A search of court records shows that Levering has a long history of mostly misdemeanor crimes in Omaha dating back to his teens, including about a dozen traffic-related charges for driving while his license was suspended, driving with no proof of insurance and failing to appear for some of those charges. Last month, a warrant was issued for his arrest when he failed to appear in court on a misdemeanor charge of having no proof of insurance to drive.

Police said Blandford — a four-year veteran of the force — has been placed on paid administrative leave, which is standard whenever officers shoot someone. Police said the confrontation and shooting were captured on the officer’s body camera, and the Nebraska State Patrol and Sarpy County Sheriff’s Office are helping to investigate. 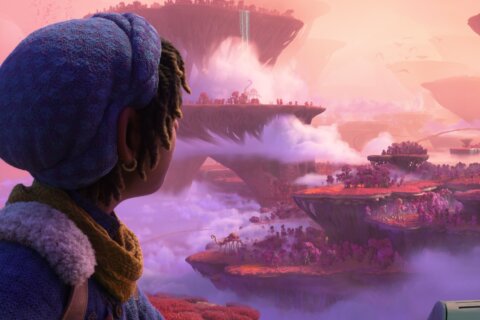 Feast and famine for Disney at Thanksgiving box office

Asian faiths try to save sacred swastika corrupted by Hitler