NEW ORLEANS (AP) — A Louisiana appeals court has thrown out the 90-year prison sentence for a drunken driver who struck nine bicycle riders near a Mardi Gras parade route in March 2019, killing two of them.

The state 4th Circuit Court of Appeal said the judge who sentenced Tashonty Toney failed to sufficiently spell out the reasons for handing out the maximum sentences following Toney’s guilty plea. Therefore, the ruling said, appellate judges could not adequately review Toney’s argument that the total sentence was excessive.

The ruling, dated Wednesday, sent the case back to the criminal court in New Orleans for what the panel requested to be a “meaningful sentencing hearing.”

Blood tests showed Toney was driving with a blood-alcohol level above .21 percent as he sped down New Orleans’ prominent Esplanade Avenue, which was bustling with auto, bicycle and pedestrian traffic after the popular parade of the Krewe of Endymion.

Driving at speeds reaching 80 mph (nearly 130 kph), Toney veered at times into the bicycle lane, sending bicycles and their riders flying, court records show. Authorities said he sideswiped other cars and eventually collided with another vehicle before coming to a stop in the median. He ran away but was followed and held by witnesses until police arrived, according to court records.

The two killed were Sharree Walls, 27, of New Orleans and David Hynes, 31, a Seattle man and Tulane Law School graduate who was visiting during Mardi Gras.

The two died not far from where the Endymion parade — an annual spectacle of huge, brightly lit floats and marching bands — had just passed. Witnesses said at the time that a festive scene was turned to one of bedlam and carnage as bystanders sought to give first aid to those struck.

Toney pleaded guilty in October 2019 to 16 criminal counts, including two counts of vehicular homicide, each of which carried a maximum 30-year sentence. His plea agreement did not include a sentencing agreement.

After a hearing featuring emotional testimony from relatives of those killed, and from some of the injured, Judge Laurie White’s sentence included maximum 30-year sentences on each of the negligent homicide counts, and six maximum 5-year sentences for vehicular negligent injuring, according to the appeal court opinion. While White ordered that some of the sentences for other counts be served concurrently, the total sentence for Toney was more than 90 consecutive years, 60 of those without possibility of parole.

“Certainly, the pain and suffering caused by defendant’s actions are deserving of a harsh penalty of imprisonment,” the appeals court ruling said. “This Court also acknowledges that retribution and deterrence are worthy considerations when imposing sentence in a case such as this.”

But the opinion also noted that the 90-year-plus sentence was, in effect, a life sentence for Toney, 34. It said the trial court must hold a hearing where Toney’s lawyers can present evidence. Then the court must give reasons if it again imposes maximum sentences on each count and requires that all sentences be served consecutively. 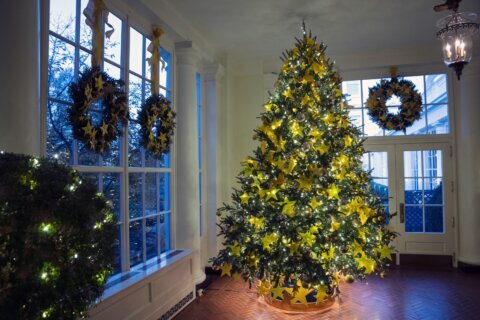