How far would you go to raise money for a good cause? For one Alexandria, Virginia, man, it’s all about taking things to the extreme.

Patrick “Pat” Malone stood on his feet for 24 consecutive hours at Fire Works Pizza in Arlington in the name of fighting cancer. The 63-year-old cancer survivor started at 4:26 p.m. Wednesday, and finished at the exact time the following day.

This is actually Malone’s seventh straight year hosting this event through the Stand Up To Cancer group, which pledges all donations to cancer research.

Malone started back in 2014 after battling a rare form of cancer called malignant peripheral nerve sheath tumor. He underwent rounds of radiation therapy and surgery at Walter Reed National Military Medical Center in Bethesda, Maryland, and at the Radiation Oncology Clinic at Fort Belvoir Community Hospital.

Malone was looking for a way to give back. “We kinda talked back and forth [with Stand Up To Cancer], then I said, ‘What does stand up mean?'” he said. “They said ‘well, it’s a term,’ and I said, ‘Does anybody really stand up?’ They said no, and I said, ‘I’m standing up for 24 hours.'”

Malone said he was greeted by “a whole bunch of people who I never met,” pledging support over the course of 24 hours at a “slow, steady pace.”

Malone also had company overnight, thanks to a Fire Works employee who was preparing food.

He said he is asked each and every year if he’ll continue this tradition. So, will he?

“I was so gassed to be walking around for 24 hours,” Malone said. “But, if I have the ability, I’m going to do it again next year.” 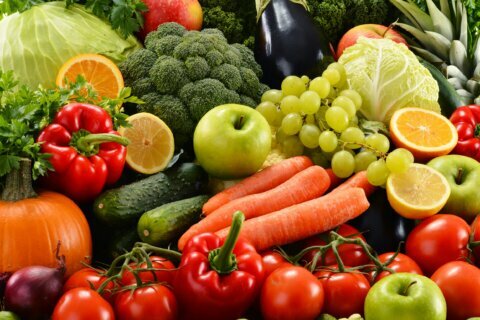