As kids go back to school, expert reminds about measles prevention

Summer vacation is winding down, and parts of the D.C. area are already back in school this month. And just because measles and this year’s outbreak haven’t dominated recent headlines doesn’t mean that parents and guardians should forget about keeping their students protected.

“It may have slowed somewhat, but the risk is that when you’re talking about the most contagious respiratory virus in the world, that when we go back to school, kids are in close quarters and that we could see more cases,” Ashton said.

The Centers for Disease Control and Prevention reported that, as of Aug. 8, about 1,182 cases of measles have been confirmed in the U.S. since the start of the year. Those cases span 30 states, including Virginia and Maryland.

“About 10% of those cases required hospitalization for severe complications like pneumonia or encephalitis,” Ashton added. “We shouldn’t be seeing those numbers here in the U.S.”

Measles is extremely contagious and can lead to permanent brain damage and even death. And Ashton said that measles cases haven’t just risen in the U.S. but also in other parts of the world, including France, Japan and Nigeria.

“It’s been kind of out the news recently and so, like a lot of things, when we don’t hear about it, we don’t keep it on the front of our radar,” Ashton said. She stressed the importance of making sure students are vaccinated before the start of school, and though most are, some kids are not.

Measles was declared eliminated from the U.S. in 2000 because of the effective vaccine and strong vaccination program, according to the CDC, but with the rise of cases in recent years, Ashton said it has become more important to recognize the signs and symptoms of infection.

“A lot of health care providers, myself included, have never seen an actual clinical case of the measles,” she said, adding that it’s important for parents and caregivers to also know what a case of measles can look like.

“It starts looking like a bad cold: cough, fever, red eyes, runny nose. Then, they can get a rash that starts typically three to five days after the symptoms start, which could be a week or two days after exposure,” Ashton said.

For more information about measles, visit the CDC’s website. 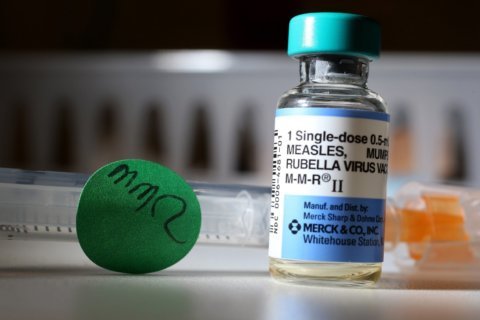 Are you protected from measles? It may depend on when you were born