Every 65 seconds, someone in the U.S. develops Alzheimer’s disease. While there is no cure, experts say early detection and diagnosis is important for a number of reasons.
Listen now to WTOP News WTOP.com | Alexa | Google Home | WTOP App | 103.5 FM

For Levi Doyle, the first red flag was seeing his husband’s office “in disarray.” Around the same time, Tom, a California-based professor and university administrator was also becoming noticeably forgetful and repetitive with stories.

“Every day he’d get dressed and go out to work with his briefcase like there was nothing wrong,” Levi said about Tom. “But eventually, it finally caught up with him and he couldn’t teach his classes the way he used to.”

That’s when they went to the doctor and, at 63, Tom was diagnosed with Alzheimer’s disease.

Every 65 seconds, someone in the U.S. develops Alzheimer’s disease — a type of dementia that impacts memory, thinking, behavior and, eventually, everyday tasks, according to the Alzheimer’s Association. While there is no cure for the disease that affects 5.8 million Americans, experts say early detection and diagnosis is important for a number of reasons.

“So you want to know what you’re dealing with. It might not be Alzheimer’s; it might be something that’s very treatable, very curable. You want to know,” Drew said.

If the diagnosis is Alzheimer’s, there are medications that can help to treat the symptoms of the disease, and these often work best when started early. Plus, an early diagnosis opens up more possibilities for clinical trial participation, which could provide medical benefits.

“In addition, it gives the person with the disease a voice in the planning, in decision making, and it allows families to come together to make choices based on this information so that they can live their best life within the issues of the diagnosis,” Drew said.

What are the warning signs?

Some of the early signs of Alzheimer’s and other dementias are small, Drew said, but “are more than just normal aging.”

Short-term memory loss — forgetting whether you already ate a meal, took a medication or paid a bill — is one sign. Difficulty with problem solving, disorientation with time and place, and changes in mood or personality are others.

“So it can look different in different people, but when you notice these kinds of changes and you think, ‘Boy, this isn’t normal for this person,’ then it’s time to have a conversation,” Drew said.

How to start the conversation

If you notice changes in yourself or a loved one, don’t delay discussing it.

“Often times, family members are the first to notice that there are changes, and certainly this is a conversation nobody wants to have. But it is important to just start the conversation,” Drew said.

“You might say something like, ‘If I ever notice changes, would you want me to tell you?’ Or, ‘I’ve seen some things that are causing me some concern, I’d like to talk about it,’” she added.

“It’s important to take that first step and to start, and then of course to move toward an appointment with a doctor,” Drew said.

Levi added, “You can’t just ignore it. It’s not going to go away.” 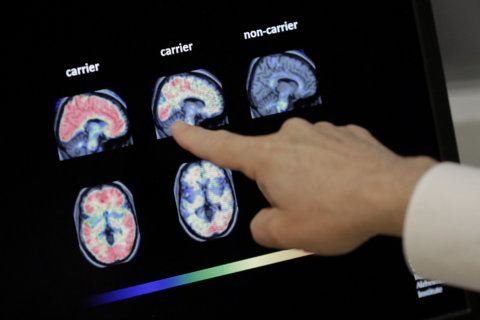