Binge drinking has been identified as a new risk factor for developing high blood pressure and high cholesterol in men, according to new research published in the Journal of the American Heart Association.
Listen now to WTOP News WTOP.com | Alexa | Google Home | WTOP App | 103.5 FM

WASHINGTON — Binge drinking has been identified as a new risk factor for developing high blood pressure and high cholesterol in men, according to new research.

The study, published in the Journal of the American Heart Association, also finds a weaker link between binge drinking in women and their likelihood of having elevated blood sugar levels, which is a sign of future risk for developing diabetes.

Data for the study was collected between 2011 and 2014 from 4,710 people between 18 to 45-years-old who responded to the U.S. National Health and Nutrition Examination Survey.

Binge drinking, for the purposes of the study, is defined as having seven or eight drinks at one sitting more than 12 times a year.

The study’s take-away message, according to researchers, is one of moderation.

“Anything that we can do to minimize the likelihood of a person having high blood pressure reduces their future risk of having heart attack and stroke,” Becker said.

“So, now on that list of risk factors that we’ve recognized, we’ll include binge drinking as something that is preventable and easily modifiable.

Becker believes the findings could lead to a change of policy for medical centers, health care systems, advocacy groups and, possibly, large governing bodies such as the American Heart Association.

Whether it’s an official policy or not, Becker said the findings are a powerful message for the medical community about needing to ask people how much and how often they drink, and recommending they make a change, if necessary.

“That can be very powerful in reducing the risk of cardiovascular events,” Becker said.

Cardiovascular disease is the leading cause of death, disability and health care costs in the U.S. 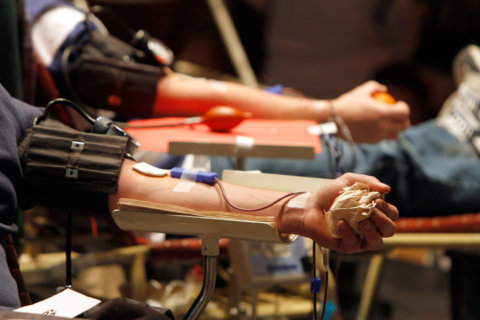