Holidays: 'Enchant' shines with millions of lights in Nats Park | Where to see holiday lights | Send in photos of decorations | How to give greener this season
Home » Health & Fitness News » Despite diagnosis, 9-year-old walks… 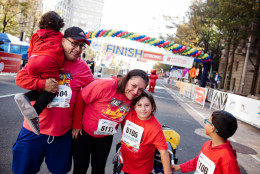 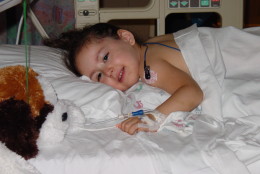 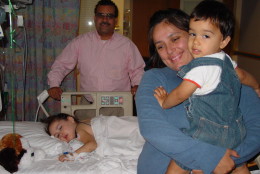 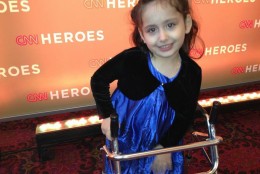 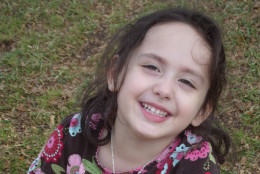 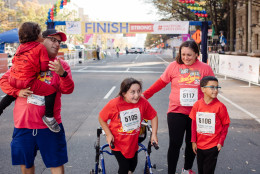 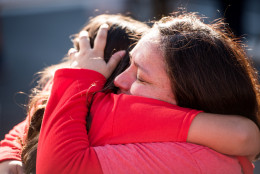 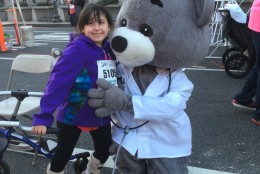 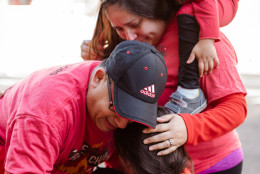 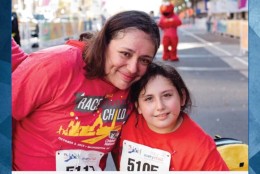 Around the age of 1, Xochitl’s parents, Victoria and Jeffrey, noticed the toddler wasn’t walking. At first, the Alexandria, Virginia, couple chalked it up to having a “late bloomer.” But when it became clear that something wasn’t right, they took Xochitl in for an evaluation.

It took several months, several appointments and several physicians before the Vargas family received a diagnosis: spastic diplegia cerebral palsy — a form of the neurological disorder characterized by tight or stiff leg muscles.

“At 18 months, we realized that this is what we’re dealing with,” Jeffrey Vargas said. “We did not know what to do next. I think we were at that place in life where you’re challenged. If you could make any change in life, you’d do it. And you’d do it for your kids.”

Xochitl tried traditional and nontraditional physical therapy but nothing seemed to help. Doctors at Children’s National Health System mentioned she might make a good candidate for spinal dorsal rhizotomy — a surgery that would relax her legs so she could begin some new movements, and maybe even walk.

With hope came concern. The three-hour surgery required Xochitl to lay still, facedown, for 48 hours immediately following. At the time, Xochitl was only 3, and the youngest person to ever receive the surgery had been 6. But she convinced the doctors she could handle it.

“You can imagine: Anybody having a spinal surgery, it’s just scary. And you’re doing it on a 3-year-old child,” Victoria said.

Less than a year later, Xochitl took seven independent steps and walked to the other side of her living room.

“I remember that I was leaning a lot toward each side when I took a step, and it was very hard to bend my knees. And I really felt like … I was going to fall down … because I really didn’t think I could do it,” Xochitl said.

But she did. And the now 9-year-old continues to walk, often with the assistance of “helper,” her walker.

A few years later, a local 5K, called Race for Every Child, caught Xochitl’s attention. The goal of the annual event is to raise money so that every child who walks through the doors at Children’s National Health System can receive the medical care he needs.

After her surgery in 2010, Xochitl stayed at Children’s for 45 days and met others under the hospital’s care. Some of the young patients and their families could pay for that care; others couldn’t, and Xochitl wanted to help them in any way possible.

She convinced her dad to sign the whole family up for 2015’s race and raised $850 for the cause.

“I really thought that I could do it,” Xochitl said, about completing the 5,000 meters that winds through downtown D.C.

After the first mile, Xochitl grew tired. She kept on with her parents and her two brothers by her side until the second mile, where she told her dad she wasn’t sure she could finish the race. But a surprise cheer and embrace from Xochitl’s third-grade teacher gave her the energy she needed for the last mile.

“Xochitl said, ‘Come on, daddy. We’ve got to finish the race,’” Jeffrey recalled.

Of the 2,086 finishers, the Vargas family came in last.

“It was cool in some ways because we had the D.C. police behind us. I know they wanted to clear Pennsylvania Avenue — sorry. We took a little bit extra time,” Jeffrey said.

One hour and 17 minutes after its start, Xochitl crossed the finish line with bruised and bloody feet — a result of her leg braces digging into her skin.

“She knew she was struggling, but she wanted to finish the race,” Jeffrey said. “That was the furthest she’d ever walked in her entire life.”

“I really felt like I could do anything,” Xochitl said about completing the race.

This October, Xochitl plans on doing it all over again. Only this time around, she wants to raise even more money for Children’s and the families it supports. Her goal is $5,000.

“The race is really … a life-changing opportunity to just experience hope and possibility through the eye of some kids who demonstrate it every day,” Jeffrey said.

Xochitl knows she can finish the course a second time, and by doing so, wants to inspire others to overcome the impossible.

“The finish line is just the beginning of this race,” Xochitl said, repeating the event’s tagline.

She couldn’t be more right.

This year’s Race for Every Child will take place on Oct. 1. Registration is open through Sept. 27. WTOP readers and listeners can enter the code WTOP5 to get $5 off the registration fee for the 5K. 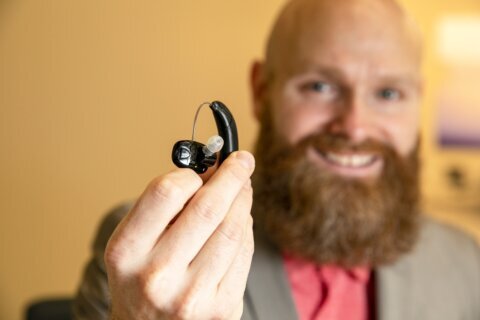