Gym, boutique studio or ClassPass? How to choose the right fitness option for your budget

Each January, countless Americans resolve to get fit or lose a few extra pounds in the new year. (No surprise that ClassPass, which offers access to fitness classes across several U.S. cities, reports that Jan. 13 was its members’ most active day last year.) Meanwhile, fitness companies offer deep discounts in an attempt to win new business.

Between traditional gyms, boutique studios and the aforementioned ClassPass, consumers have a growing number of fitness options to help them fight the battle of bulge.

While discounts on annual memberships can be tempting to the money-conscious, Benjamin K. Glaser, features editor of DealNews.com, urges consumers to think carefully before committing. “As people are starting new workout patterns this winter in January, it’s worth it to not invest too heavily,” he says. “Maybe [don’t pay] for a full year’s membership at a gym until you’re sure that you’ll really use it.”

Of course, it’s not just how much you’re spending per month but how much value you’re getting out of that membership. A pricier gym or yoga studio that’s closer to home or that offers longer hours might be a better option than an inexpensive gym in an inconvenient location with limited hours.

Gyms vary widely in cost, hours and amenities. At the low end of the spectrum is what Glaser describes as a “treadmill farm.” “You have machines and free weights for $10 to $15 a month, maybe a $50 annual fee,” he says. These no-frills gyms may not offer group classes or child care, which is more common in mid-tier and above gyms. Higher-end gyms may offer amenities such as a pool, spa and tennis or squash courts in addition to cardio and weight equipment, and these can cost upwards of $120 per month in cities like New York or Los Angeles.

At gyms that offer classes, the quality of instructors and the level of personal attention in those classes can be hit or miss. “You can find good instructors everywhere, but when you have 30 to 50 people in a room, that instructor is not going be able to reach everybody, and new people tend to hide in the back,” says Melissa Fernandez, a former director of group exercise at several gyms in the Los Angeles area. This approach may work for a self-directed person, but if you’re a serious yogi looking for help with your crow pose or you need hand-holding to start a new fitness practice, you may want to look elsewhere.

Of course, traditional gyms do have a few key benefits. “They’re open most of the day, and there are locations everywhere,” Fernandez says. “Group exercise is [usually] free, and there’s a lot of offerings at a lot of different times.” Plus, if you belong to a national gym chain, you may be able to use your membership in other cities when you travel.

If you’re dedicated to a specific type of workout (spin, yoga, CrossFit or Pilates, for example), plenty of smaller boutique studios cater specifically to those interests. Some also cater to specific demographics. “They have bridal boot camps, or conversely, they also have some for the really obese who feel uncomfortable in a public gym,” explains Dr. Scott Schreiber, a chiropractor in Newark, Delaware, who is certified in rehabilitation and clinical nutrition and often helps patients find a suitable exercise program for their needs.

At a smaller, more specialized studio, you may not find as much variety as you would at a large gym that offers lots of classes, but instruction is often more personalized since classes tend to be smaller. Plus, a boutique studio will likely offer more specialized classes than a large gym. “If you go to LA Fitness, you’re going to get a very standard hatha yoga, it’s very general,” Fernandez says. Meanwhile, a studio specializing in yoga might offer classes in aerial yoga, prenatal yoga or paddleboard yoga, in addition to more introductory classes.

Some studios offer a punch card option so you can pay for, say, 10 classes at a discount and use them at your convenience rather than pay for a monthly membership. That option could appeal to frequent travelers, since their local Pilates studio may not offer classes in other cities.

When choosing between the punch card or membership option, try to forecast how often you’ll go per month with an unlimited membership, and compare that to the cost per workout of a punch card or drop-in class (note that some studios offer a free or discounted class for first-timers). This time of year, some studios also offer promotions through daily deal sites like Groupon to attract new customers.

For those who want maximum variety and workout options, ClassPass is available in over two dozen U.S. cities and gives members access to classes at multiple studios in each city. Costs vary by location (for instance, $79 in Columbus, Ohio, and $125 per month in New York), and members can attend unlimited classes (with a maximum of three classes per studio per month). You can also access classes in other cities using the ClassPass app when you travel, similar to how you might use a chain gym membership in other cities.

Membership may cost more than some gyms or fitness studios, but “ClassPass [makes sense] for someone who thinks they’re going to be spending a lot of money trying to get lots of different fitness experiences,” Glaser says. In fact, members logged over 10 million hours of class time in 2015, according to ClassPass spokeswoman Ashley Hennings.

In the end, choosing to exercise regularly is more important than choosing a specific gym or fitness studio, although the choice of venue (and its level of convenience) could impact your frequency. “As long as you can get into a gym,” Schreiber says, “any type of exercise will reap benefits.”

10 Ways to Stay in Shape on a Budget

Gym, Boutique Studio or ClassPass? How to Choose the Right Fitness Option for Your Budget originally appeared on usnews.com 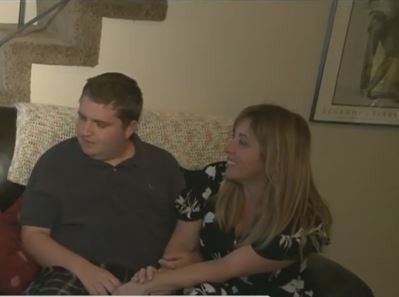