WASHINGTON — The Albemarle County prosecutor who secured murder indictments against Jesse Matthew in the deaths of two Virginia college students has detailed the cases to the former federal prosecutor who beat her on Election Day.

Denise Lunsford tells WTOP she and Robert Tracci, who staged a bitter battle during Lunsford’s bid for re-election, have sat down to discuss the specifics of the commonwealth’s cases against Matthew in the deaths of University of Virginia student Hannah Graham and Virginia Tech student Morgan Harrington.

“Law enforcement officers and I have met with Mr. Tracci regarding the Matthew case,” Lunsford said in an email. “He was briefed on many particulars of the circumstances of the offense and investigation, however the matter is quite involved and he will have a great deal of work to do to become familiar with everything.”

Lunsford, who was a defense attorney for 17 years before being elected to the role of commonwealth’s attorney in 2008, had been critical of Tracci’s lack of experience in trying state crimes, including murder.

From 2008 to 2012, Tracci served as a federal prosecutor in Charlottesville, in cases involving crimes against children, computer crimes, corruption and murder for hire. He has acknowledged he hasn’t been lead prosecutor in any felony cases.

Tracci has said he will attach the same level of priority to the Matthew case as he does others, and will ensure justice is done on behalf of the community.

His spokesperson has declined several requests to make Tracci available for an interview on the Matthew case, which is one of the most high-profile matters in the Charlottesville area’s history.

Tracci has not indicated whether he personally plans to prosecute the Matthew cases, or will assign the trials to subordinates.

Most legal experts talked to by WTOP, including those who have tried or defended murder cases, don’t expect the transition of prosecutorial power to substantially affect Matthew’s trial or punishment.

Typically, in cases where prosecutors change after a case has been charged, prosecutors and their assistants, as well as police agencies involved, sit down and discuss the timeline, as well as potential witnesses, and forensic evidence that has been gathered.

Tracci, like Lunsford and all prosecutors in office, will be limited in what he can discuss about ongoing cases.

In the months after Matthew’s indictments, Lunsford has said she would seek the death penalty, if Matthew goes on trial for the Graham murder, but she was open to the possibility of plea agreement.

According to Internet searches, it does not appear Tracci has discussed whether he would be open to a plea, or whether he intends to seek the death penalty. 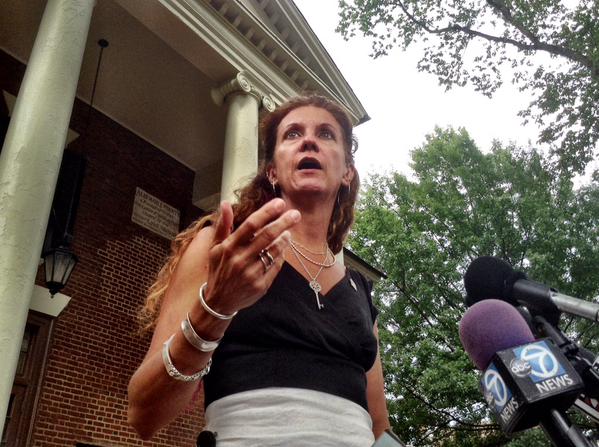 Prosecutor in Jesse Matthew murder trials voted out of office