Enrique Tarrio, leader of the far-right group the Proud Boys, will remain jailed pending trial, a magistrate judge in Florida ordered Tuesday. Tarrio was indicted for conspiracy and other charges related to the assault on the U.S. Capitol on January 6, 2021.
Listen now to WTOP News WTOP.com | Alexa | Google Home | WTOP App | 103.5 FM

Washington – Enrique Tarrio, leader of the far-right group the Proud Boys, will remain jailed pending trial, a magistrate judge in Florida ordered Tuesday. Tarrio was indicted for conspiracy and other charges related to the assault on the U.S. Capitol on January 6, 2021.

He was arrested in Miami last week after a superseding indictment was handed up by a Washington, D.C., grand jury that included five other Proud Boys members who were previously charged in relation to January 6. 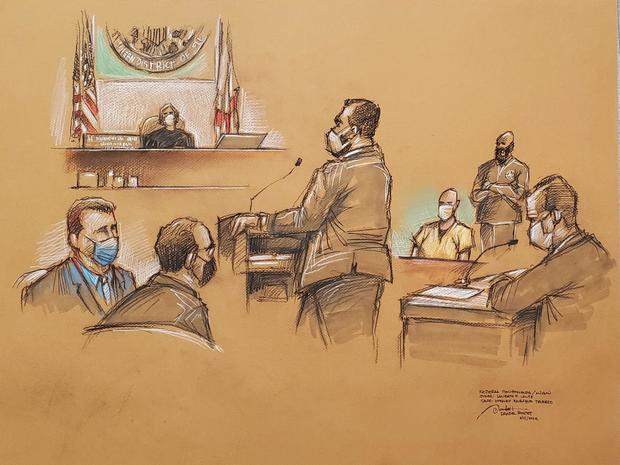 Tarrio has not been accused of taking part physically in the Capitol rioting, but the Justice Department alleges he led the advance planning of the attack and remained in contact with some of the Proud Boys while they were taking part in the assault on the Capitol.

The Proud Boys leader had been arrested on January 4, 2021 on unrelated charges and was released the next day and ordered to stay out of Washington. The indictment alleges that he defied the order, remained in the district for some time, directed the Proud Boys’ actions during the Capitol rioting and bragged about it later on social media and in an encrypted chat room. 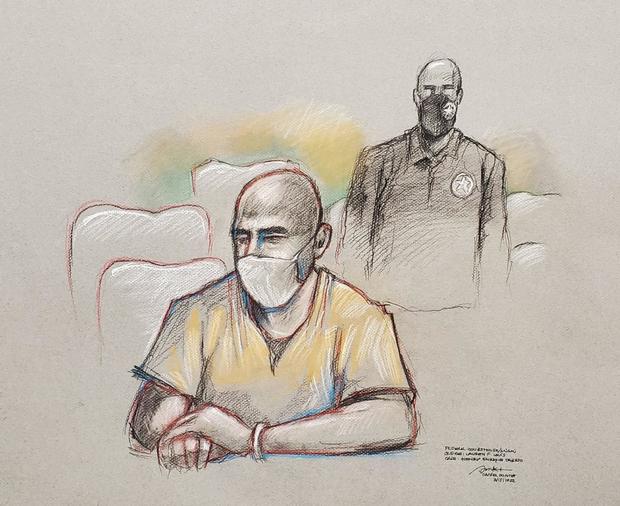 His case will now be transferred to the nation’s capital, where he may ask the judge who is overseeing his case to reconsider pretrial detention.

In their effort to keep Tarrio in custody ahead of trial, prosecutors argued Tarrio posed a danger to the community and a risk of obstructing justice.

He and other Proud Boys allegedly established what they called a “Ministry of Self Defense” organization, with Tarrio at the top of the power structure.

“This group was to form the nucleus of leadership in a new chapter of the Proud Boys organization, which Tarrio described as a ‘national rally planning’ chapter. The first event targeted by the group was the rally in D.C. on January 6,” prosecutors said.

Using encrypted messaging programs, the group is accused of discussing their plans for the rally and beyond.  “One of Tarrio’s hand-selected MOSD members posted a message that read, ‘time to stack those bodies in front of Capitol Hill,'” the government argued.

The indictment returned earlier this month also alleges that in December 2020, Tarrio and Proud Boys members conspired to obstruct and stop the certification of the Electoral College vote on January 6, 2021. Prosecutors said in the indictment that in December, an unnamed individual sent Tarrio a document entitled “1776 RETURNS,” which described a plan to occupy multiple buildings, including congressional chambers.

On January 5 — after he had been ordered not to be in the District of Columbia — Tarrio met with Stewart Rhodes, the head of another far-right group, the Oath Keepers, and others in a D.C. parking garage. According to a recent government court filing, a documentary film crew was with the group inside the garage and picked up audio of an unnamed individual discussing the Capitol.

Tarrio allegedly told an individual that he had erased all of the messages on his phone before his arrest and made it difficult for anyone to access his phone records.

The next day, on January 6, about 100 members of the Proud Boys gathered at the Washington Monument at 6 a.m, the indictment says. Several are alleged to have “directed, mobilized, and led members of the crowd onto the Capitol grounds and into the Capitol, leading to dismantling of metal barricades, destruction of property, and assaults on law enforcement,” the indictment says.

Tarrio posted on social media that day, “Make no mistake…we did this.” At 2:41 p.m, he wrote “Proud of My Boys and my country,” according to charging documents.

And although the government alleged in its detention memo that Tarrio has “a cavalier attitude toward the law that counsels strongly in favor of pretrial detention,” prosecutors also say he tried to distance himself from the events of January 6 following the attack, claiming to law enforcement that it would have been more peaceful had he attended.

WFOR’s Ted Scouten and Andres Triay contributed to this report.