WASHINGTON (AP) — The head of the National Guard says at least 10,000 troops will be deployed in Washington, D.C., by Saturday, and an additional 5,000 could be requested from other states.

There are currently 6,200 Guard members in the city from D.C. and five nearby states.

The increase in requests for Guard members on Monday comes as officials brace for more, possibly violent protests surrounding the inauguration of President-elect Joe Biden.

Army Gen. Daniel Hokanson, chief of the National Guard Bureau, told reporters that he has authorization to bring in up to 15,000 Guard members.

He said the number of deployments is changing by the hour and day, based on requests from the Secret Service, the Park Police and the Capitol Police.

There have been repeated questions about why Guard members weren’t brought in more quickly as the deadly riot at the U.S. Capitol unfolded on Wednesday. Guard officials have said they responded as quickly as they could as the situation spiraled out of control but said the Capitol Police repeatedly turned down offers for help in the days before the protests. 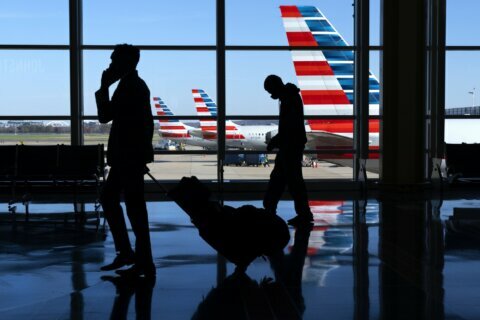