Are you a federal worker or contractor affected by the partial government shutdown who did not receive a paycheck today? WTOP wants to know how you’re dealing with the situation. Join the conversation on Facebook, message us or email talkback@wtop.com to share your story.

WASHINGTON — Some 800,000 federal workers — more than half of them still on the job — were to miss their first paycheck Friday as the partial government shutdown continued.

Along with growing effects to national parks, food inspections and the economy overall, many workers say they’re hurting.

Here are just some of the stories federal workers and contractors have shared with WTOP.

“We are going to have to dip into our savings to pay all our bills while this is going on, but we are OK with that. As painful as this is, we believe President (Donald) Trump is 100 percent right in keeping the government shut down until a deal is reached. We admire him for not backing down. We also firmly believe that the Democrats are to blame for the shutdown and are only digging their heels in because of their intense dislike of Mr. Trump; not because of any supposed moral ideology.”

Jepson expects to still get paid during the shutdown, but Jepson’s husband, who also works for DHS, has been furloughed.

Lisa Davis told WTOP she has 18 years with the federal government, and wrote:

“I’ve been taking ‘loans’ from my 96-year-old father, a World War II vet and retired civilian, to keep afloat. I live paycheck to paycheck and have had a lot of health issues this year … plus it’s just so expensive to live in the DMV … I’m not doing anything except the basics to stay afloat.”

Hillary C. said that she was a Department of Agriculture employee who had been furloughed. She said as a single parent to three children, her federal paycheck is her family’s only source of income. She added:

“I have applied for unemployment benefits, but I haven’t received those benefits yet. I now have no choice but to tap into my savings so that I can pay the bills for the rest of the month. I am fortunate that I have some savings as a safety net, but that won’t last more than a month or so, and I think it is unfair that I should have to rely on my savings when I have a perfectly good job that I am not being permitted to do.”

Hillary went on to say that she was registered as an independent voter and that she did not agree with the border wall. She explained:

“Not because it is (a) Republican ideal but because I don’t believe it will be effective at stopping illegal immigration along the southern border. I do not think it will be money well spent. I do believe that we need some border security and we do need immigration reform. But, holding federal employees’ hostage is unconscionable.”

Ron M. said that because he was a federal contractor, backpay was not a guarantee for him. He wrote:

“I’ve been a contractor working with NASA HQ since 2001, with three different companies. Can I expect to get backpay? There would be a lot less stress in my house if I at least knew there was money coming in when all this is over. But I’m not hearing that. Using U.S. citizens as pawns — disgraceful.”

Tim Wood, who said he worked the border as a federal employee, told WTOP that “House and Senate members needed to work immigration reform and stronger security for years.”

“President Trump is right to stop letting funding bills through without real reform in those areas,” he wrote. “I worked the border before as a fed and can certainly say any wall help is certainly welcome and the cost actually cheap at $5.2 billion.”

“My daughter is a federal employee on furlough who did not get paid today. I’m more concerned about my son. He has an offer letter to onboard with the federal government on 1/22. He is a recent college graduate and is in graduate school. He is paying rent on an apartment. He now has no income, no benefits, no backpay, and no telling if/when he will onboard.”

Are you a federal worker affected by the #GovernmentShutdown that did not receive a paycheck today? We want to know how you’re dealing with the situation. Share your story with us by tweeting @WTOP. #ShutdownStories

“Me and my spouse are both furloughed. We are disabled veterans that have done nothing wrong,” Shane Hall-Minor said in response to a WTOP Facebook post.

“We’ve had to cut back on shopping, home maintenance, I’m home during the day and turn the heat off,” another worker, Noah Petro, told WTOP over Twitter. “The stress and anxiety is building, we think we’re OK to pay the mortgage in February, but if it goes into March we’d be in trouble.”

“I’m trying to stay positive, reaching out to co-workers to see how they are doing, but I’m hesitant to spend much if any money on gas, trying to reduce to the essentials. I haven’t been sleeping well, and the stress is being felt by the kids. I know I’m not alone in these feelings. But I’ve also seen some amazing acts of kindness where fellow government employees are offering 0 interest loans,” Petro said.

Are you a federal worker or contractor affected by the partial government shutdown who did not receive a paycheck today? WTOP wants to know how you’re dealing with the situation. Join the conversation on Facebook, message us or email talkback@wtop.com to share your story. 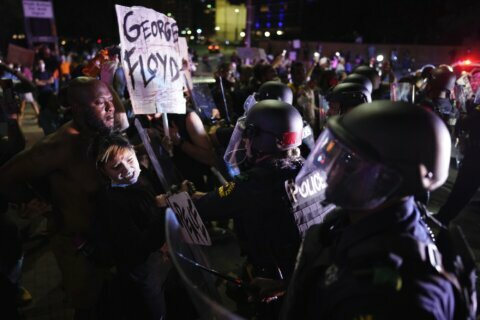 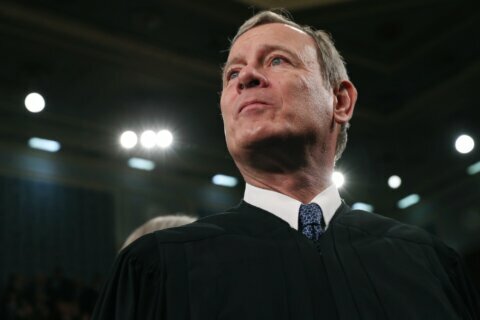