A thaw in Trump’s hiring freeze, but reaction remains chilly

WASHINGTON — Local officials were happy with the Trump administration’s decision this week to lift a federal hiring freeze, but plans for a “more strategic,” “more surgical” reduction in the workforce raised concerns.

The president of one union representing federal workers was skeptical about such an approach’s effectiveness, claiming that any reduction in workforce would “simply shift” work to the private sector.

Rep. Barbara Comstock, a Republican representing Virginia’s 10th District (and thousands of federal employees), was pleased to see an end to the freeze, which the president heralded just days after his inauguration.

The congresswoman, who faces another stout re-election fight next year, cautioned that “any reorganizing should be done strategically, not with freezes or across-the-board cuts.”

“The federal budget cannot be balanced on the backs of our dedicated federal workforce,” she said.

Virginia Gov. Terry McAuliffe shared Comstock’s concerns about the plan’s potential impact on the region. Calling the freeze a “misguided policy,” the Democrat said that the benefits of ending it would be canceled out by the new plans.

“Slashing the federal workforce in the manner the president has proposed will hamstring functions of government, harm employee morale and deal a serious blow to the Virginia economy,” he said.

And U.S. Sen. Tim Kaine, D-Va., said it had been a mistake for the president to impose a hiring freeze without consulting with the affected agencies. “The administration should work with our federal workforce — not against them — to achieve efficiency,” he added.

The scope of the administration’s goal underscores the necessity of better cooperation with federal workers. A former official with the Office of Management and Budget, Robert Shea, told WFED’s website on Tuesday that such an ambitious reorganization would be “like creating the Department of Homeland Security times 25, at least.”

And despite the promise of a 1.9 percent pay bump for federal workers next year, there is skepticism about how many workers will still be around to benefit from a raise.

The proposed reduction opens the door “to increased contracting out of agency functions and services,” said Tony Reardon, the president of the National Treasury Employees Union, which represents 150,000 employees at 31 federal agencies and departments.

“Shrinking workforces and increasing contracting out is not a recipe for improving government operations,” Reardon said. “It is a recipe for disaster.”

Nonetheless, the president said, there is still fat to be cut.

“Billions and billions of dollars are being wasted on activities that are not delivering results for hardworking American taxpayers,” Trump said Wednesday. “Our moral duty to the taxpayer requires us to make our government leaner and more accountable. We must do a lot more with less.” 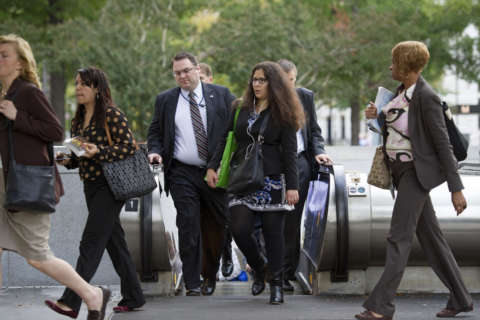 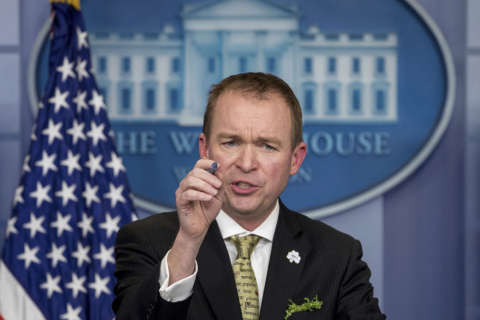