The Senior Players Championship comes to the Baltimore area this weekend and gives you a chance to get out on one of the nicest private courses in the area.
Listen now to WTOP News WTOP.com | Alexa | Google Home | WTOP App | 103.5 FM

OWINGS MILLS, Md. — I haven’t played Pebble Beach. I rode along once, as a kid, at Spyglass Hill, but not even on the most storied course in my backyard. I’ve never played Torrey Pines, or Augusta National, or Pinehurst, or Oakmont, St. Andrews, or Muirfield. But I’ve played a lot of different courses. And Caves Valley is the nicest one yet.

While you’ll spend your week as a spectator at the private club this weekend for the Constellation Senior Players Championship, it’s worth the trip for the scenery alone. The sprawling, private course is now 26 years old and hasn’t hosted a prominent men’s championship since the U.S. Senior Open in 2002. But it’s primed to re-stake its claim as one of the mid-Atlantic’s leading tracks this week.

The entire course was reseeded two years ago and several groves of trees have been removed to open the course up visually. This has created spectacular sight lines from various spots along the hillsides, where spectators can see multiple holes of play from above the action.

You’ll need to know a member — like Joe Flacco — to play the course, but this weekend gives you a chance to take it all in. If you’re a true golf fan, you should do that.

The nines will be flipped from the usual layout, meaning players will tee off from the course’s usual #10 and finish at #9. To avoid confusion, all holes below have been listed as they will appear for the tournament. 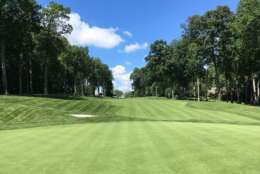 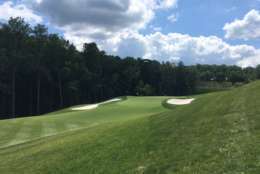 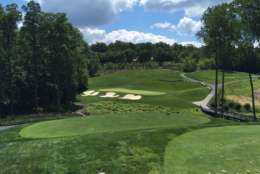 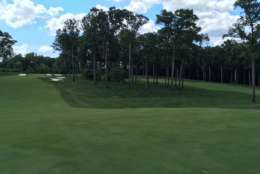 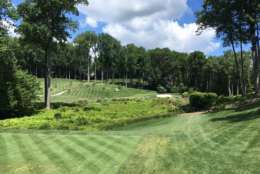 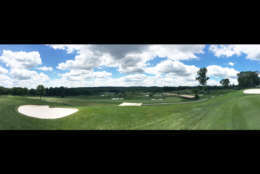 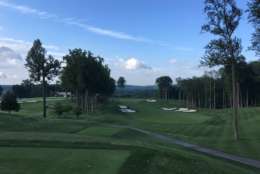 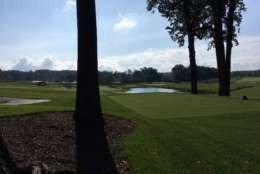 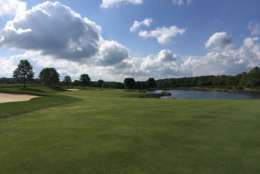 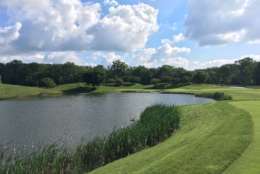 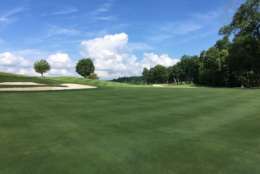 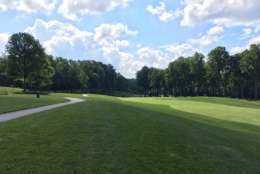 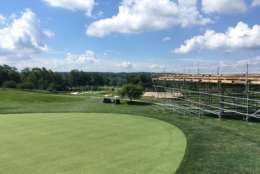 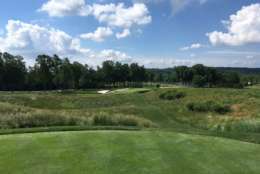 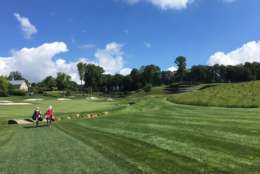 Defending champ Bernhard Langer continues to tear up the Champions Tour, having won locally at the Senior PGA Championship at Trump National back in May. Fred Couples has withdrawn, but there are still plenty of names in the field, including John Daly and Vijay Singh.

Oh — and it’s going to be really hot the next few days. The heat index is projected around 105 degrees during Thursday’s first round. Be sure to stay hydrated and carry water with you on the course. Thankfully, there are lots of shaded areas thanks to a heavy dose of tall trees, providing more cover than many courses for fans.

Also, if you’ve never been to a PGA Tour event, it’s a good idea to look through the list of prohibited items, some of which you may not readily realize you should leave at home. Among other things, big bags, lawn chairs and cameras are all prohibited. Plan ahead so you aren’t surprised when you arrive.

Parking will be just on the other side of Park Heights Avenue from the course, at the base of Blendon Road, which runs up the hill to the clubhouse, unveiling dramatic views of the course below.