Growing raspberries? Here’s what you need to know

Raised beds not the best place for roaming raspberries 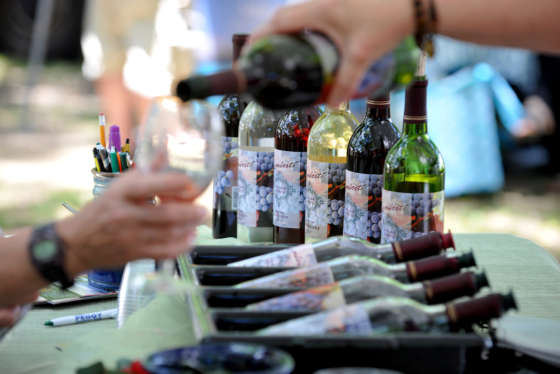 Whether it’s crabs you crave or wine you want, chances are, there’s a festival to fit your food fixations. Here are some of the best in the D.C. area.

Amy in Bowie writes: “I recently transplanted all of my perennial herbs from one of my raised beds to a place in the ground near the house, and now have some unexpected garden space: a 4-by-8-foot bed. I’m wondering if it’s too late to get a permanent raspberry patch going in there.”

Not too late, but I am going to ask you to undo your recent work and change plans a bit. Herbs love growing in raised beds, but raspberries do not.

As long as the drainage is good, raspberries prefer poor soil and will produce much more fruit in the flat ground area near the house where you moved your herbs. Raspberries also spread via underground runners and would escape a raised bed next season — probably by sending their new canes up into the middle of your tomatoes.

So switch the herbs back to the bed and give the berries room to roam!

Amy in Bowie continues: “I read one of your articles on raspberries and think I want to go with the fall-bearing types that produce two crops. Is it too late to get raspberry plants in now?”

Not at all, Amy. Local garden centers should still have plants, and because raspberries spread so aggressively, gardeners like me are always happy to give away new canes that are springing up in an awkward place in the spring.

And yes, I love the “fall-bearing” types (as opposed to so-called “ever-bearers”), even if they are terribly misnamed.

The tips of first-year “fall-bearing” canes will produce big clusters of large fruits at the end of the season. But then, please ignore the advice to prune or mow down the plants, and the canes that turned brown and seemingly dead over winter will sprout lush green growth the following spring that will produce a second, much larger crop in June.

Then, you can prune out those canes — they are done fruiting and will now turn brown for real. But new plants will have already emerged from the underground root systems to produce their own two crops and removing the dead canes will give that season’s new growth more airflow.

Trellis? Raspberries laugh at your trellis!

Amy in Bowie continues: “What sort of trellis would my raspberries need?”

Raspberries are rascally plants that defy conventional growing systems and human containment efforts, Amy. If control them you feel you must, you can mow “walking lanes” in your patch and tie the new first-year canes to a grapevine-style trellis. But those nonproductive lanes will cut your berry production in half — and you’ll have to make new lanes and trellises every season, as the new canes will likely emerge quite a distance away from your previous year’s rigging.

Better to let the patch spread out naturally to maximize production. Just be sure to wear long pants and long sleeves for protection from thorns when you pick.

Amy in Bowie concludes: “Are there any plants that make good companions for raspberries? I was thinking specifically of planting strawberries in with them to make a permanent berry bed. Is this a good idea or am I crazy?”

I pass on the second question, Amy, but the answer to the first one is easy — it is a very bad idea.

Raspberries, blackberries, dewberries, thimbleberries, wine berries and the other “cane fruits” are roamers that send up new shoots in a different location every season. You could make a “permanent berry bed” by planting a large area with raspberries, blackberries and wineberries and letting them fight it out, but the poor little strawberries would be appealing to the Red Cross for blankets, chocolate and lawyers by year two.

If you look carefully in the wild, you’ll see the small but delicious fruits of the “thimbleberry'” — or “black cap raspberry” — growing close to the ground on uniquely colored purplish canes. Let these tasty little treats turn black before picking — but do pick and enjoy them. They are delicious.

Then come the first crops of cultivated raspberries, both on fall-bearing plants that were wisely left unpruned last winter and on ever-bearing varieties that produce small amounts all season.

Then the incredibly juicy wineberries ripen up their beautiful red fruits on highly colorful arching canes. Once grown as an ornamental for their bright red and green colors, these plants have escaped into the wild and have become a common sight in the woods and marginal areas in our region. And despite what you may have been told (by someone who never tasted one), they’re not only edible, they’re delicious.

Be warned, however, that raspberries, blackberries and their wild cousins are thorny — so wear long pants and sleeves while picking. And like all “cane fruits” they spread like mad and can’t be contained in a small area.

If you need your berries to be better behaved, stick with blueberries and strawberries. 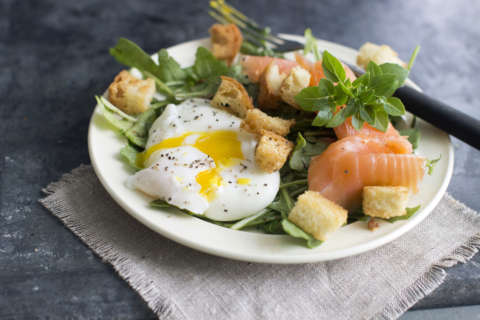 Up your brunch game: 22 recipes for eggs, muffins and more 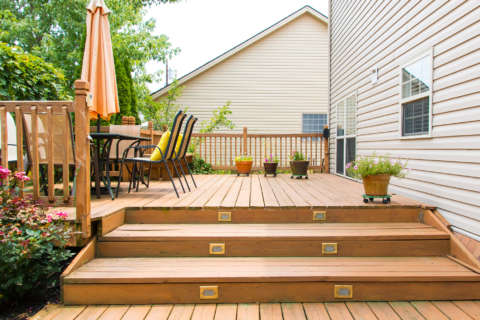 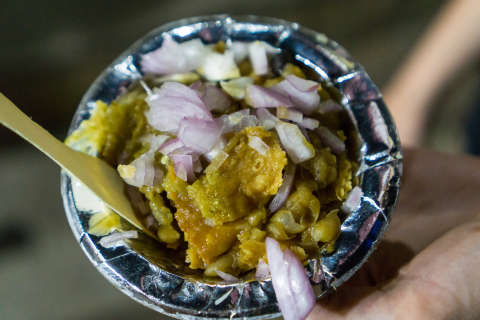 Travel with your taste buds: Street food shines in DC