Looking for an antidote for the dark days of winter? The National Capital Orchid Society will come to the rescue.
Listen now to WTOP News WTOP.com | Alexa | Google Home | WTOP App | 103.5 FM

WASHINGTON — Looking for an antidote for the dark days of winter?  The National Capital Orchid Society will come to the rescue on Sunday, Feb. 12 with its 39th annual orchid auction.

The free, public event will be held at Behnke Nurseries Garden Center in Beltsville, Maryland.

More than 300 rare and unusual orchids will be on display starting from 10 a.m.; they will go on the block beginning 11 a.m., in what has traditionally been fast-paced auction action.

Again, admission is free, and you don’t have to bid. You can just immerse yourself in the orchids, many of which were grown out of private collections and are rarely seen — even by experts.

The auction could be helpful if you’re looking for a unique horticultural gift for the upcoming Valentine’s Day holiday (to those of you who didn’t know that the Big Day was fast approaching — this timely reminder is your gift).

You could attend the event with that special someone, ask which plant is their favorite (or just listen for the ooohhhss and ahhhs when it appears) and then proceed to “win” the orchid of their dreams for them.

That’s a Valentine’s Day they’ll be sure to remember.

Valentine’s Day is a mere week and a half away. That means you’ll want to be ready with a nice card (not a dumb one; stay away from the ‘joke’ section in the card store); chocolate (the darker the better; milk chocolate is for when you’re sick, like tea and toast); and of course, flowers.

Earn some bragging rights by presenting that special someone with a Phalaenopsis or “moth orchid.” The perfect floral gift for Feb. 14, Phalaenopsis is the easiest type of orchid to care for. Just protect it from miserably cold weather, don’t over water, place in bright light but not direct sun and it could flower for many months — especially if you pick a specimen with lots of unopened buds on the stem.

As Valentine’s Day draws near, I am reminded of my favorite listener correction from a few years back, when John in D.C. wrote:

“You recommended a ‘moth orchid’ as a Valentine’s Day present. I bought one for my wife that had just a few open flowers but a lot of buds on the stem, as you had said that a plant with lots of unopened buds might still be flowering in July.

“You were wrong. We had flowers opening through mid-September.”

I stand corrected, John! And remember Valentiners, while they may look nice in the store, orchids in full bloom won’t last very long in your home. But a plant with a lot of as-yet-unopened buds on the stem may still be flowering five — eh, make that seven months — later.

“I want to grow Four O’ Clocks this year, but notice in online forums that some gardeners are complaining that their Four O’ Clocks have no fragrance. I also notice that garden catalog descriptions will rave about the fragrance of one variety and there won’t be a mention about fragrance for a different variety. Is there a clue to finding seeds of a fragrant variety, or is something missing in the soil that can cause them to be non-fragrant?”

It’s not in the soil, Caryl. It’s in the DNA of the plant. Old-fashioned and heirloom varieties are sure to be fragrant, while modern hybrids often sacrifice scent for other characteristics. So go by the catalog description and stick with plants described as having good fragrance. 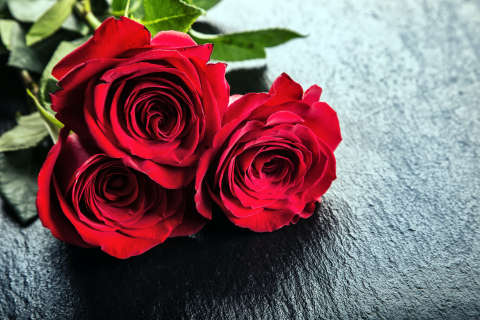 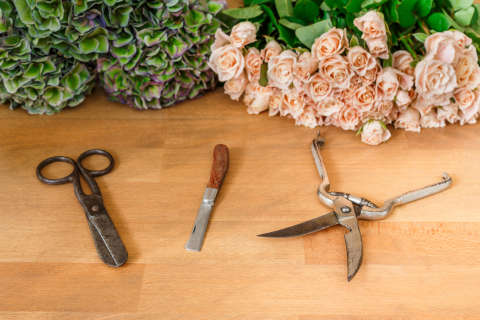 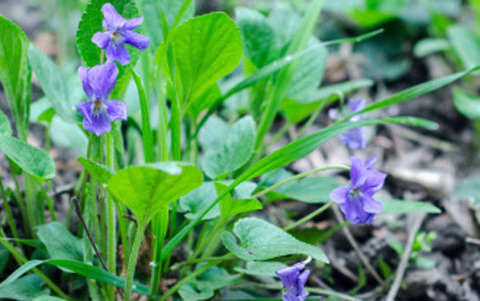 Not so wild about violets? Pick ’em and eat ’em