Getting rid of yellow jackets in your garden

WASHINGTON — The Japanese beetle suggestions last week stirred up a lot of comments. Here’s a final suggestion on controlling them from Carol in Princeton, New Jersey (who picked up on the discussion online).

She writes: “The instructions on commercial Japanese beetle traps emphasize that you have to change the bag often or the smell of the dead beetles will repel the living ones. I decided to try and use that to my advantage. When a trap bag got full, I let the beetles in it die, punched some holes in the bag, pounded it a bit, and hung it on the cherry tree they were destroying. Complete success, there are no beetles attacking the tree. Now I’m going to trap some more and hang their corpses on my rose bushes.”

Good old New Jersey justice. Maybe they should change their motto from “The Garden State” to “We know how to make problems go away.”

I always beg people to ignore ground-nesting insects that look like bees in the spring, as these are harmless native bees. They don’t sting and they’re great pollinators, which we desperately need to keep the flowers blooming and food coming.

But once we get deep into July, ground nesting insects that look like bees are not bees, they are dangerous yellow jackets — highly aggressive members of the hornet family that like to sting, can sting repeatedly and inject you with a pheromone that entices other yellow jackets to come and sting you as well (reminds me of one of my old street corners in Philly).

If you stumble upon a nest (very common while mowing or weed whacking) and get stung repeatedly, seek medical attention immediately — especially if you experience symptoms beyond the pain of the individual stings, especially difficulty breathing. Virtually all of the so-called bee sting deaths in the United States are actually the result of yellow jacket attacks, and you should take such an attack very seriously.

If you just get stung once and you’re not bee-sting allergic, pour some meat tenderizer containing papain or papaya onto a damp washcloth and press it onto the sting, the papaya extract will neutralize the venom and the pain will disappear in minutes.

Yes, this means you should have a jar on hand and in sight during the summer months. We use Adolph’s “100 percent natural, no MSG Tenderizer,” works on any wasp, hornet or honeybee sting.

Bowl them for a strike

They may look like bees, but ground-nesting yellow jackets are actually members of the hornet family and their large numbers and unmatched aggression make them extremely dangerous, especially when you get near their underground nests.

If you see yellow jackets coming and going out of a single hole on relatively flat ground, you’re in luck. Get a large glass bowl and use it to carefully cover the hole first thing on a cool morning, when the cold weather keeps them inside the nest or moving very slowly outside of it.

Never approach a nest in the heat of the day or even on a warm evening — and always have a helper standing by with a can of cooking spray, such as Pam, to soak any hornets that do try to get near you. Oil sprays are safe for you, and highly effective against all insects. (True horticultural oils are one of the mainstays of organic pest control).

Leave the bowl in place and the yellow jackets will die out. They can’t dig a new entrance/exit and will be trapped inside. (Surprisingly, these underground nesters are not burrowing insects, the Queen always begins a new nest in the spring by using an existing mouse or vole hole).

Yellow jacket nests are stone cold dangerous, and people often suffer severe stings while trying to eradicate them with pesticides (which don’t work, thanks to the clever design of the underground nest, which 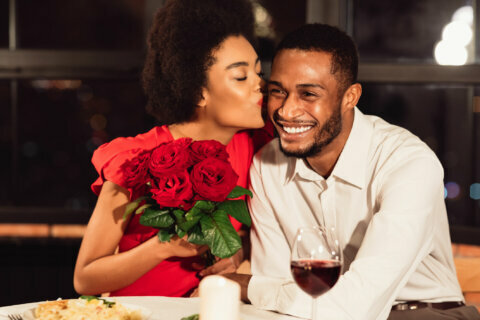 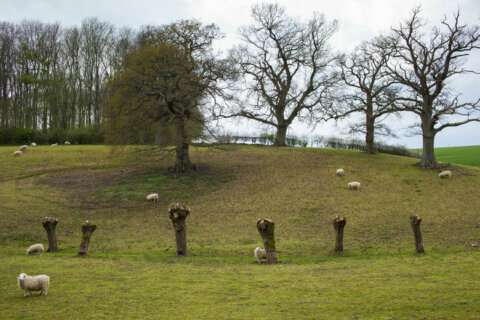 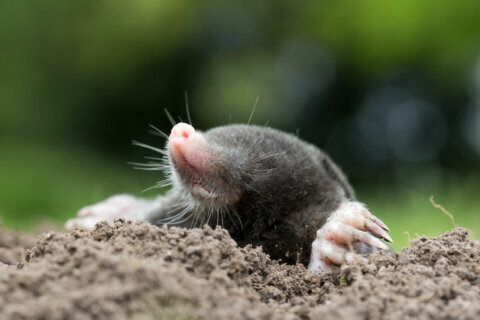