The red button was always there — just in case.

Most people never knew the United States’ first nuclear power reactor to provide sustained electricity to a commercial power grid was — and is — on the grounds of Fort Belvoir, the U.S. Army installation in Fairfax County, Virginia.

But it won’t be there much longer.

The U.S. Army Corps of Engineers will soon dismantle the power plant, which generated electricity from 1957 until 1973, but it will have to be done carefully. The facility still has low levels of radioactivity in portions of the facility, despite being taken off line almost 50 years ago.

Editor’s Note: This story has been updated to correct that it was thought to be the United States’ first nuclear power reactor, not the world’s. 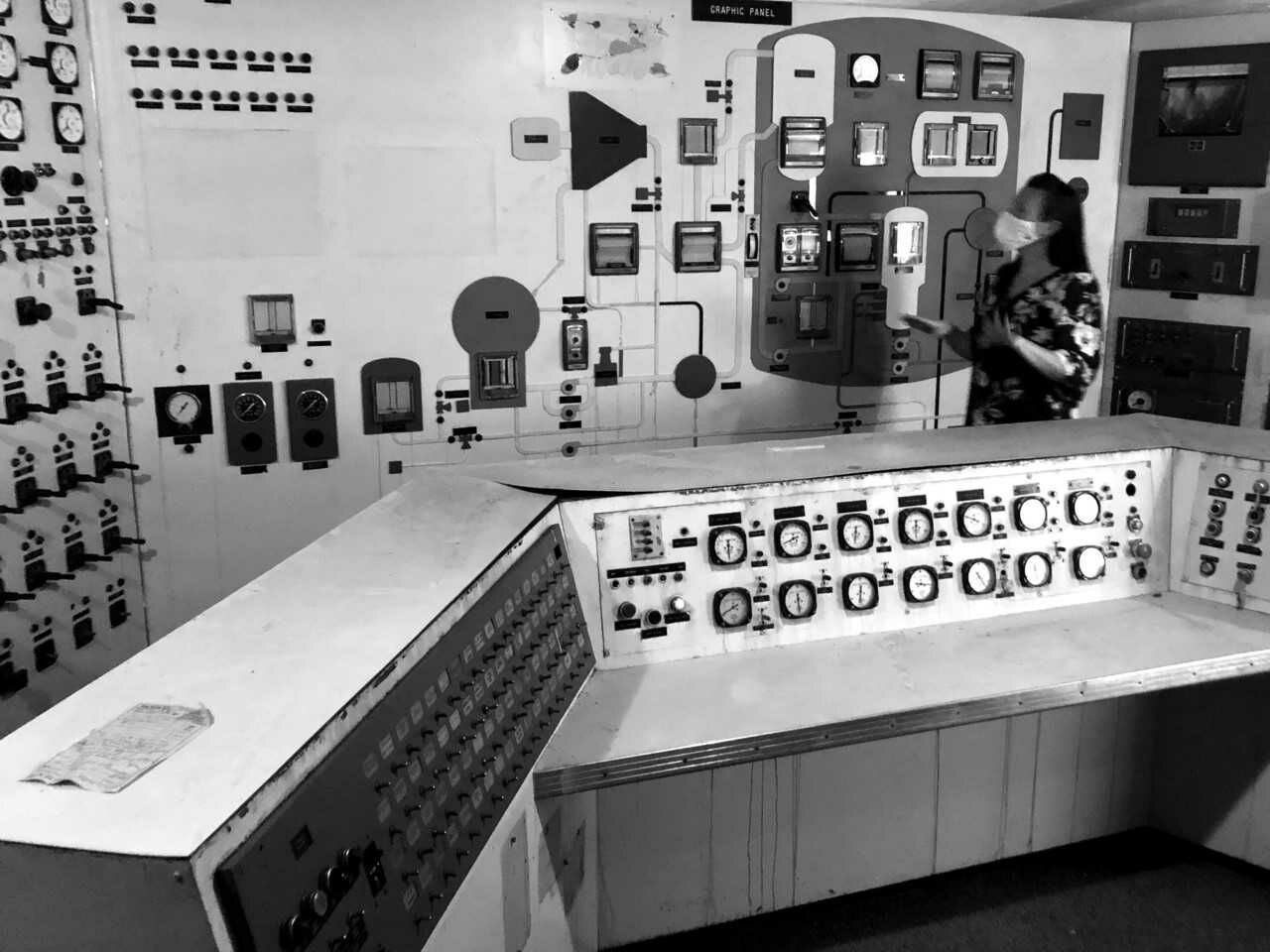 Dedicated in 1957, what the Army called SM-1, for stationary medium power plant No. 1, was groundbreaking technology at the time.

”The primary mission of SM-1 was to be utilized as a training facility for the Department of Defense mission for nuclear power,” said Brenda Barber, project manager for the final decommissioning and dismantling of the deactivated plant. 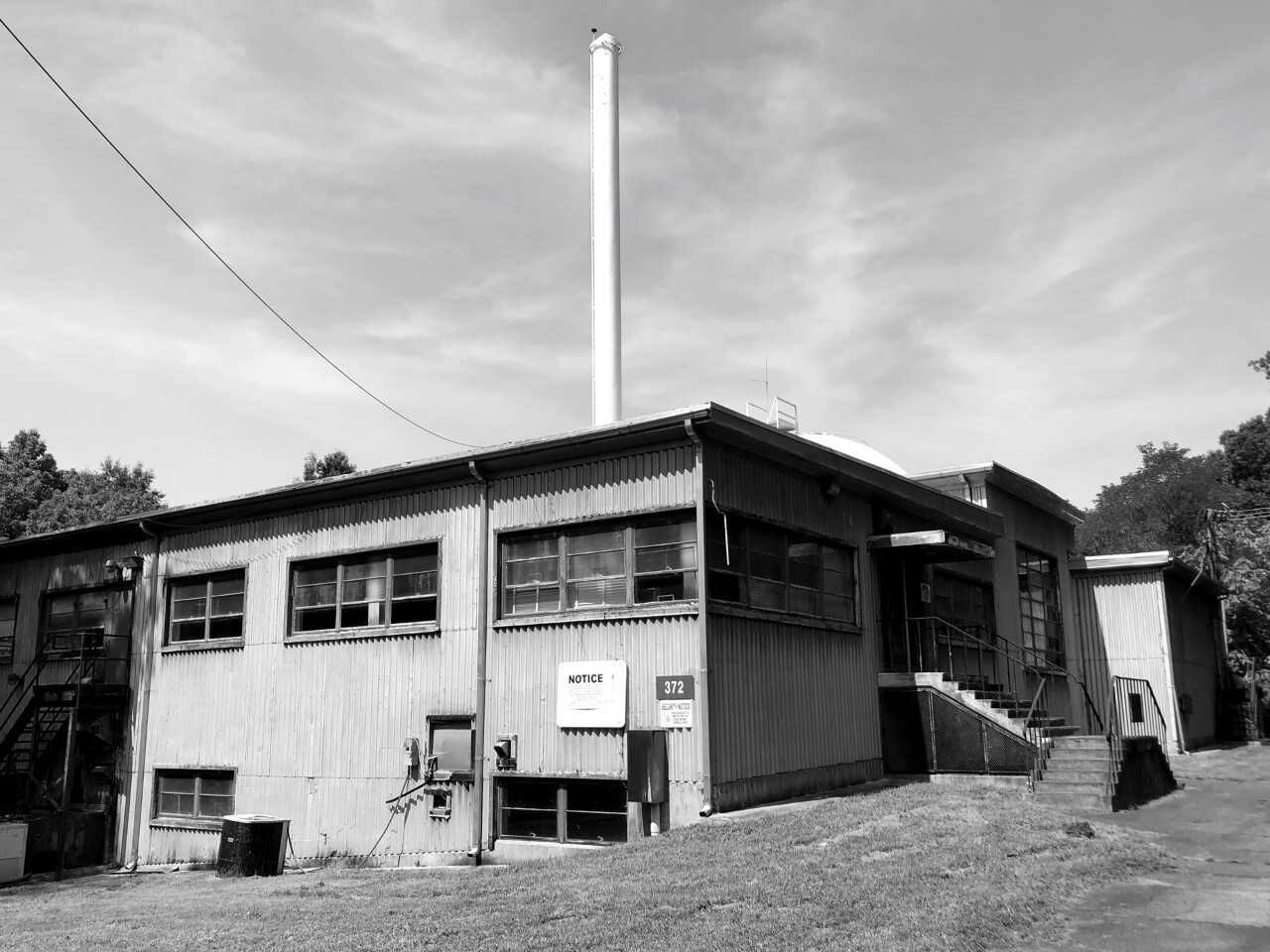 2/12
The first nuclear reactor to power a grid was unassuming. (WTOP/Neal Augenstein)

In a facility smaller than many houses, the Army envisioned the Fort Belvoir plant as a place to hone its technology, with the hope of making the power-generating facilities mobile.

”The primary objective was to see if they could start to field these for remote locations, where the logistics to get fuel was a challenge,” said Barber. 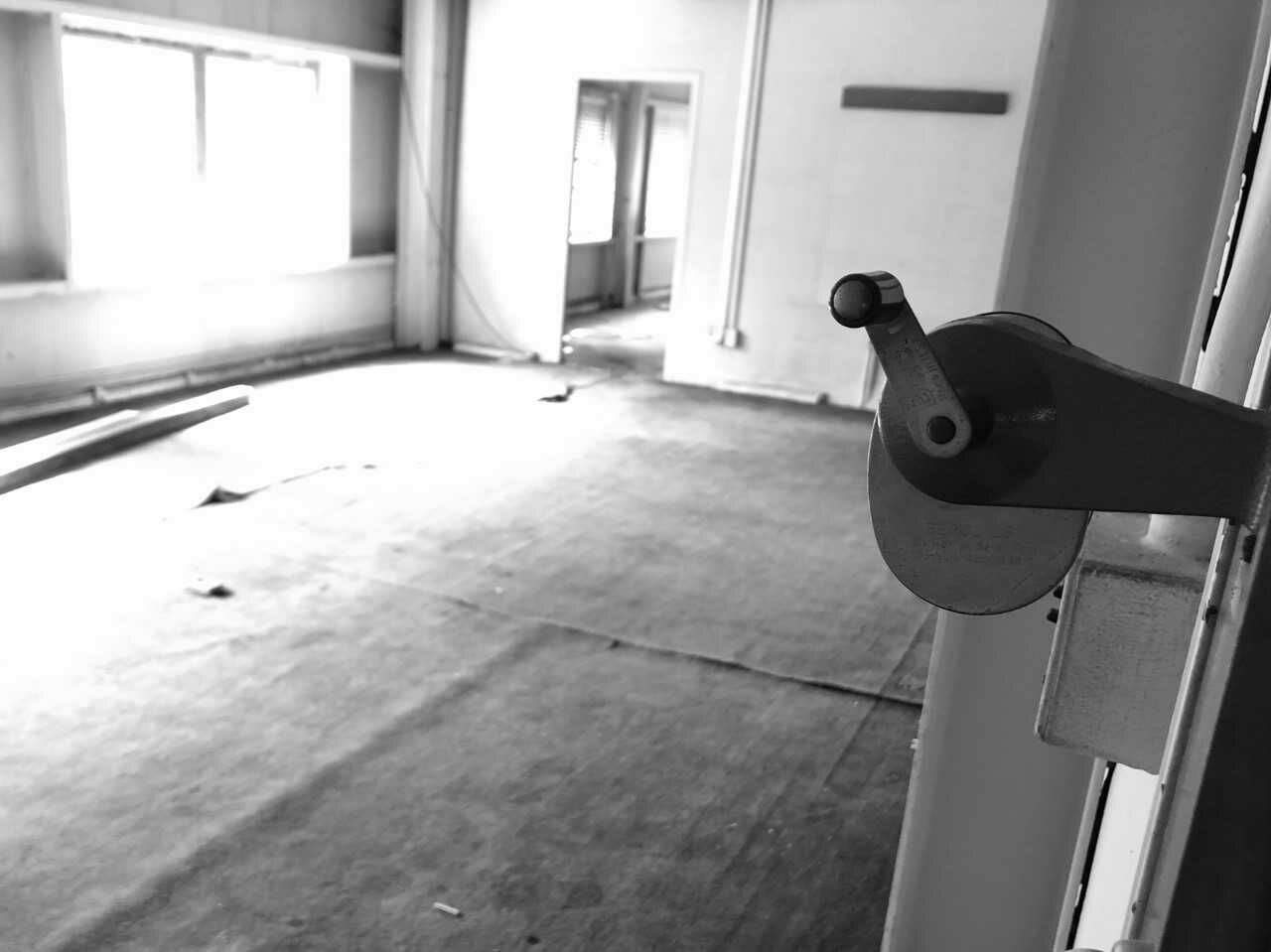 3/12
Nuclear specialists were trained in classrooms and the control room. (WTOP/Neal Augenstein)

Hundreds of nuclear plant specialists trained at SM-1, before it was shut down, in 1973.

”The era that it was taken off-line was the Vietnam War era, so funding became a challenge. Also, the Army had proved its proof of concept and knew this was a viable technology,” said Barber. 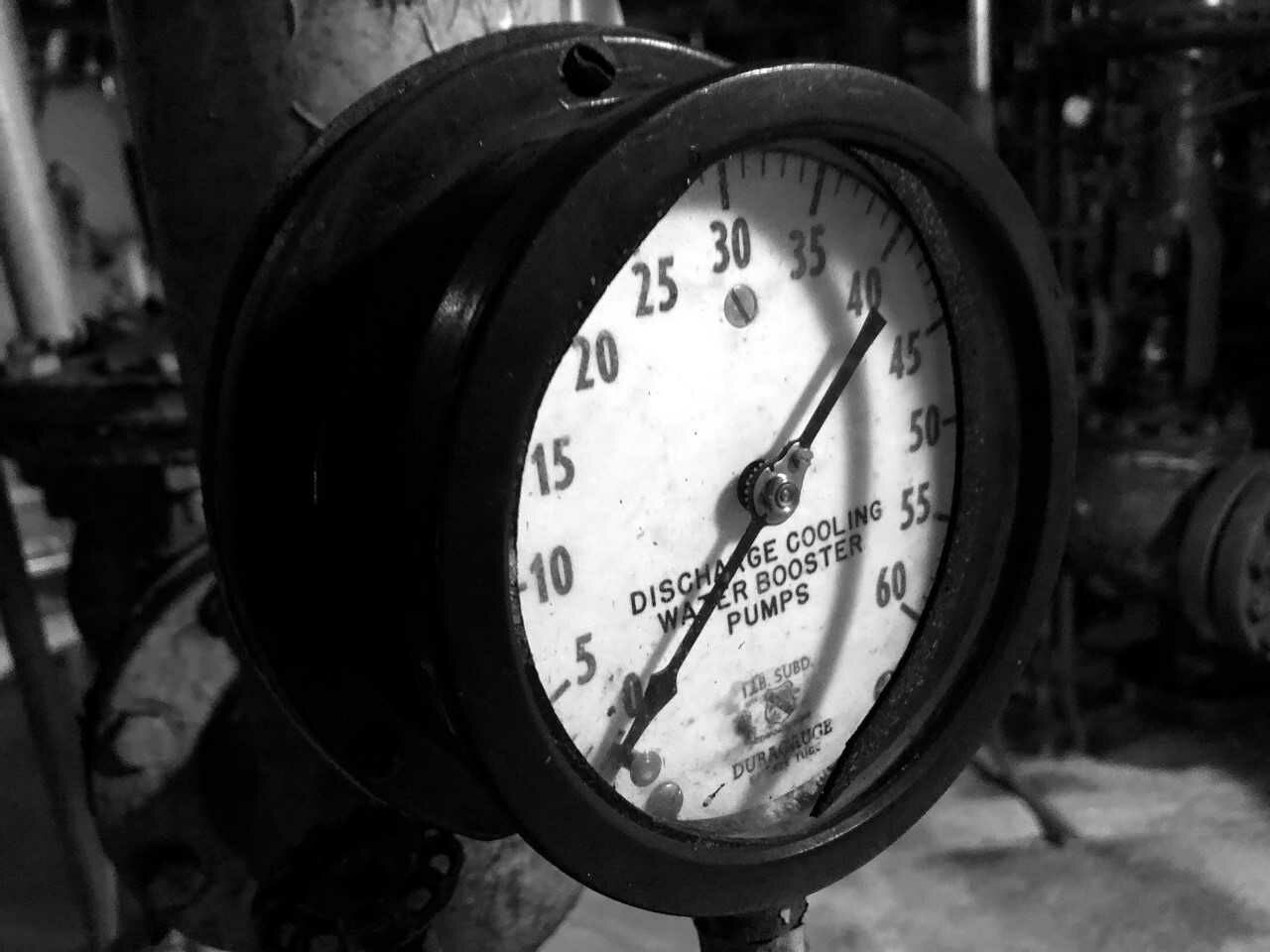 However, when the plant shut down, the Army Corps of Engineers couldn’t just hit the “Off” button, and walk away.

”At the time of initial deactivation, there were high levels of radioactivity, which made it an occupational risk,” said Barber.

The most dangerous elements in the operation of a nuclear power plant — including uranium-235 fuel — were removed immediately.

”The Army staff moved in and they removed all the fuel rods, all the nuclear fuel, and all the remaining residual liquid radioactive waste,” Barber said.

Other pieces of radioactive equipment were sealed within a 64-foot-high concrete-and-steel, lead-lined containment vessel. 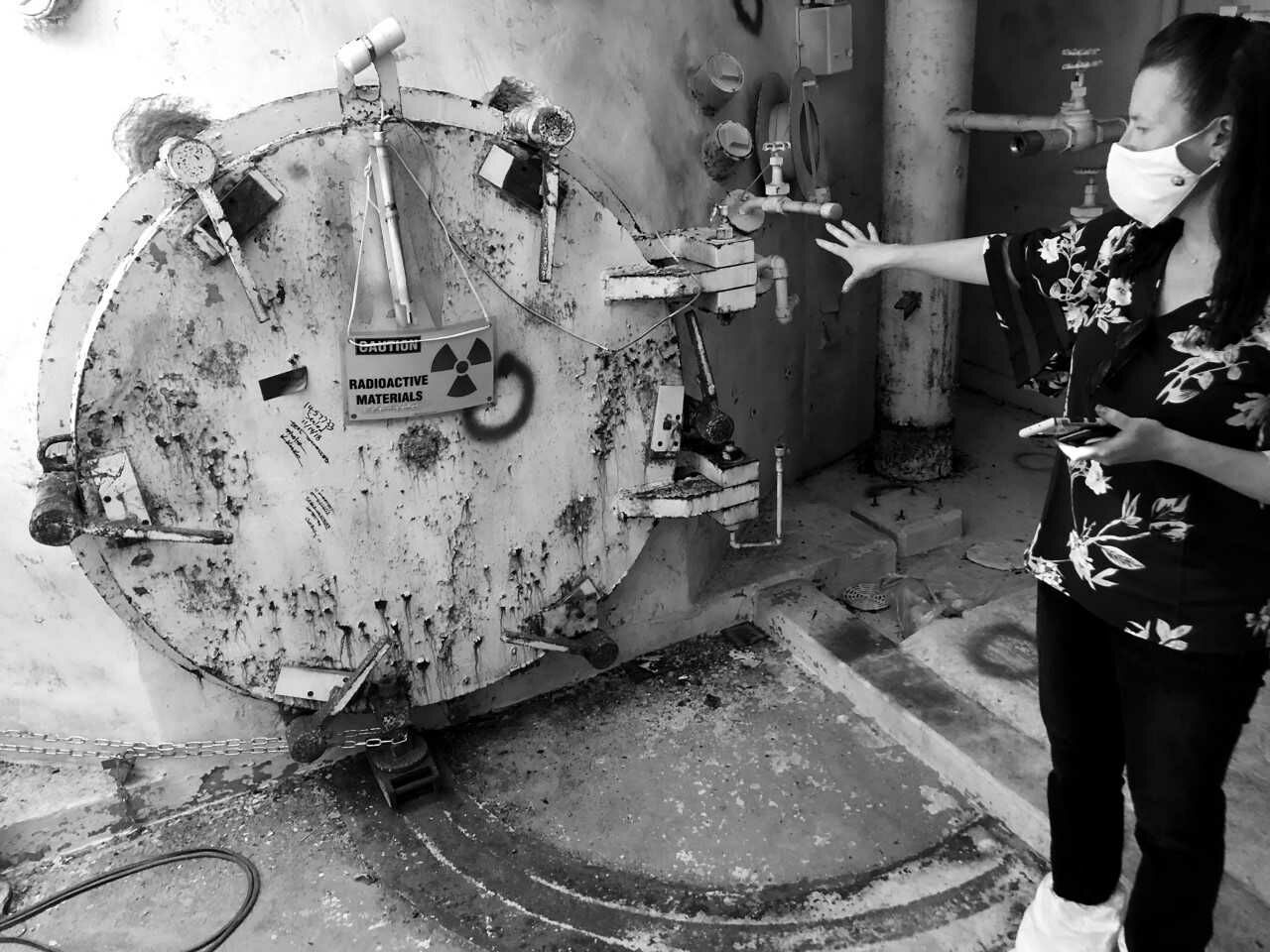 And then they waited.

”Some radionuclides decay over time, and have a very short half-life, and some radionuclides have a very long half-life — hundreds of years, and won’t ever go away. In our case, the sites will never completely decay, so we do have to come in and complete this decommissioning,” said Barber. 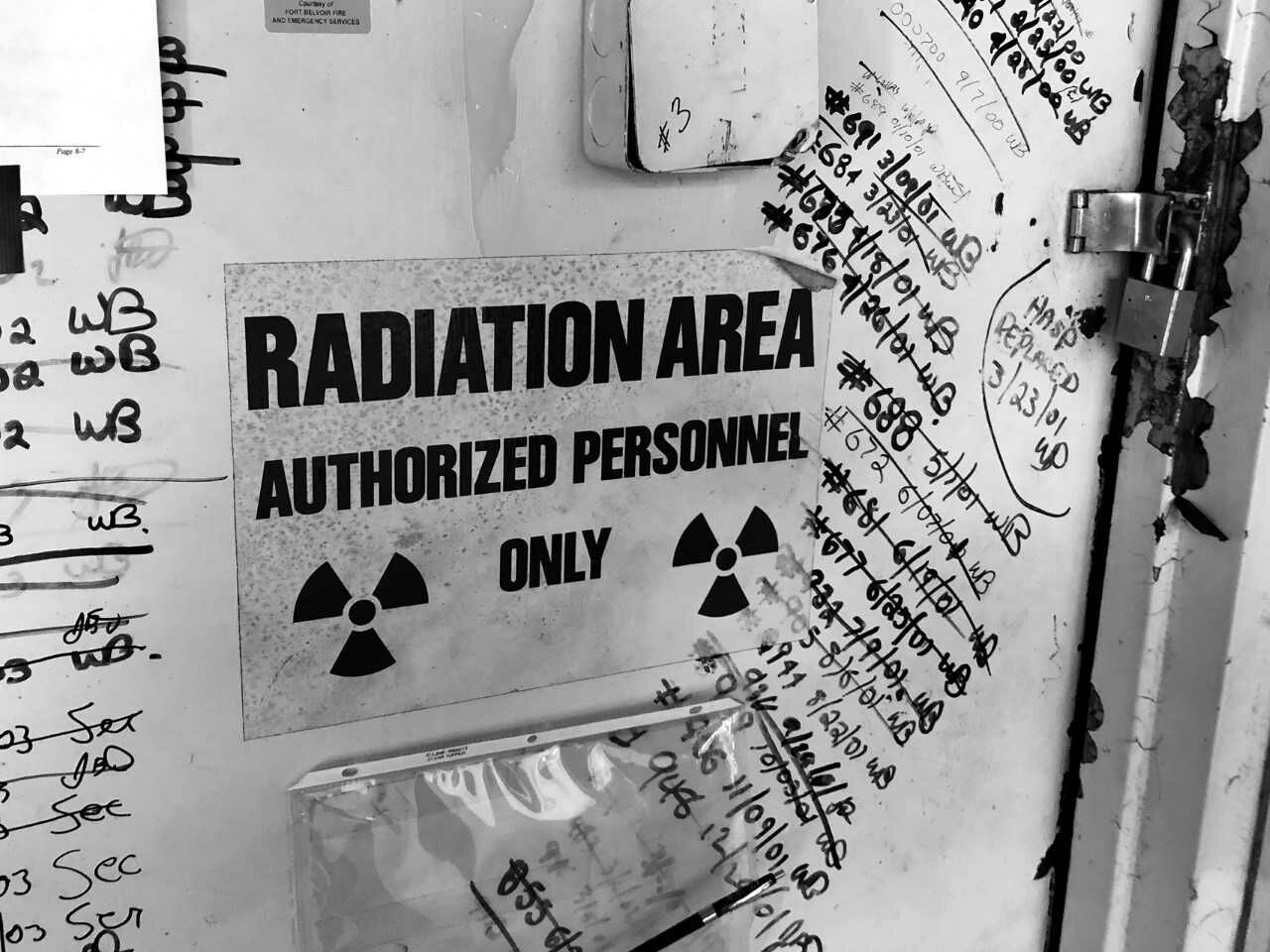 6/12
Radioactive materials are stored in a containment structure. (WTOP/Neal Augenstein)

Barber unlocked the door, to allow WTOP access to the room which contains the huge, heavy, sealed vessel which is holding the most dangerous pieces of the reactor.

In the normally-secure room, where traces of radioactivity are highest, a sign-in sheet and protective booties are reminders of the leftover dangers of nuclear power, and the asbestos, lead-based paint, and dust in a 1950s-era building that has been closed off for 47 years. 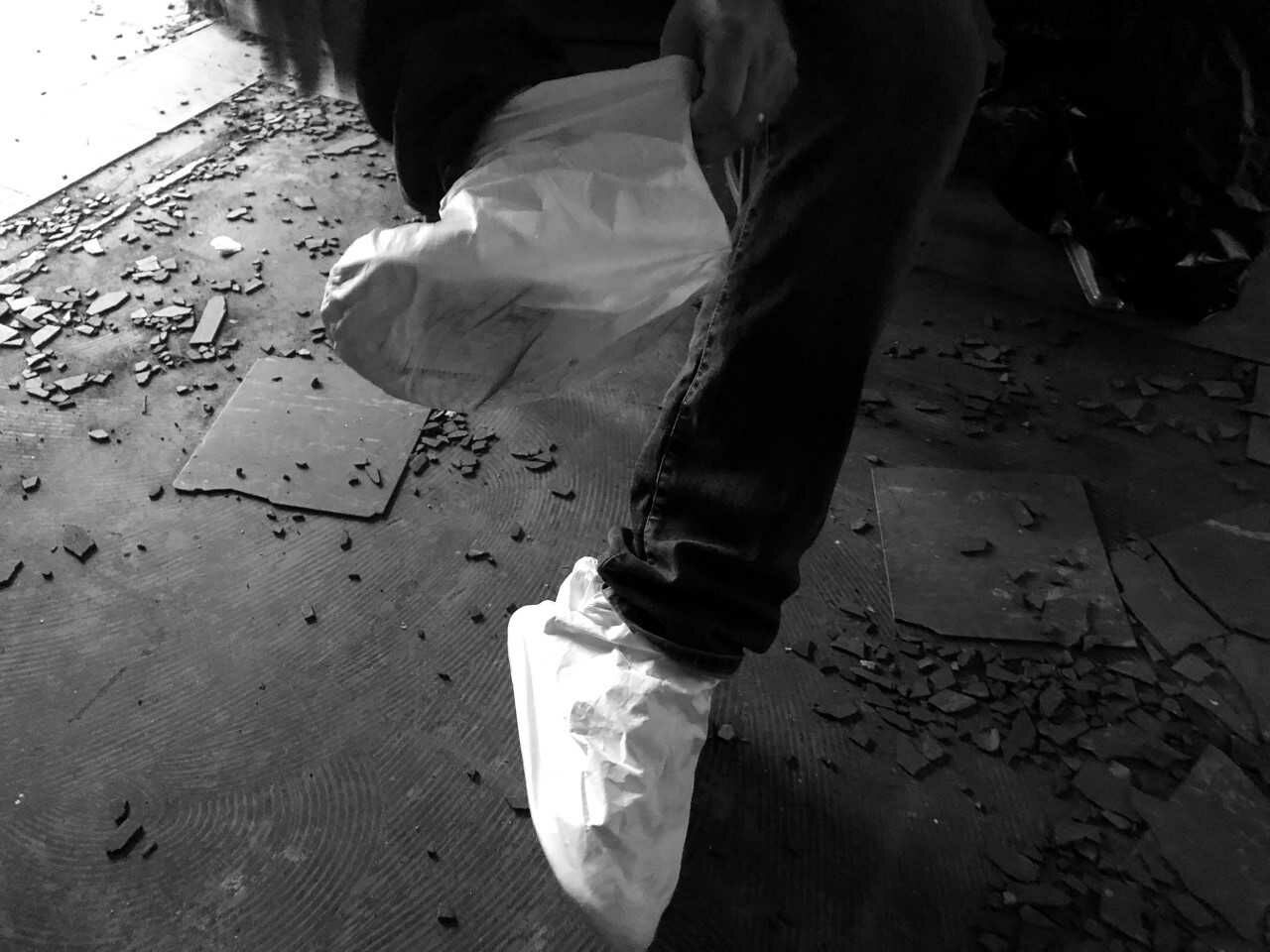 The Army Corps will work closely with a contractor. And deliberately. And carefully.

Then we will demolish the building, and do any sub-surface removal of contamination in the soils, remove all the subsurface utilities, and then restore the site and re-vegetate it.” 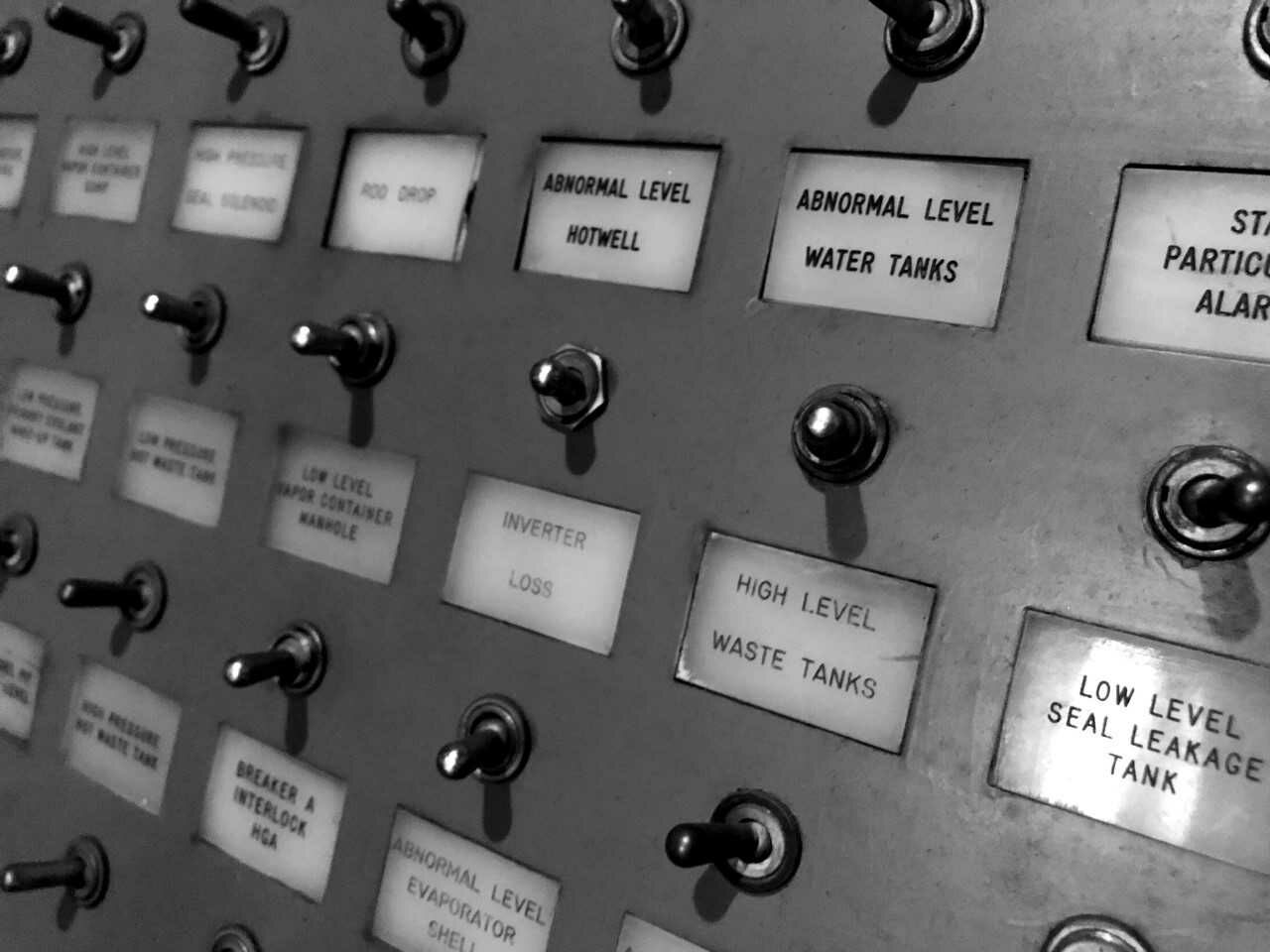 8/12
Safety was, and is the Army Corps’ prime objective. (WTOP/Neal Augenstein)

The now-silent control room contains countless switches, alert lights and print-outs, which monitored the performance of the reactor, in its prime, and looked for clues that something might be amiss.

“The risks associated with nuclear power is that there’d be a meltdown of the core — that the reactor would become superheated, and the core would melt down, and there’d be a release of radioactivity,” Barber said. “As the Army, all our reactor components were housed in a vapor containment structure, to minimize the risk, should there be an accident.”

Since its deactivation in 1973 and 1974, the SM-1 no longer has the elements or conditions in place to make such a meltdown possible. The vast majority of remaining low-level radioactivity is limited to activated metals and components of the reactor system, which are secured within the containment vessel.

In the years before the nuclear plant disasters at Three Mile Island, Chernobyl, and Fukushima, Barber said the Army’s nuclear plants had one reactor-related incident at a facility in Idaho, in which three plant specialists died. 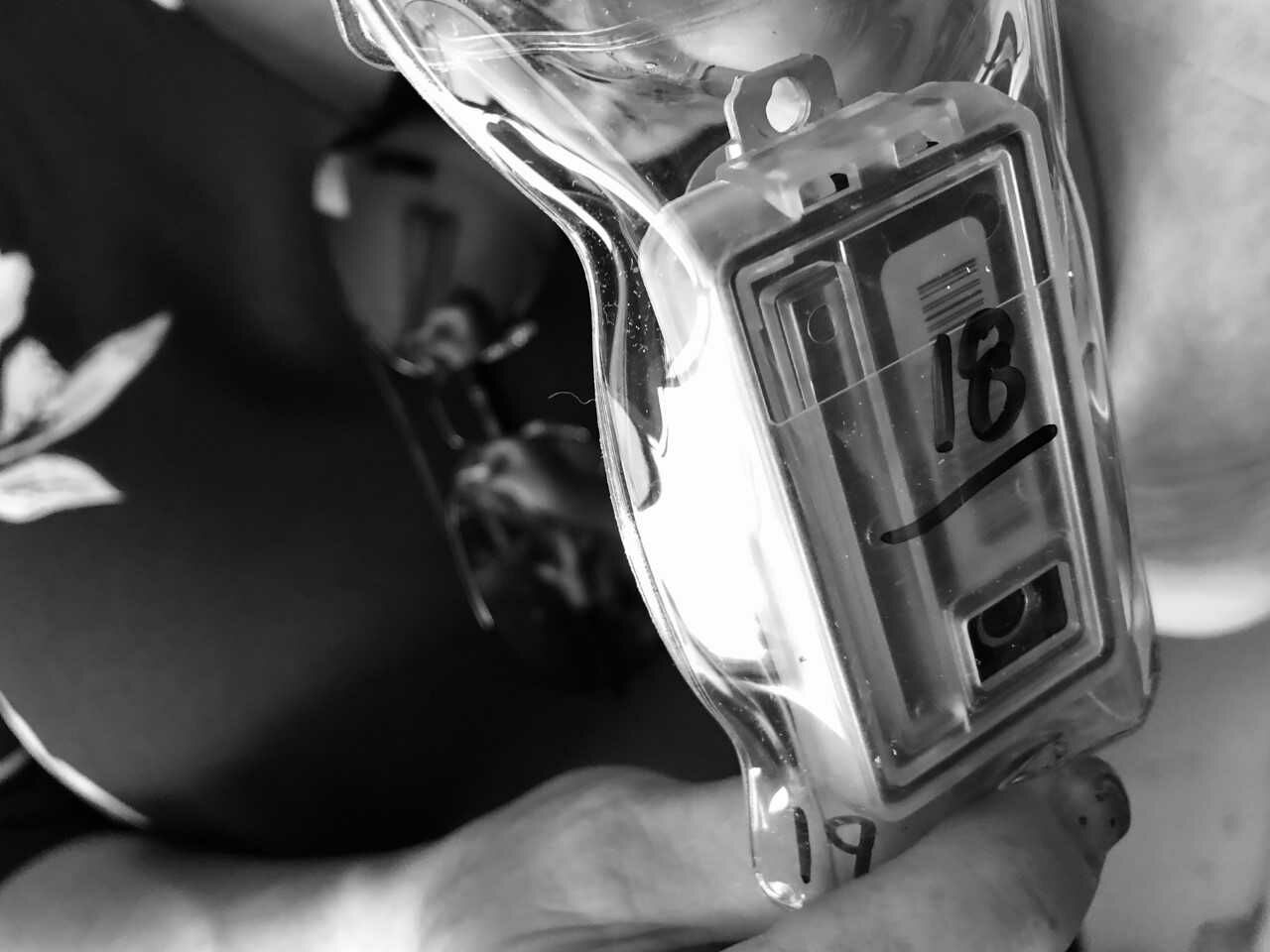 9/12
The safety risk of dismantling the reactor is low. (WTOP/Neal Augenstein)

In the years since the the reactor was shut-down, the Army Corps of Engineers has been monitoring air, water, and soil conditions nearby.

The facility is located on the banks of Gunston Cove, which flows into the Potomac River.  During the reactor’s operations, water traveled through a pipe to the reactor, and wastewater that had been diluted and cooled was discharged back into the water.

“They did monitor for radioactivity during the operation, and we have monitored post-closure to ensure there’s no impact to Gunston Cove or any of the recreational activities in the cove.”  Both pipes will be removed in the final dismantling project. 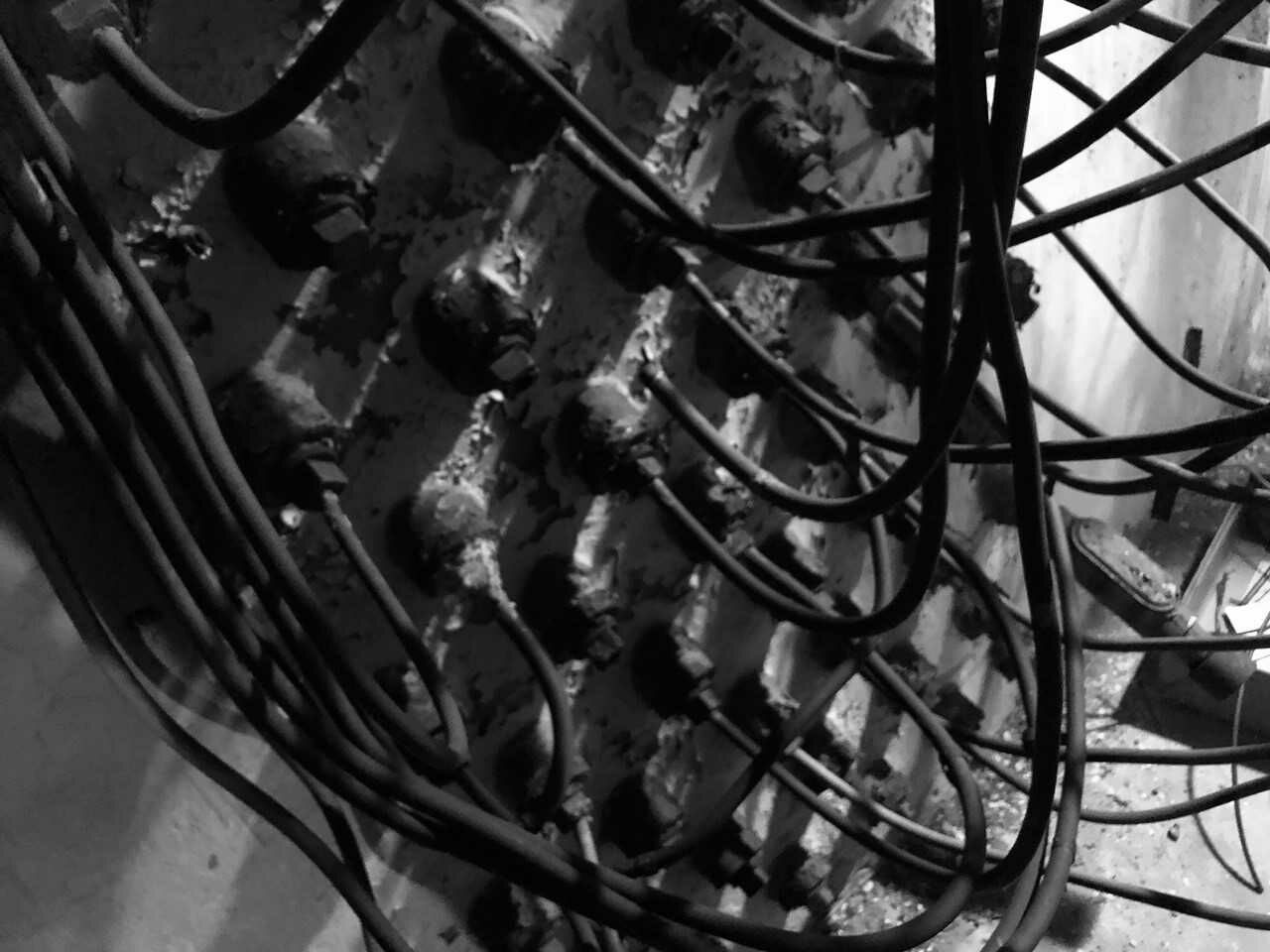 10/12
Items in secure area will be disposed of safely. (WTOP/Neal Augenstein)

The reactor’s three primary components, which likely have the highest levels of radioactivity, will be left in the vapor containment structure, to minimize risk to humans during the cleanup, as well as the environment.

“The reactor pressure vessel, the steam generator, and the pressurizer will each come out in one piece,” said Barber. “They will be packaged in an appropriate Department of Transportation package, to minimize dose during transportation, and they will be shipped to a disposal facility in the western United States.” 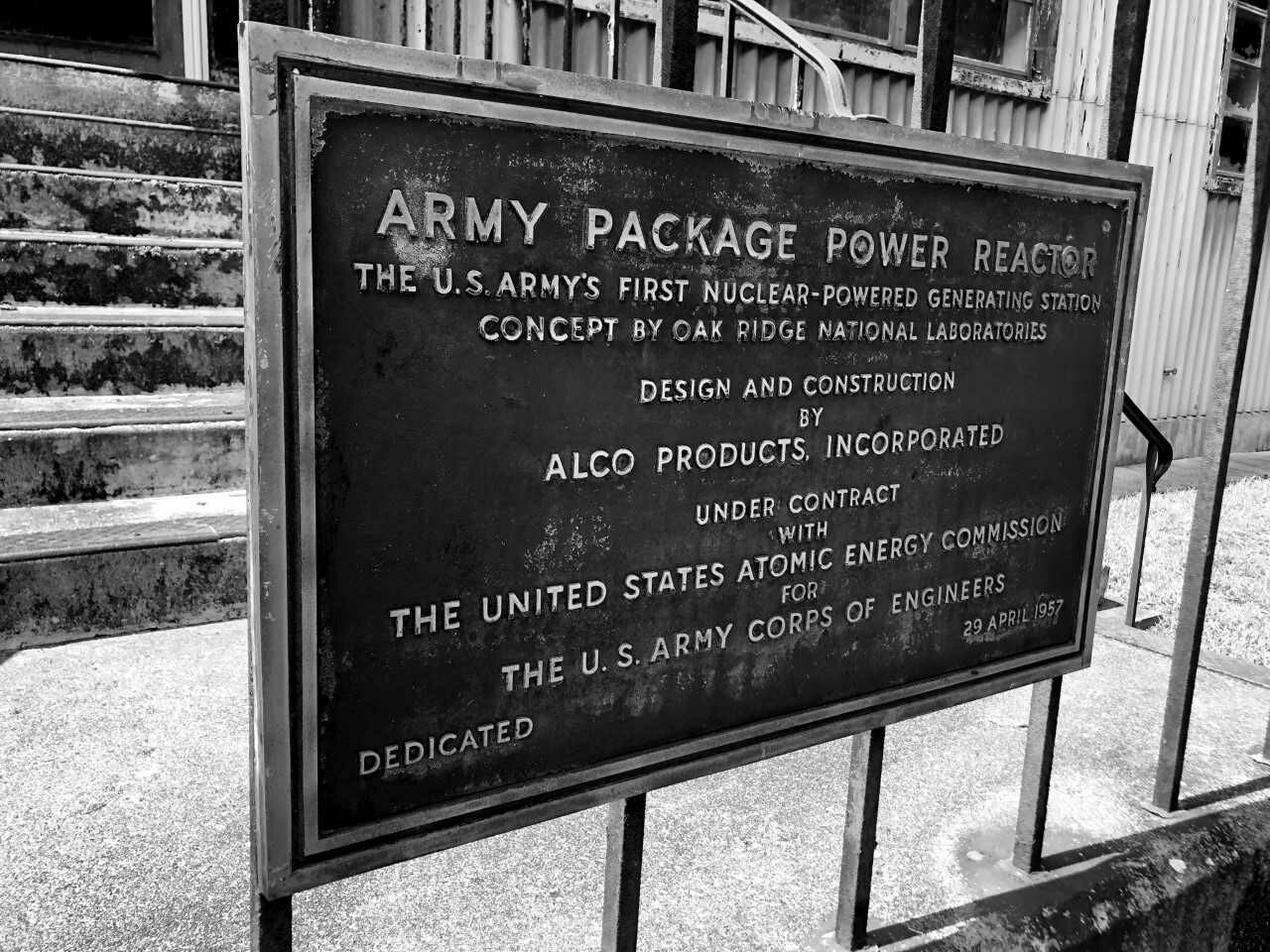 11/12
The dismantling of the reactor will last several years. (WTOP/Neal Augenstein)

The same Corps of Engineers team working on the SM-1 project recently safely completed the decommissioning of the Army’s floating nuclear power plant — the STURGIS.

Barber said safety will be the primary goal, which may require the installation of a huge tent-like structure, called an engineering control structure, similar to what the Army Corps used in the clean up of a World War I chemical weapons testing site, in the Spring Valley section of Northwest D.C.

“It all depends on the radiological surveys that we do when we get to that stage, and what the dose levels are at that point,” said Barber. “If we have concerns that they are at a level that there might be potential exposure, we will build a containment structure.”

Barber said there will a six-to-eight month window of engineering and work plan preparation to get appropriate permits to begin the dismantling.

“We plan to mobilize to the site in the February or March timeframe of 2021, and we anticipate a four to five year window to complete the total project. So, right now, we’re  hoping to be complete by 2025.” 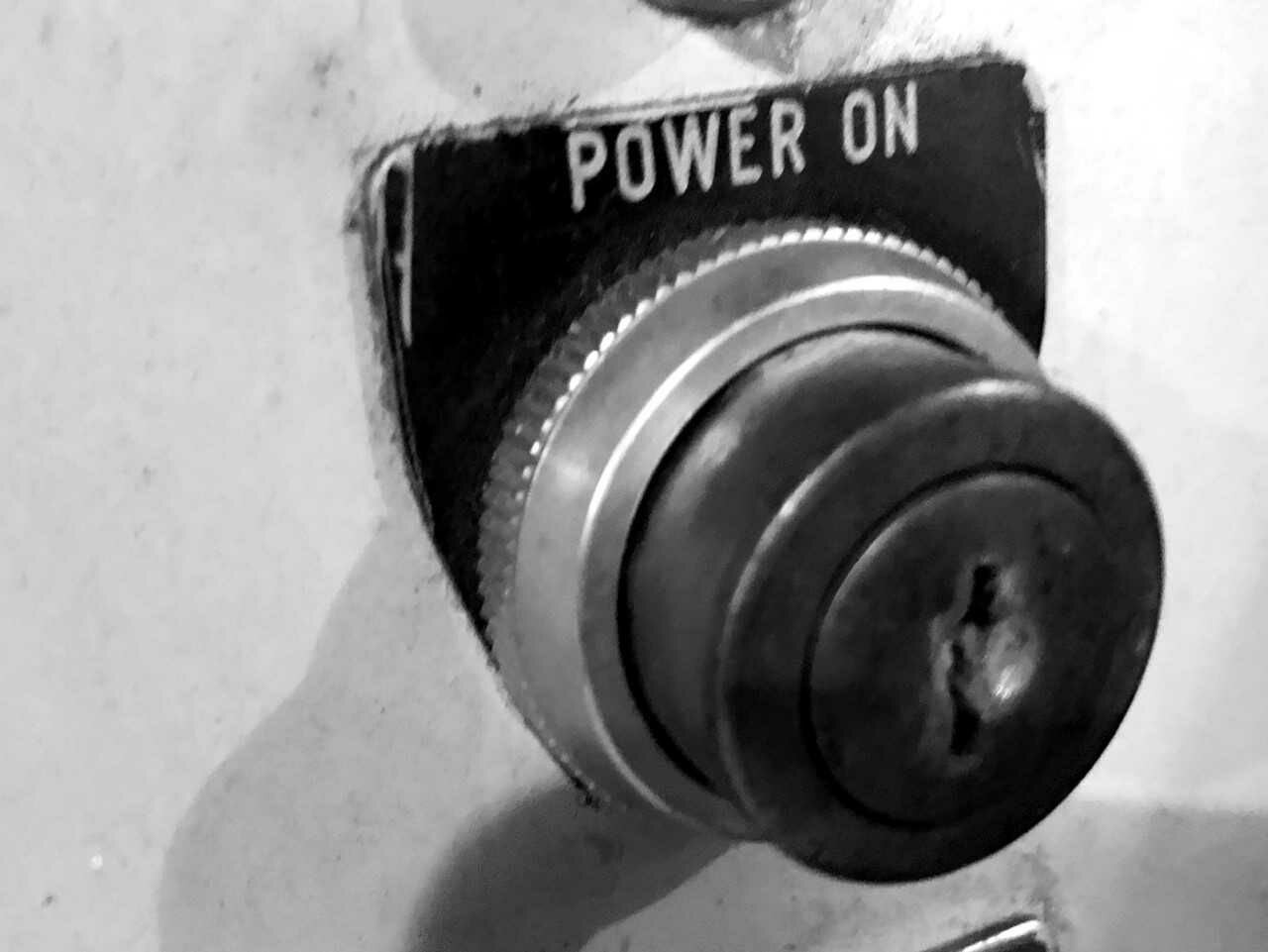 12/12
What’s next for the deactivated reactor site? (WTOP/Neal Augenstein)

It’s unclear what Fort Belvoir will do with the site, once all evidence of the United States’ first nuclear power plant to power a commercial grid is gone, almost 70 years since the Power On key was turned.