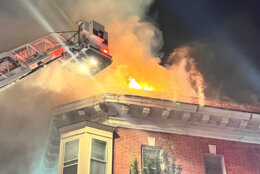 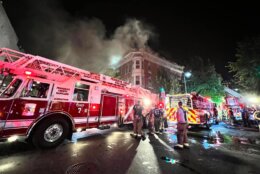 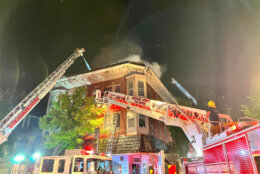 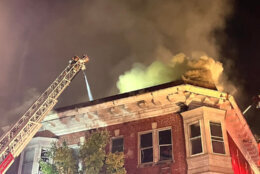 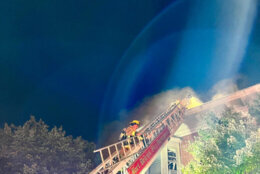 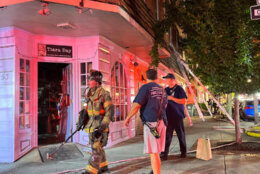 A fire in downtown Frederick, Maryland, Wednesday night forced eight adults living in four apartments from their homes and killed one cat, two rats and a pet snake.

It took firefighters more than four hours to get the fire at 2 West Second St. under control and another two hours to put out the hot spots, according to a news release from Frederick County Fire & Rescue.

More than 120 firefighters from Frederick, Washington and Montgomery counties, as well as Hagerstown and Fort Detrick responded to the flames that were called into 911 at 9:38 p.m.

The building houses the Tiara Day women’s boutique on the first floor and apartments on the second and third floors.

While several pets died in the fire, the fire department said that several birds made it out safely.

The Red Cross is assisting those displaced.

The cause of the fire remains under investigation by the Frederick County Fire Marshal’s Office, and no damage estimate has been set.