New drive-in theater in Frederick brings movies to the fairgrounds

A new drive-in theater at the Frederick County Fairgrounds hopes to give families something to do together.
Listen now to WTOP News WTOP.com | Alexa | Google Home | WTOP App | 103.5 FM
(1/4) 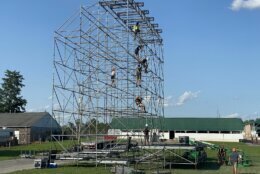 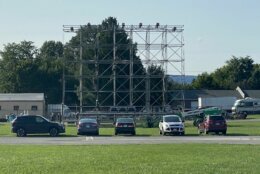 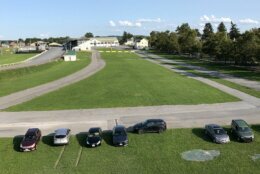 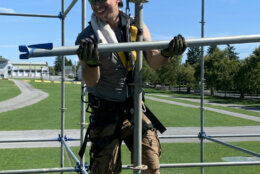 Kicking off with a double feature of “Playing with Fire” and “Forrest Gump,” a new drive-in theater at the Frederick County Fairgrounds hopes to give families something to do.

“Having that outlet on the weekends where you can come relax and enjoy something outdoors and something different close to home is going to be a good way to bring the community back together,” said Marc Chauvin, director of technical operations for Showtime Sound.

The company is helping with the production of the new Troyce Gatewood and Partners Fall Movie Nights in Frederick.

Chauvin said he has a child in middle school, and it’s been tough to find fun things to do together during the pandemic.

“I think it’s going to be a good thing just to be able to have something to do outside with relatively close friends, six feet apart,” he said.

The six-week drive-in series starts Friday, with tickets ranging from $25 to $35. There will also be a rotating cast of food trucks throughout the series.

It’s a local effort benefiting several Frederick and area businesses that are sponsoring the event.

“It’s just a way to give people something to do outside and with their neighbors in a safe way,” Chauvin said.

And they’re working to give back to the community through the drive-in as well.

One dollar of each ticket will be donated to the Unity Campaign to help local Frederick nonprofits. The event is sponsored by Blessings in a Backpack of Frederick.

The movies range from grownup-styled fare such as “American Graffiti” and “Talladega Nights” to more family-friendly films such as “Madagascar” and “Harry Potter.”

“Now that everybody’s sort of going back to work and kids are back in school,” Chauvin said, “I think the ability to have something as an outlet is going to be a good thing.”