Parts of Frederick County got hit with as much 6 inches of rain in the span of three hours Tuesday night. It shut down cars, stopped a MARC train and even left the YMCA under 10 feet of water.
Listen now to WTOP News WTOP.com | Alexa | Google Home | WTOP App | 103.5 FM
(1/5) 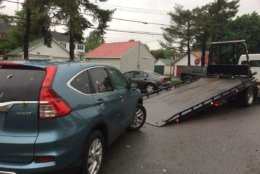 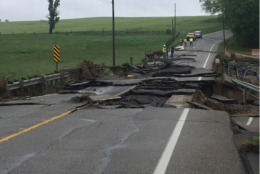 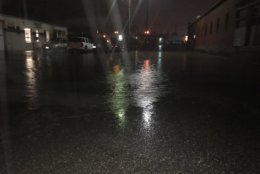 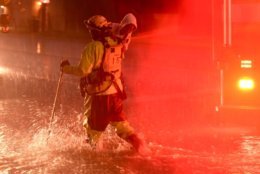 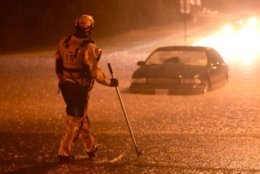 FREDERICK, Md. — The YMCA of Frederick County was among several buildings in and around Frederick, Maryland, that were damaged by severe weather and flash flooding that hit the area Tuesday night.

“It is significant damage,” said the facility’s CEO Chris Colville. “We got about half a dozen pumps pumping water out of the pool area and the basement.”

According to Colville, the building had 8 to 10 feet of water in its basement.

It isn’t the first time the YMCA has dealt with this kind of thing. In 2015, the building sustained more than $1 million in damage from a severe storm.

“Once we can get down into the basement safely, we’ll get to assess the damage,” she said.

Just outside the facility, cars were submerged during the storm in waist-deep water, and they were not starting back up Wednesday morning.

“It’s just soaking wet inside, and the battery is dead,” said Candy Alexander. “It moved forward a little bit and stopped, and that was it.”

Alexander had to have her car towed away.

Many basements of residences and shops in Frederick’s downtown area were flooded, as parts of Frederick County got hit with as much 6 inches of rain in the span of three hours.

More than 80 people got stuck on a MARC train for about five hours when floodwaters on the tracks started rising.

No one was hurt, though plenty of cars had to be towed out of the water, said Michele Bowman of the Frederick City Police Department.

“We were dealing with a lot of stranded motorists who found themselves in high water,” Bowman said. “When you’re driving on dark roads, it is hard to see.”

First responders had to rescue people who were trapped in their cars, and police were forced to close several roads.

Maryland man dead after tractor-trailer strikes him on I-270