The federal bureau of Alcohol, Tobacco, Firearms and Explosives says it's assisting in the investigation of an apparent pipe-bombing that damaged a police vehicle in the Western Maryland town of Thurmont.
Listen now to WTOP News WTOP.com | Alexa | Google Home | WTOP App | 103.5 FM
(1/2) 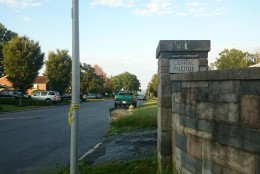 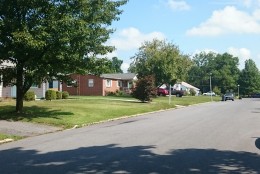 THURMONT, Md. — A rural Maryland neighborhood was rattled early Wednesday morning when a pipe bomb placed on top of a police SUV exploded.

A veteran Thurmont police officer had gotten home after midnight when the bomb went off outside his house just minutes later.

The blast damaged the hood and windshield, and a side window of the marked town police vehicle. No one was hurt by the explosion.

“If you attack my officers or anybody in this town, I take it personally,” Thurmont Police Chief Gregory Eyler told WTOP.

The department, along with regional and federal partners, is analyzing the pipe bomb and the vehicle to help them find the culprit.

Eyler says it was a homemade device.

“It had about maybe an eight-inch cylinder with the two caps on it and the fuse of course,” Eyler described. “You can go to a hardware store and buy it; you get on the internet and make it. It’s as simple as it can be. Unfortunate, but it is simple.”

Police say the blast was so loud it rattled the windows of homes a block or two away.

Trudy and Wes Wales live down the street and heard the blast. “My husband is extremely hard of hearing and he didn’t have his hearing aids in, but he heard the explosion,” Trudy remembered.

“It went off so loud that I jumped out of bed,” Wes added.

They are concerned with the rising trend of people attacking police.

“We moved from Baltimore to be safe,” Trudy Wales explained, saying she has lived in Thurmont for 15 years. “Nothing like this has ever happened.  It is Mayberry, just about.”

It’s also a concern for Eyler.

“We don’t know if [the officer] was an actual target or if it was police in general with everything that’s gone on around the nation,” Eyler said.

“It’s getting out of hand across the nation. I know the police are getting blamed for everything and, yes, there are bad cops, but there’s a lot of good cops. We’re not at fault for everything that goes on in this country, so we do take it personally and we’re going to find out who actually did this.”

The officer is described as a veteran who had retired from the Frederick Police Department and has been with the Thurmont police for about seven years.

Eyler says the department is actively looking for the bomber, though no suspect has been identified yet.

“Everybody heard the noise, of course, but somebody out there knows what happened and somebody’s talking about it, and that’s what we want to know.” 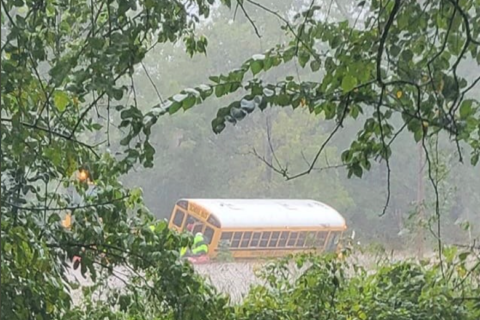