Growing up in Dallas, Texas, food writer Priya Krishna was no stranger to classic American kid cuisine, such as pizza and grilled cheese sandwiches.

Only, Krishna’s mom made her pizza on roti and topped it with cilantro chutney. And instead of flimsy slices of American cheese, her family’s griddled sandwiches were filled with a tangy, herb-packed yogurt.

It’s these recipes, plus plenty more, that Krishna chronicles in her hit cookbook, “Indian-ish: Recipes and Antics from a Modern American Family,” which gives readers a taste of what it was like growing up American in an Indian family.

“I wanted to not only tell a story about what it means to be a kid of immigrants … and what that experience looks like, but I also wanted to write a book that was a really accessible entry point into Indian flavors,” said Krishna, who co-wrote “Indian-ish” with her mother, Ritu Krishna.

“And I noticed that my mom’s food, by virtue of the fact that she was a really busy working software engineer, is actually really easy and simple and straightforward and born out of the limitations of her only having access to ingredients found in American grocery stores.”

On July 13, Krishna will take the stage at the National Museum of American History for the institution’s monthly Cooking Up History demonstration and discussion.

Alongside food historian Ashley Rose Young, Krishna will share her family’s favorite foods featured in “Indian-ish,” and demo some of the book’s more popular recipes, including a variation on saag paneer that uses feta cheese.

Young said Krishna’s culinary story ties in nicely with a new exhibition case planned for the museum this fall — one that details how immigrants “use foodways as a way to stay connected to homelands, but also to share those foodways with neighbors and create connections and shape the palates of a diverse American public.”

“And Priya’s cookbook is just a wonderful example of someone reflecting on the foodways of her family and the kind of adaptive ways that cooks are integrating flavors from around the globe into the meals that they make at home,” Young added.

The July 13 Cooking Up History program begins at 1 p.m. in the museum’s Wallace H. Coulter Performance Plaza and is free and open to the public. By sharing her family’s culinary traditions, Krishna said she hopes people “see Indian food as everyday food and realize that these flavors are really accessible and not really similar to what you find in most Indian restaurants.”

Another goal of hers? To see a more “normalized” Indian-American experience.

“I feel like America is a country built on immigrants and we’ve lost sight of that. And stories like my parents’ and so many others are the quintessential American experience, to me. And I hope that our cookbook and our experience is seen as just American as a white family’s experience,” Krishna said.

Upcoming Cooking Up History events include a Julia Child-themed cooking demonstration on Aug. 9; a segment with Carlos Salgado on traditional Mexican regional cuisine on Sept. 20; and a discussion with “Moosewood Cookbook” author Mollie Katzen on Oct. 12. And be sure to mark your calendars for the Smithsonian’s annual Food History Weekend, taking place Nov. 7-9.

Try an ‘Indian-ish’ recipe ahead of the event, courtesy “Cooking Up History.” 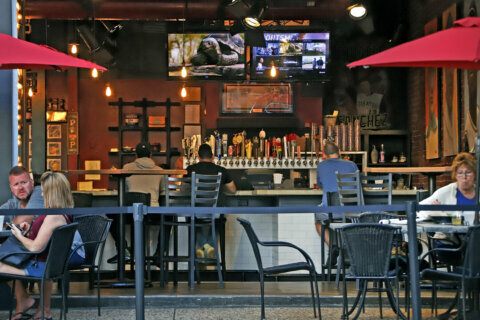 Americans were disappointed in chain restaurants even before the pandemic 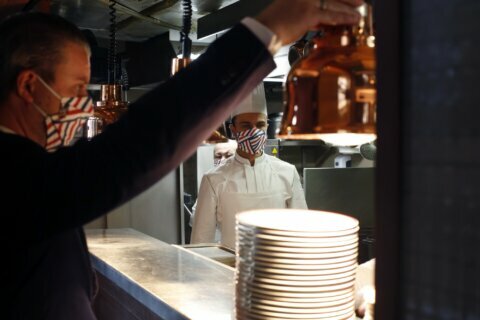 Finding a recipe for recovery: What does the future of dining look like?