Cooking lunch for kids isn’t too far of a departure from preparing plates for more discerning palates. Just ask one chef who traded in his position at one of the world's best restaurants to work in school cafeterias.
Listen now to WTOP News WTOP.com | Alexa | Google Home | WTOP App | 103.5 FM

Dan Giusti spent several years as head chef at one of the world’s best restaurants. But one of the most important lessons he learned in food service didn’t take place in the kitchen at Copenhagen’s famed Noma over a plate of meticulously arranged vegetables.

It happened in a public school cafeteria in New London, Connecticut, over a peanut butter and jelly sandwich.

“I’m embarrassed that I took it off the menu at one point,” Giusti said about the childhood staple.

“You let your ego get in the way of feeding kids.”

The sandwich incident is one of many unexpected hurdles Giusti has faced in the most recent chapter of his culinary career. About three years ago, he traded in the prestige of crafting Michelin-star menus to help redefine school lunch.

“I got into cooking to feed people,” Giusti said.

“Not only did I want to cook for a lot of people, but I wanted to cook for people on a daily basis to really kind of affect the way they were living their lives.”

With his company, Brigaid, Giusti recruits professional chefs to work with interested school districts and create from-scratch meals on a budget of a few dollars, all while adhering to the national nutritional standards. The chefs also train the cafeteria staff to prepare and serve the meals.

“We like to think of the school kitchens really as just any other kitchen, and the food we’re serving as any other food,” Giusti said.

In its first two years, Brigaid worked with six schools in New London, where the team distributed more than 1 million meals. For the 2018-2019 school year, Brigaid expanded to New York City Public Schools and worked in a few schools in the Bronx.

Giusti said making lunch for kids isn’t a far departure from cooking for more discerning palates. He said the food at Noma is “very avant-garde.”

“So even though we were serving folks that were traveling around the world eating, a lot of the stuff we served was a little out there for them,” Giusti said.

Similarly, a plate of hummus piled with veggies, feta cheese, za’atar vinaigrette and warm flatbread is unfamiliar territory for a lot of young students. (That’s one meal Giusti and his team have whipped up for the kids, although it’s not served as often as some of the others he has introduced.)

“There will be a time that these kids decide they want to try something new, but until then, it’s most important that they’re comfortable, they feel good, they’re eating,” said Giusti, who added that for many students, school lunch is their only full meal of the day.

“You can’t let your perception of what you should be serving to these kids get in the way of making sure that you’re feeding them.”

One of Brigaid’s more popular dishes among students is a barbecue chicken thigh, served with warm cornbread and potato salad. (Giusti said the first thing he and his team did when they started working in school kitchens was trade in processed chicken patties for bone-in, skin-on pieces of meat.)

“The cornbread’s warm, the chicken is nice and caramelized, the potato salad is nice and fresh. It’s just a simple meal that kids enjoy,” he said.

Pasta with homemade Bolognese or Alfredo sauce is another hit in the lunch line — and so is the peanut butter and jelly sandwich, which is something Giusti realized when he initially took it off the menu.

“The way I see things is lunch should not be a stressful time … so if a kid is not ready to try something new, we like to think that there are some offerings for them that are very simple.”

As with any effort to introduce change in an established system, Giusti said there are challenges to transforming school lunch. For starters, there’s the budget: Bringing Brigaid on board has initial startup costs, and some school districts are too strapped with other programming needs. Then, there’s the feedback from parents, teachers, advocates and experts.

“There’s such a varying opinion as to what is right. What should we be serving kids? And no matter how hard we try to do the right thing, there are always critics,” Giusti said, referencing those who support organic-only menus, or those in favor of a farm-to-table approach.

“And then, of course, getting kids to like the food is definitely one of the hardest things,” he added.

In the coming years, Giusti has plans to rework the model of Brigaid so that the company manages more of the food service side of things, in addition to the menu design and cooking. He is also “looking to expand in a grander sense” beyond Connecticut and New York, even eyeing D.C., which he said “was always at the top of the list.”

“The idea of being in schools and having the ability to impact young people is something that’s very exciting to me,” Giusti said.

“We’d like to think that the food that’s being served in schools will continuously improve.” 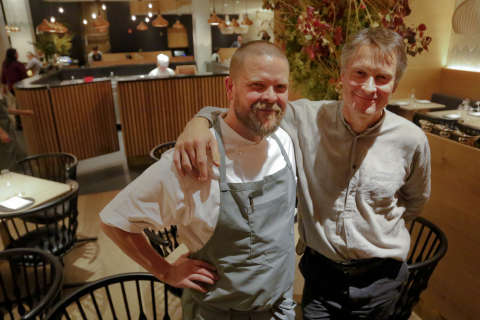 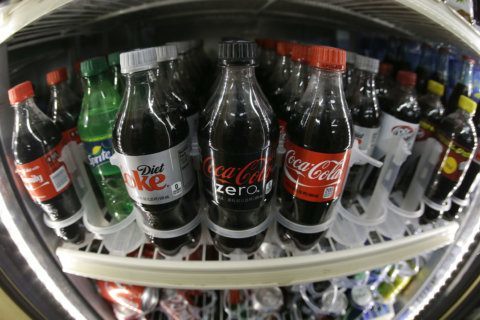 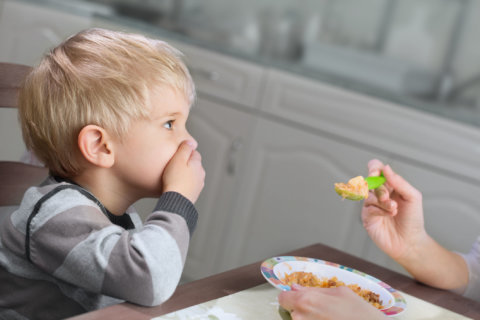 Enforce habit, not nutrition, when it comes to kids and eating