WASHINGTON — Greg Engert finds it hard to watch a musical, check out a set list or visit an art show without thinking about beer — more specifically, beer names.

After a performance of “The Rocky Horror Picture Show” at D.C.’s Studio Theatre, Engert, who serves as beer director at Bluejacket Brewery, had the name for the business’ flagship beer: Forbidden Planet. It comes from a line in the show’s opening song.

The rock band Kiss is the inspiration behind Bluejacket’s altbier, Strutter, and a stout on the menu, Mexican Radio, is named after “a classic kind of cult, one-hit wonder song from the early 80s,” Engert said.

Gone are the days of boring beer names. In a booming industry that shows no signs of slowing down — the number of craft breweries in the U.S. nearly tripled between 2012 and 2017, growing from 2,420 to 6,266 — brewers are tapping into their creative sides to conjure up original names for their barrels and bottles. 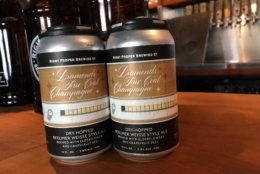 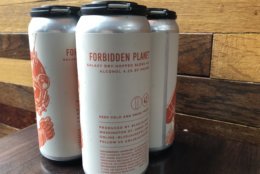 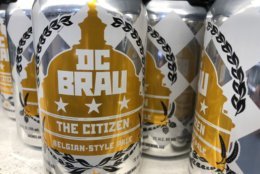 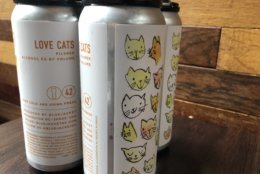 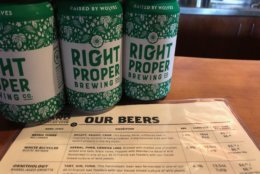 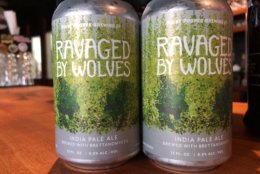 “With [6,000]-plus breweries in the U.S., each of which is making — not five or six beers a year — but dozens and dozens, there are a lot of names that have been used,” Engert said.

“It’s getting increasingly difficult to be as direct with your naming relationships. We’ve definitely become a little more obscure.”

At Bluejacket, there are three major players in the beer-naming game: Engert, founder Michael Babin and creative director Kris Mullins. Engert said they all keep a master list of names they’ve come up with over time.

“I’ll just see a name I think is great and throw it on the list,” said Engert, who added that in addition to music, literature and art provide plenty of inspiration.

When Bluejacket makes a new beer, Engert consults the list and “starts matching them up.” Sometimes the matches are more intentional. Bluejacket’s Mexican Radio, for example, is a sweeter style stout with a spice that draws on a Mexican mole sauce.

Others are more random, such as the pilsner Love Cats.

“It wasn’t because of anything specific. It just sounded like a cool name for a new pilsner,” said Engert, who estimates that Bluejacket has brewed close to 500 beers in its nearly five years.

The name also lends itself nicely to a label. Artist Kelsey Alabiso, Engert’s wife, is behind the colorful cat illustrations on the cans.

download audio
For craft brewers, 'names are harder and harder to come by' (WTOP's Rachel Nania)

“Certainly cans, and Instagram, and photos and names are all super important to marketing the beer. And I think, in some ways, the less obvious a name is, the more suggestive it is, is even better. It kind of gives you more reasons to like the beer,” Engert said.

“It doesn’t all have to be tied to what’s inside the can. It can be that the liquid is delicious on its own, and then the marketing and design can be amazing on its own, too, and it just gives you more reasons to attract the guest to want to try a product.”

Right Proper Brewing Company’s head brewer and co-owner Nathan Zeender also keeps a digital list of potential names for the beers he brews at Right Proper’s Brookland location. But unlike Engert, he’s the sole owner of the list and the one with the final say.

“If you look at the (brewery’s) current offerings, it’s a mix of music, movies, literature,” Zeender said about Right Proper’s beers.

Botanicals used in the brewing process also play a role in Zeender’s choices. For example, Zeender said the name of the hops used in the recipe for Raised By Wolves translates to “ground wolf.” The brewery’s newer beer, Ravaged By Wolves, has a similar foundation to its predecessor, but carries a more intense flavor. Thus, a wilder name was needed.

And the floral and citrus notes in Right Proper’s Berliner weisse prompted Zeender to name the beer Diamonds, Fur Coat, Champagne (also the title of a song by the band Suicide).

At DC Brau, CEO and co-founder Brandon Skall said there’s less of a process when it comes to naming; everyone is encouraged to contribute ideas.

“At the (end of the) day, the best name wins, and we really want to go with something that’s unique and we care more about the power of the name, rather than where it came from,” Skall said.

Similar to Bluejacket, some beer names at DC Brau pull from music. The double IPA, Killed By Asteroids, references art off the album of a Philadelphia-based metal band.

“That just always stuck in my head and I thought, ‘Hey, this would be a really cool beer name,’” Skall said.

On the Wings of Armageddon was named after the year in which it was brewed (2012), which according to the Mayan calendar, signified the end of the world.

Skall said the beer was originally going to be Wings of the Apocalypse, but then a Virginia-based brewery released a beer called Apocalyptic. Skall subbed in “armageddon” and expanded the name after recalling the song, “On the Wings of Love.”

Engert, Skall and Zeender all say doing due diligence to make sure the name under consideration hasn’t been used by another brewery is incredibly important. They use beer review and ratings websites to double check an idea — plus, good old-fashioned Google.

Even still, the method isn’t perfect for the thousands of brewers working to name their beers.

DC Brau has been on both sides of the issue, “where folks come up with our names and where we come up with other people’s names — I believe every time, pretty much, purely just by coincidence,” Skall said.

“When we were in the wrong we opted very quickly to change that out.”

“Which actually, I think, is a much cooler name and made for a really cool graphic also,” Skall added.

“Names are harder and harder to come by and you’ve got to get more and more creative.”