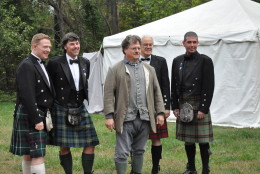 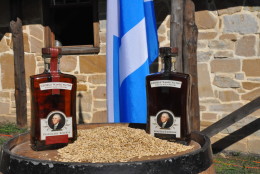 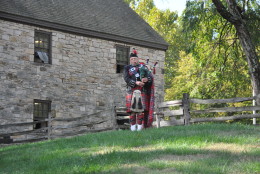 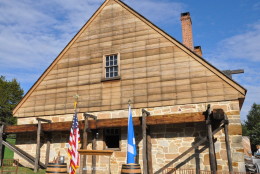 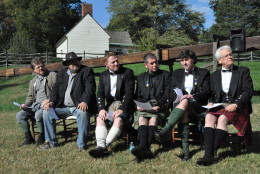 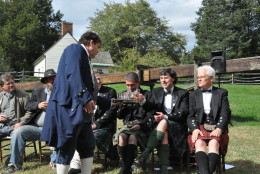 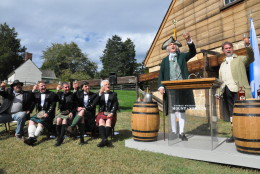 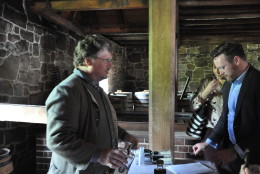 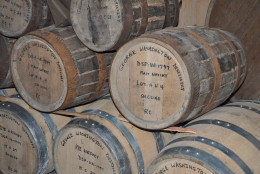 WASHINGTON — The sun was out — and so were the kilts — Tuesday morning at George Washington’s Mount Vernon Distillery.

But this wasn’t their first trip to the historic Alexandria site.

“This is a culmination of three years of activity,” says Dave Pickerell, the master distiller at George Washington’s Mount Vernon.

In 2012, the Distilled Spirits Council of the United States and the Scotch Whisky Association teamed up to bring the Scottish distillers to Mount Vernon to collaborate on a rare batch of single malt whisky.

For the Scottish distillers, the experience was one of familiarity.

Lumsden says similar to operations at Mount Vernon, the distillation process in Scotland hasn’t changed much in the past 200 to 300 years — although modern technology has made a few things easier with “better control and a much better understanding.”

“But essentially what we do is the same, so doing it here, it came quite naturally to us,” he says.

“We didn’t measure anything — it was all just done by taste. And eventually, I think we came to the conclusion that what we were making wasn’t half bad,” he says.

The final product tasted familiar to the Scottish distillers too. “It tastes a lot like the single malt Scotch as we know it back in Scotland,” Lumsden says.

Pickerell, formerly of Maker’s Mark, says the collaboration was a nod to the Virginia distillery’s history.

“We thought it would be a great time to acknowledge the fact that Mr. Anderson, George Washington’s plantation manager, was of Scottish descent. He’s the guy that recommended [Washington] build the distillery here,” he says.

During his time at Mount Vernon, America’s first president made rye whiskey, which is comprised of about 65 percent rye and 35 percent corn. The 2012 Scottish-style whisky was made with 100 percent malted barley, which was smoked with peat to impart special characteristics from Scotland.

The grain was also separated from the wash before fermentation in the single-malt process. “Which is different from what we do in America, where we leave the grain in all the way through the end of distillation,” Pickerell says.

Ten gallons of the Scottish-style whisky were barreled after a single distillation (the Distillers’ Reserve) and another 10 gallons went through a second distillation process before going to barrel (the Limited Edition). Both batches of the whisky were aged in bourbon casks and finished in Madeira barrels.

Most Scotch whiskies age longer than three years, but Lumsden says the group decided on a three-year aging process after consulting with U.S. colleagues.

“Obviously the climate’s a bit different here in the States than it is in Scotland … so we always had this idea it was going to be a relatively short maturation,” he says.

Mount Vernon’s Pickerell, who bottled the whisky on Oct. 3, describes the final product as “glorious.”

“It’s still a little young — for Scotch it would normally be 10, 12 years old and this is 3 years old — but it’s a very, very, very good spirit, and I am very pleased to have been part of it,” he says.

Two bottles were auctioned off at the 14th annual Spirit of Mount Vernon Industry Gala Tuesday night for $26,000; others will be gifted to those involved in the process.