You’ve likely seen the brightly colored bags on the beach and at the pool, but did you know a predominantly women-run company based in Georgetown is behind them?
Listen now to WTOP News WTOP.com | Alexa | Google Home | WTOP App | 103.5 FM

WASHINGTON — Deb Waterman Johns worked as an assistant editor at Vogue during one of fashion’s most exciting times: the ’80s.

“Everything was fantasy. It was ‘The Wolf of Wall Street,’ it was ‘The Devil Wears Prada,’ and it was fantastic because it was surreal,” she said. 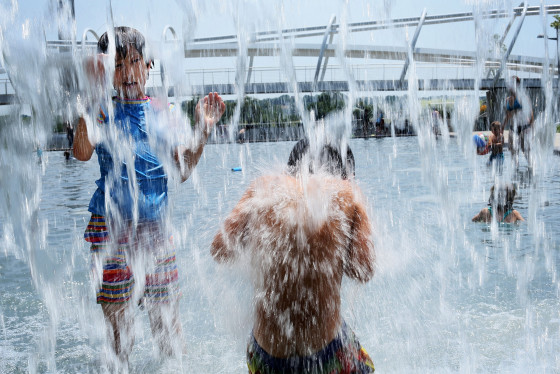 26 places to cool off this summer

Whether you're in the mood for a quick run through a park fountain, or prefer to spend the day swimming, sliding and sunning, we have you covered.

Little did she know that a $3 plaid bag she purchased on Canal Street would change the course of her career from Manhattan editor to D.C. designer.

“I came across a bag that was made out of an all-weather plastic woven — it’s like the bag you see on the street vendors in that black, red and white plaid. It’s not terribly attractive, but it’s highly functional,” Waterman Johns explained.

She bought a few for a pop-up show, marked them up to $20 each and watched in awe as they disappeared within a few hours. A few months later while passing Helmut Lang’s store in Milan, she saw the same bag in the window.

“This time, it had an open shape, leather bottom, great handles and it was $450. I said, ‘Wait a minute: Trends start at the top and the bottom and meet in the middle.’”

Waterman Johns decided she wanted to be that middle.

Fast-forward to 2004: Waterman Johns, a mother of four living in Georgetown, launched a line of patterned all-weather woven bags, named after her dachshund, Scout. Her passion for fabric and design and her need for functionality and organization were the motivation behind her small startup.

Since then, the brand has grown to include everything from coolers, to backpacks, to storage solutions — many of which can be easily spotted at beaches and pools up and down the East Coast. This year, Waterman Johns and her team of 20 employees (made of mostly women and her husband as CEO) moved their District-based business into a larger, more visible showroom on 33rd Street NW.

“This new space gives us a window to the outside world,” Waterman Johns said.

“The amount of street traffic that now comes through Georgetown to the lower part of Wisconsin has increased remarkably. When we moved here 27/28 years ago, a lot of that traffic was above M Street.”

Thanks to new businesses on Grace Street, including Chaia, Grace Street Coffee and Dog Tag Bakery, along with the development of Cady’s Alley, more people are exploring the neighborhood along the canal and by the river. Waterman Johns is hoping they’ll catch a glimpse of SCOUT en route.

The showroom is not a retail location — SCOUT products are sold online and in about 1,600 boutiques across the country — but Waterman Johns does have plans to open it up to the public. So far, she’s hosted industry events and a pop-up shop, and has plans for more later this summer.

Part of Waterman Johns’ role as the company’s chief creative officer is to discover new patterns and designs for SCOUT’s growing line of products. She finds inspiration in everything from wallpaper to fashion magazines, and then modifies and adapts them to fit the brand’s style.

Waterman Johns says in a town like D.C. where residents are always on the go, there will always be a need for bags. And now, more than ever, Washingtonians are open to experimenting with something beyond the basic black tote.

“That is a little bit like swimming upstream, when you are talking about fashion and color in Washington, but, and I will say this again, thanks to Michelle Obama, the dialogue started again. People see fashion as attainable, and not just aspirational,” Waterman Johns said.

“At the end of the day, Washington is evolving. We are still a very serious town with serious causes, and that’s really important, but I think people travel a lot, move around a lot, have real balanced lives here — they want to have some fun.” 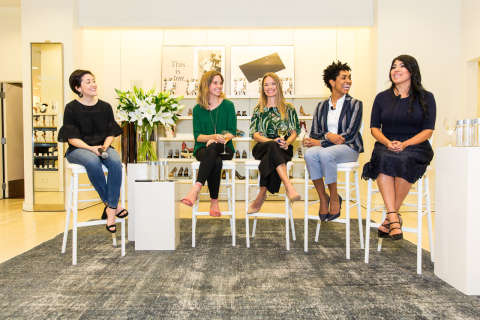 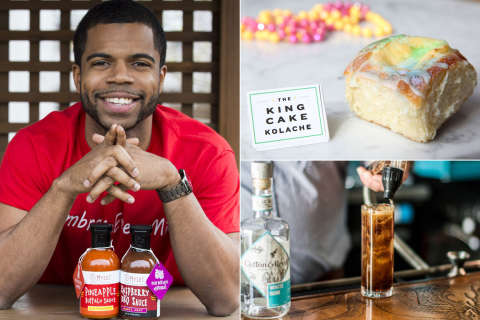 Aspiring food entrepreneurs leave behind the 9-to-5