Holidays: 'Enchant' shines with millions of lights in Nats Park | Where to see holiday lights | Send in photos of decorations | How to give greener this season
Home » Fairfax County, VA News » Report: More background, reference…

“Our board of directors has been very clear in working with lawmakers and elected officials and our partners in law enforcement to make sure that we have tighter rules, boundaries and guidelines for notification moving forward,” Superintendent Michelle Reid said.
Listen now to WTOP News WTOP.com | Alexa | Google Home | WTOP App | 103.5 FM

After a Fairfax County, Virginia, counselor managed to stay on the job for 20 months after his first sex crime arrest and conviction, the county’s school system ordered an independent look into what went wrong and how to prevent a similar siltation in the future. Some of the report’s results and recommendations were released to the public on Tuesday.

Among the takeaways from the independent report was that both statewide and locally, some “systemic issues” exist, among them, the way arrest and conviction information about school staff is shared.

“Our board of directors has been very clear in working with lawmakers and elected officials and our partners in law enforcement to make sure that we have tighter rules, boundaries and guidelines for notification moving forward,” Superintendent Michelle Reid told members of the Glasgow Middle School community, where the former school counselor, Darren Thornton, once worked.

Thornton remained a county employee despite his conviction, and was only put on leave and then dismissed after he was arrested on June 9 during a second sting operation.

More frequent background checks have been called for by parents since what happened came to light, which was also a recommendation in the report. Reid said that while the school system is looking into many options, Fairfax County Public Schools would like to have access to an FBI program, known as the Rap Back service, which she said could allow for seamless background checks for all staff members.

“We feel that the safety of all students in the Commonwealth would be improved with a partnership such as that,” Reid said.

School board member Ricardy Anderson, who represents the Mason District, said she agreed that the FBI program would be beneficial for school systems across the state.

“We also need that information across the country because we do have people who move to Virginia from all over,” Anderson said.

Reid and Anderson said they encourage state leaders to help in enrolling the commonwealth in the program.

State Senator Scott Surovell said his legislation passed in 2021 will lead to the state having access the Rap Back service.  Surovell told WTOP in an email that it would not be implemented until 2025 because computer architecture needs to be rebuilt to support the system.

Reid also told the community that as a result of the recommendations, more will be done to screen those applying for jobs with the school system. This would include contacting the central office of an applicant’s former employer and information sharing on personnel between jurisdictions.

The recommendations also included making sure educators’ professional licenses are in good standing and being able to quickly petition to revoke licenses and dismiss current staff convicted of crimes that would bar them from being a teacher.

Also, resignations would not be an option for those who commit crimes that bar them from being allowed to teach or be around children.

“We want to make sure that that staff member doesn’t just go under the radar and potentially be picked up and hired in another division or another state because there’s not that action taken,” Reid said.

Reid told parents the entire report would not be released because parts of it are protected by attorney-client privilege. Parent Kathleen Brown credited Reid for explaining that the report may contain some sensitive information, but she feels the community needs to see it.

“I think we as parents in this school system, that’s one of the largest in the country, we need to understand what happened here, and why it happened and how a teacher was able to ghost his position for months with that not triggering the concerns of the school,” Brown said.

In a letter to parents outlining some of the recommendations, Fairfax County schools said many of the suggestions will begin going into effect in the coming weeks.

“We’re committed to the recommendations proposed and look forward to turning a page on this work and restoring trust with our community and making sure that nothing like this ever happens again in Fairfax County Public Schools,” Reid said. 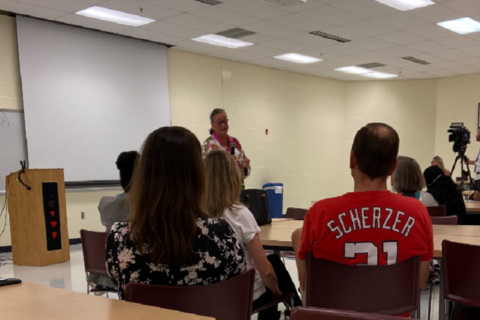 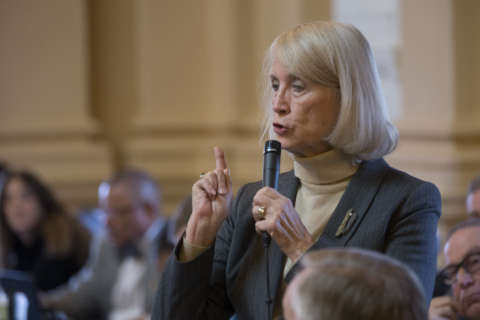 Virginia delegate: Law on notification of school employee arrests may need to be updated