Longtime teachers in Virginia’s largest school system could see a pay increase as part of next year’s budget.

Fairfax County Public Schools is considering adjusting its salary scale in an attempt to recruit new employees and incentivize current workers to remain in the county.

The county is discussing using $4.3 million to add an additional step to current salary scales, as part of its proposed budget for the next fiscal year. Many school system employees, including teachers and bus drivers, are paid using a step system, which ties salary to length of service.

The change would offer an additional step to the top of the salary scale used for teachers and would impact about 10% of the school system’s employees, officials said during a school board work session this week. The added step could motivate staff at the top of the scale to return rather than retire or look for jobs in surrounding jurisdictions.

Fairfax County has fewer steps on its salary scales than neighboring jurisdictions, according to a presentation shared with the school board. The recommendation comes as school officials said the county is experiencing “great difficulty” in recruiting enough teachers, bus drivers, food service workers and central office personnel.

“We’re also challenged at the end, where employees can say, ‘I’ve got my 25 [years] in Fairfax County and I can go. Why should I stay? I’m getting flatlined on my salary,'” Superintendent Scott Brabrand said during Tuesday’s work session. “Ten percent of our staff is at that flatline moment.”

The FY2023 budget also includes $1.3 million to adjust the salary scale for bus drivers. Brabrand said the school system is short 170 bus drivers under current operating capacity. While the tweak may help the county recruit new drivers, school board member Abrar Omeish said the change may result in current drivers being placed at a lower step in the new scale.

The proposed step increase for bus drivers, in addition to the 4% cost of living raise, would provide drivers with an average pay increase of 8.68%, according to school board documents.

The budget also provides funding for an increased hourly rate for family liaisons, who oversee communication between schools and families.

Funding for two additional professional development days is also included in the budget. School board member Megan McLaughlin said during the session that the $22 million in funding needed for those days “could go to so many other places” and urged board members to consider the need.

Brabrand said teachers have indicated “they need the time.”

A final vote on the $3.3 billion budget is scheduled for May 26. 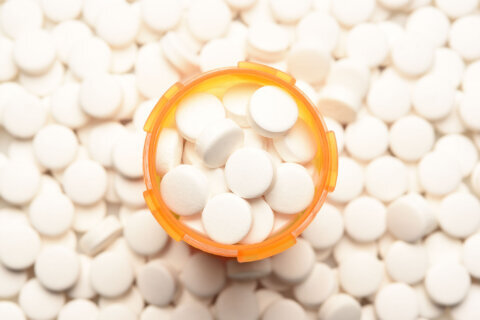