Some students in Fairfax County, Virginia, will soon be guaranteed a day off school to participate in protests, a spokeswoman for Fairfax County Public Schools confirmed Thursday evening.

Beginning Jan. 27, 2020 students in seventh through 12th grades will be permitted one excused absence each school year to engage in “civic engagement activities,” according to Lucy Caldwell, school spokeswoman for Fairfax County Public Schools.

Caldwell said the new policy will enable parents to excuse students up to two days before an event. Activities students can take a day off for include marches, meetings with local delegates, senators or congressmen and other types of involvement within the community.

Students were already taking days off school to attend protests and the like, but the policy had never been put into writing.

“The school board felt that this was something that could be formalized and wanted to put into writing. There were many students who were engaged and have been engaged and it was decided that it was time to go ahead and put into place,” Caldwell told WTOP.

Back in October, Del. Vaughn Stewart was among 18 state and local leaders who signed a letter appealing to the Board of Education to consider excused absences for students wanting to participate in civic engagement in Montgomery County.

Fairfax County Public Schools is one of the largest school systems within the U.S. and the largest within Virginia, with 188,000 students in attendance. It is the first district to initiate the new rule. 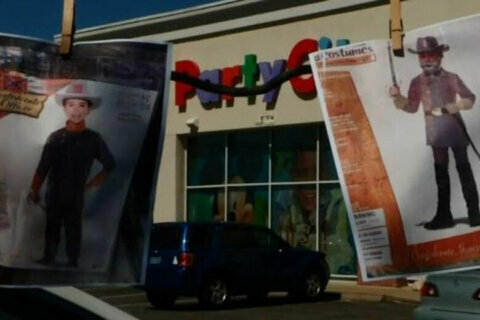