Fairfax Co. student admits she made up claim that classmates cut her dreadlocks; school confirms

A Fairfax County, Virginia, student who had accused her classmates of cutting her hair and using racist insults last week now admits that she made up those allegations, her private school confirmed Monday.

Immanuel Christian School, in Springfield, Virginia, said in a statement that it is going to enter a “long season of healing.”

The school said Monday that it is grateful to the police for their diligent work to investigate the allegations. Fairfax County police investigated the alleged assault.

The family of the 12-year-old student who made the accusations said in a statement via the school that they sincerely apologize to the accused boys and their parents for the pain and anxiety caused by the allegations.

NBC Washington reported that the girl and her family met with school officials on Monday morning to apologize, but her family’s attorney said the girl maintains that she has been the victim of bullying. The family is seeking counseling for the girl.

Her family also apologized to the community that supported the girl. “We apologize for betraying your trust,” her family’s statement said.

The allegation was initially covered by many local news outlets and made national news.

The sixth-grade student, who is black, said three white classmates attacked her on the school’s playground on Sept. 23. She said the boys pinned her down against a slide and tried to cut her hair, while saying racist insults and calling her hair ugly.

The girl said she did not tell anyone what happened for two days, but eventually, her family told the school and got Fairfax County police involved.

Fairfax County police Chief Ed Roessler said in a statement last week that they were investigating an alleged assault at the school, but he did not add any details of the case or investigation because minors were involved.

When they learned about the accusation, the school issued a statement saying it was deeply disturbed by the allegations, and they cited a “zero tolerance” policy on bullying.

The school said that what happened revealed that it was “not immune from the effects of deep racial wounds” in society, and it will continue to support the students and families involved.

The girl’s family said that they understand there will be consequences, and they are prepared to take responsibility for them. “We know that it will take time to heal, and we hope and pray that the boys, their families, the school and the broader community will be able to forgive us in time.”

Here is the full statement from her family released via Immanuel Christian School:

“To those young boys and their parents, we sincerely apologize for the pain and anxiety these allegations have caused. To the administrators and families of Immanuel Christian School, we are sorry for the damage this incident has done to trust within the school family and the undue scorn it has brought to the school. To the broader community, who rallied in such passionate support for our daughter, we apologize for betraying your trust. We understand there will be consequences, and we’re prepared to take responsibility for them. We know that it will take time to heal, and we hope and pray that the boys, their families, the school and the broader community will be able to forgive us in time.”

Here is the full statement from the head of Immanuel Christian School, Stephen Danish:

“We can now confirm that the student who accused three of her classmates of assault has acknowledged that the allegations were false. We’re grateful to the Fairfax County Police Department for their diligent work to investigate these allegations. While we are relieved to hear the truth and bring the events of the past few days to a close, we also feel tremendous pain for the victims and the hurt on both sides of this conflict. We recognize that we now enter what will be a long season of healing. This ordeal has revealed that we as a school family are not immune from the effects of deep racial wounds in our society. We view this incident as an opportunity to be part of a learning and healing process, and we will continue to support the students and families involved.

We will also continue teaching what we’ve taught for more than 40 years: that the love of God is for all people, and as His children, we should demonstrate that love equally to all people regardless of their background, what they believe, or how they behave.”

Editor’s note: Earlier coverage of this story included the name of the 12-year-old girl after her family made her available to the media. 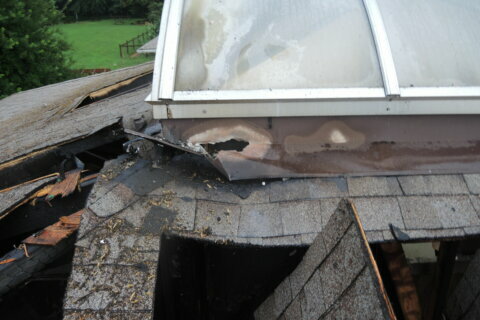