Fifty-two other residents of Springfield’s Greenspring Retirement Community were also infected with the as-yet-unidentified bug, and a total of 18, including the two who died, have needed hospitalization, according to the Fairfax County Health Department. The illness’s symptoms range from coughing to pneumonia.

“While illnesses continue to occur, there have been no new hospitalizations in the past couple of days,” county spokesman John Silcox said in a prepared statement.

Such outbreaks are not uncommon, he said, but they mostly occur during flu season.

Silcox added that the department and the facility — which has 263 residents — have been collaborating on reducing the risk of infection, such as “closing the facility to new admissions, canceling group activities, keeping ill residents in their rooms and increasing cleaning.”

Courtney Benhoff, a spokeswoman for the facility, said in a statement that it’s exercising an abundance of caution and taking all necessary measures.

“We remain vigilant in our response and will continue to provide frequent and transparent updates to residents, staff and family members,” she said.

Additional tests are being done by the Virginia Department of Health and Inova Health System, the health department said. 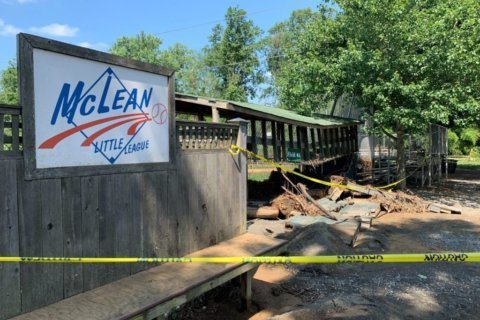