WASHINGTON — Two years after a shooting inside a Fairfax County, Virginia, home left a woman dead and her husband critically injured, the husband has now been charged with her killing.

Laszlo Pentek’s wife, 51-year-old Donna Pentek, was found shot to death inside the couple’s house in the 9200 block of Okla Drive in Fairfax on the afternoon of January 2017. Laszlo Pentek was also suffering from at least one gunshot wound and was taken to the hospital in critical condition.

At the time, police said they were looking into the shooting as a “domestic incident.”

But, O’Carroll said police kept an open mind as they investigated. “We’re committed to chasing down every lead,” he said. “So, I would say initially, this was a ‘whodunnit.’ Two years, one month later, I’m here to tell you who we’ve arrested.”

O’Carroll declined to share many of the specifics of the evidence against Laszlo Pentek.

He said there was no sign of forced entry or an intruder, and the husband and wife were the only people home at the time of the shooting.

He declined to say whether Laszlo Pentek had confessed.

Referring to the length of the investigation, O’Carroll said, “Sometimes, complex cases truly do take to work,” and he added that it was important for investigators to take their time “to get the investigation right.”

Laszlo Pentek was arrested by the SWAT team without incident, but a bystander apparently shared the team’s location and activities on social media, which led to a “close call,” O’Carroll said.

“If community members see something, there’s a time and a place” to post things on social media, O’Carroll said. “And, I’ll tell you that’s not the time nor the place to message out when members of our team are trying to do the right thing — and that’s take a person wanted for murder into custody safely.” 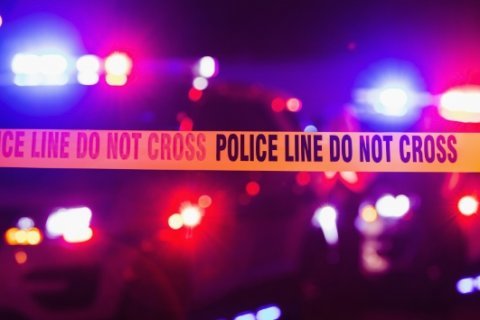