WASHINGTON — The family of a Fairfax County teenager found dead in a local park last January is trying to bring about change in the Amber Alert system.

Veronica Eyenga is trying to honor her niece, Jholie Moussa, who was just 16 years old when she died.

“We really just want to change that somehow, so that every child that disappears gets some sort of public awareness notification,” Eyenga said.

After Moussa’s death, Eyenga began Not A Runaway Inc., a nonprofit she said will focus on pushing for alerts to be sent in more missing children cases.

Police use Amber Alerts to quickly notify the public that a child is at risk of being harmed or killed through the emergency alert system.

Moussa left her home on Jan. 12, 2018, after her twin sister said she was messaging someone on her phone. Eyenga said her niece was seen on security camera footage at her home smiling, and maybe seemed even a bit anxious about who she was going to meet.

Fairfax County police decided there wasn’t enough for them to call for an Amber Alert. But Eyenga said the family knew Moussa didn’t run away since that was “not her style.”

“She didn’t have transportation, and it was not … approved or … discussed by anyone, including her twin, whom she shared everything with,” Eyenga said.

Moussa’s body was found two weeks later, in a park less than a mile from home.

A 17-year-old ex-boyfriend has been named a person of interest in the case. The teen’s name has not been released, but police have him under arrest for an unconnected alleged assault that was uncovered as police investigated Moussa’s death.

Moussa’s parents and sister have since moved out of the area because it was too painful for them to remain in Virginia.

“This has really been very traumatic,” Eyenga said.

Eyenga believes if an alert had been sent in her niece’s case, it may have saved her life.

She said her hope for her organization is that they can eventually get more light shined on the cases of missing children across the area.

“Some of these kids are nameless and faceless, and the community doesn’t even know about them,” Eyenga said.

Eyenga, who lives in Maryland, has asked local and national leaders to write bills that could make it easier to issue an Amber Alert. She said she thinks the changes need to start locally.

“We insist that any real change that happens has to start right here because we failed her tremendously. Anything we can do to save her legacy, as well as all those children who go missing every day, that is what we intend to do in Jholie’s name.” 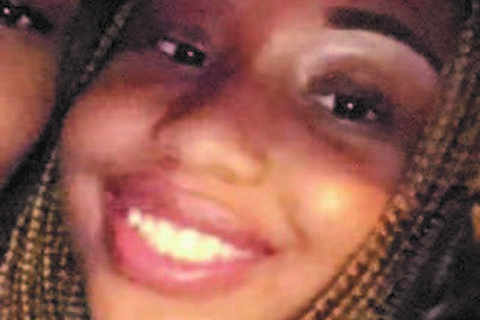