Teen killed in Va. crash remembered as a leader and ‘excellent student’

Connor McGowan, 17, died from his injuries more than a day after Fairfax County police say he lost control of the 2005 Jeep he was driving in Clifton.

WASHINGTON — A Fairfax, Virginia, high school community is grieving after learning the identity of a 17-year-old boy who died after a high-speed crash involving two other students.

17-year-old Connor McGowan died from his injuries more than a day after Fairfax County police say he lost control of the 2005 Jeep he was driving in Clifton.

He was identified in a letter home to parents by Robinson Secondary School Principal Matthew W. Eline.

“Conner was an excellent student,” Eline wrote. “He was on the class council and coached the 10th-grade powder puff team.” McGowan was also on the lacrosse team, and his younger sister attends Robinson.

The letter was released to the school community with McGowan’s family’s permission so that other families may prepare to support their children.

The letter said that the school will have counselors and the school system’s crisis team, who will be on hand to meet with students who need support.

Police said speed contributed to the crash, which sent the Jeep airborne before it hit a tree on Fairfax Station Road Tuesday afternoon.

Another boy and girl in the Jeep were injured. Eline wrote they are also students at Robinson. 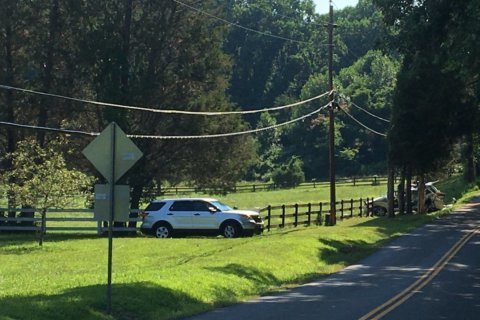