Centreville homicide victim is a juvenile

Unable to identify the victim after a body was found Wednesday in Centreville, Virginia, investigators released an image of a distinctive sweatshirt he was wearing, in the hope someone might recognize the skull and snake design.

WASHINGTON — The victim of a homicide in Centreville, Virginia, is under 18, according to Fairfax County police.

He was found in the 13000 block of Jeb Stuart Square in Centreville, Virginia, Wednesday morning.

A delivery truck driver called police after seeing a body laying in the street near Centreville Farms Community Association.

Police arrived to find the victim had sustained upper body trauma. They found no weapons nearby.

Unable to identify him Wednesday, investigators released an image of a distinctive sweatshirt the juvenile was wearing, in the hope someone might recognize the skull and snake design.

Investigations are working to determine how he was killed.

The Office of the Chief Medical Examiner is conducting an autopsy, according to Fairfax County police.

Detectives asking for the public’s help to Identify a homicide victim. He is about 5’6”-5’8” tall and was found wearing a sweatshirt with this design. https://t.co/eJ56A87eOq pic.twitter.com/VWeeEmbnE7 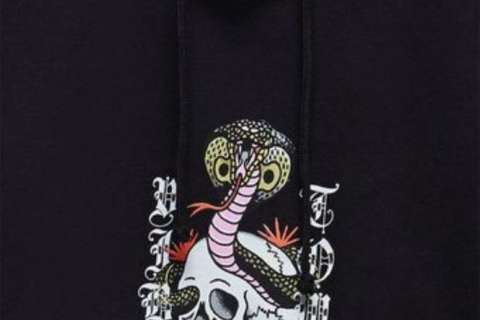