Va. man kills self with chainsaw in domestic dispute 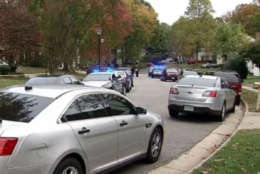 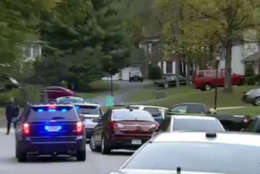 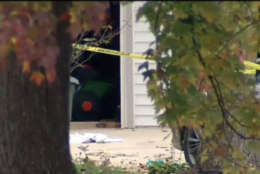 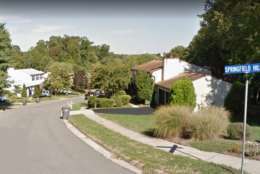 WASHINGTON — A man is dead following a gruesome domestic dispute at a home in Springfield, Virginia, that involved an ax and a chainsaw.

According to Fairfax County police, officers were called to the home on Springfield Hills Drive, a couple miles west of Interstate 95, Wednesday afternoon for a report of an assault with a weapon.

A 70-year-old man had been attacking his 76-year-old wife with an ax, police officials said.

“The victim in this case, which is the wife, was being hit with the non-bladed side of the ax,” said Reem Awad, an officer with the county’s police department.

Investigators said the 911 call was made after a family member showed up at the home and witnessed the attack.

The family member, a woman, tried to enter the home but could not open the door. She forced the door open and walked in to find the suspect holding the ax and standing over the victim, according to officials.

Both the family member and the wife were able to escape the home.

“The man followed them outside and a struggle ensued over the ax,” said Awad.

Eventually, according to police, the struggle ended and the man went back inside the home, closing the door behind him.

As officers arrived, they planned to establish a perimeter and begin talking with the suspect, but they noticed he appeared to be injured in his garage.

“When they realized he was injured they made immediate entry,” Awad said. “The wounds were self-inflicted, and they were believed to be caused by a chainsaw which was also found at the scene.”

Officers attempted to save the man’s life but they were not successful. He was taken to a hospital and pronounced dead.

The wife also was taken to a hospital in stable condition and is recovering from her injuries.

Police said they would not release the names of the people involved in order to protect the victim.

A map of where the incident took place:

WTOP’s Abigail Constantino and Liz Anderson contributed to this report.