WASHINGTON — Police in Fairfax County, Virginia, are investigating a series of burglaries that happened this week, adding to a pattern of crimes in Northern Virginia that involves stolen garage door openers.

The burglaries occurred at four homes, and all the incidents appear to be connected.

The burglar managed to get away with valuables, including a purse and wallets, Fairfax County police said.

A garage door opener had been stolen from each victim’s unlocked car, according to a news release from the Fairfax County Police Department.

On Wednesday in the early morning hours, police say someone stole the garage door openers and used them to break into two homes in the Fair Oaks district, not far from Inova Fair Oak Hospital.

The following day, the same thing happened at a pair of homes in Reston, in neighborhoods adjacent to Reston Hospital Center.

In three of the cases, homeowners spotted the suspect, describing him as a black man in his late teens to early 20s and around 6 feet tall. Officials say the man was described as slender and possibly weighing between 175 and 200 pounds.

The burglaries occurred at the following locations:

Anyone with information about any of these burglaries is asked to call Fairfax County police at 703-691-2131.

“The same way you don’t leave your cellphone in the car — take it in with you,” she said.  “Keep it at home if you can.”

This is not the first time stolen garage door openers have been used to break into homes in Northern Virginia.

Loudoun County authorities say five burglaries were reported around Sterling and, in each case, the suspect used a garage door opener taken from unlocked cars parked in driveways to gain entry.

Following those incidents, residents were urged to close garage doors when not outside, lock vehicles, exterior and interior garage doors, and avoid leaving garage door openers inside cars.

“Securing your windows and doors will greatly reduce the opportunity for a burglar to enter your home,” said Loudoun County Sheriff Mike Chapman. “We encourage residents to remain vigilant and report all suspicious activity immediately.” 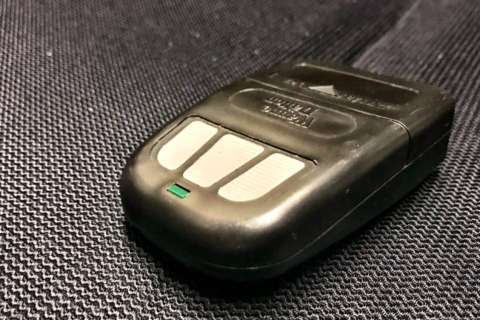