Woman dies after boy jumps off overpass on I-66

A 22-year-old woman from Olney, Maryland, is dead after a 12-year-old boy jumped from an overpass and landed on her car. Police are investigating the incident as a suicide attempt.
(1/3) 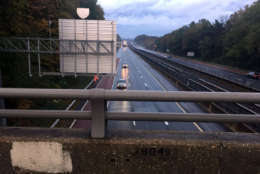 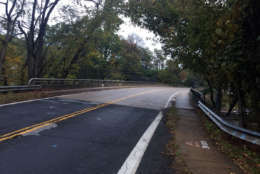 WASHINGTON — A woman is dead after a 12-year-old boy jumped from an overpass and landed on her car on Interstate 66 in Fairfax County on Saturday.

Marisa W. Harris, a 22-year-old from Olney, Maryland, was killed while driving east on I-66 when a 12-year-old boy jumped from the Cedar Lane overpass near Nutley Street, Virginia State Police say.

The impact incapacitated Harris, so her front-seat passenger, a 23-year-old man who was not injured, steered the car off the road. Harris died at the scene.

The boy who jumped was taken to the hospital with life-threatening injuries. Police are investigating the incident as a suicide attempt.

I-66 between Nutley Street and Gallows road was closed for several hours while police investigated the incident.

Below is the area where the crash happened.

This story was updated to reflect new information from the Virginia State Police.